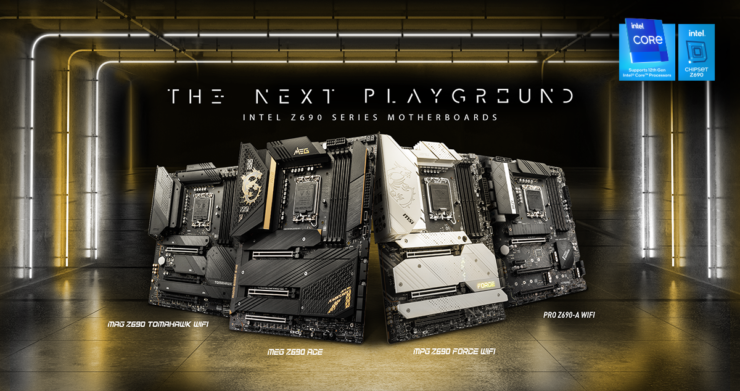 Like other manufacturers, MSI too has started rolling out its latest BIOS firmware to support Intel's 13th Gen Raptor Lake CPUs on Z690, H670, and B660 motherboards.

MSI will be gradually rolling out the BIOS firmware for its entire list of 600-series motherboards as it ensures full support for Intel's next-gen Raptor Lake Desktop CPUs which are supposed to launch later this year.

The motherboard manufacturer will also be rolling out the latest BIOS firmware for the remaining Z690, H670, and B660 lineup in the coming weeks which will allow users to be ready for the 13th Gen chips at launch.

The Intel Raptor Lake Desktop CPU lineup will be offering more cores, more cache, increased I/O capabilities, and faster multi-threading performance along with some insane clock speeds. The CPUs are expected to launch later this year and will also get new motherboards under the 700-series chipset family but those who want to retain their existing platforms, they can do so by loading the latest BIOS firmware for their respective motherboard through the official link.