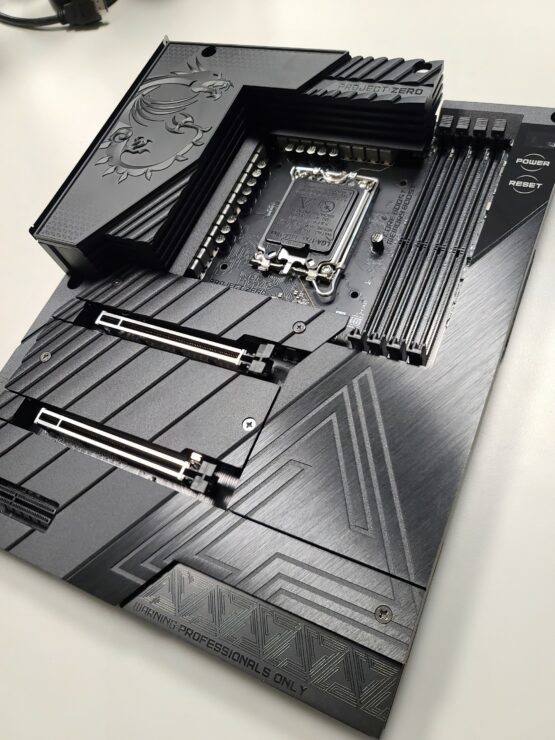 MSI is working on an internal DIY solution known as Project Zero with the aim of making PC Cable management easier and neater.

Based on pictures posted by @chi11eddog, it looks like MSI is working on a host of solutions that will fall under its Project Zero PC DIY Kit. The first of these products is a brand new Intel Z690 PCH-powered motherboard which is said to be part of the Unify series lineup. Compared to the existing motherboard, the new offering has virtually zero front-facing connectors.

Now as we saw with the Gigabyte's Project Stealth approach, the MSI Project Zero approach looks very similar and rids of all connectors such as power plugs, fan headers, RGB headers, and USB ports & SATA III headers too. It looks like the motherboard will feature those connections on the back of the PCB as showcased in the pictures. There are 6 SATA III ports, a USB front panel header, and a 24-pin ATX power connector, all of which are right-angled facing. The rest of the connectors are positioned on the top side of the PCB as we can see dual 8-pin connectors and triple 4-pin fan headers.

No connectors on the front
extension of Unify series?
perfect match with CORELIQUID S360

Moving the connectors to the back of the board will make cable management far easier & cleaner than having them on the front of the motherboard. You can also see the Diagnostic LED behind a front-PCB cover and both Power/Reset switches below it. Being part of the Unify series would mean that there will be no RGB LEDs on the motherboard. 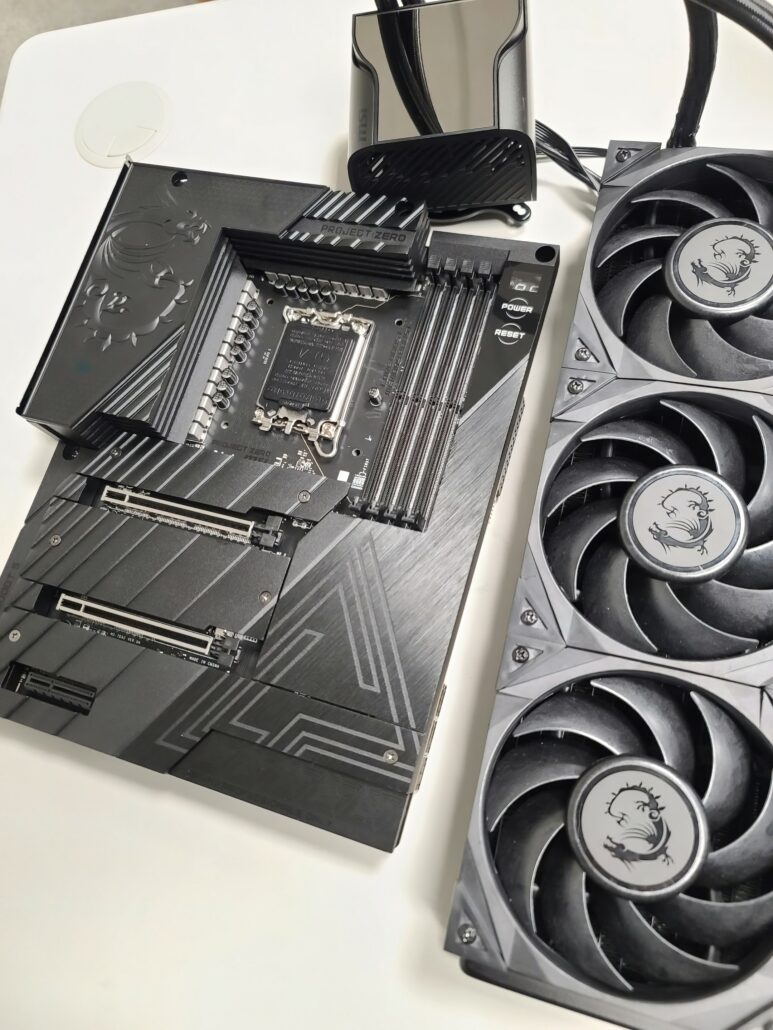 Such a motherboard design will be useless in existing PC cases which means that Project Zero is going to extend beyond just a cool motherboard design and MSI will offer its own gaming PC case as a part of the DIY Kit. The motherboard with its all-black aesthetics really does more just to the Stealth naming used by Gigabyte & AORUS for their own custom kit. That along with an MSI MEG Coreliquid S360 cooler makes for a perfect match. Now the question remains if MSI will only work on a motherboard and casing or go beyond that? Well, we will know for sure since Computex 2022 is underway and more details are expected to come soon!