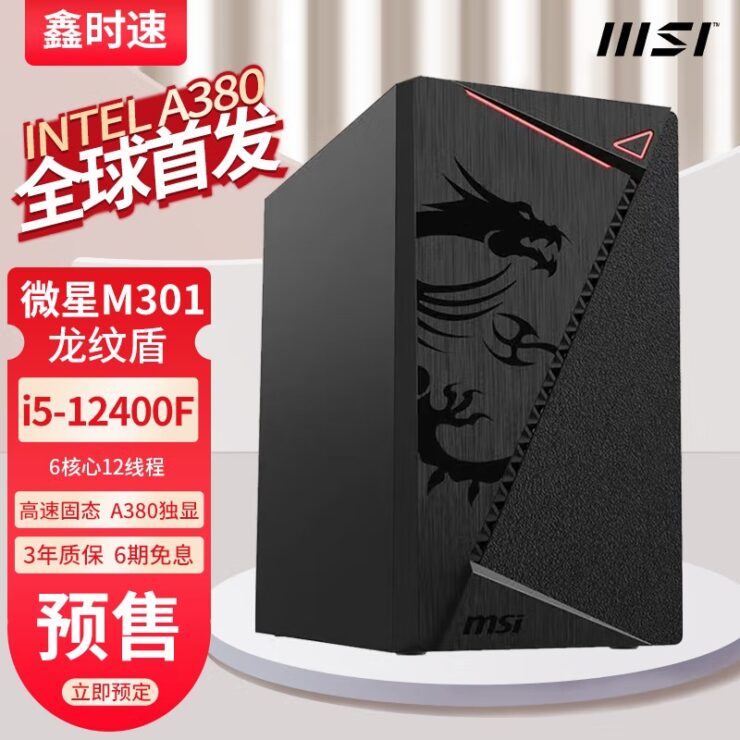 From what we can tell, the listing provided on JD.com by Twitter user Mark Stegner (@TheMalcore on Twitter) is the initial listing by the company showing it using the Intel Arc A380 GPU. This information is no surprise since Intel confirmed that the company would exclusively launch the Arc A380M in China through its regional OEM partners.

There is very little detail to grab from the listing as it is posted as a preorder item, so it is unclear what pricing and other information will become available and the timeframe. The only details provided by MSI are what the memory configuration of the Arc A380 GPU will be.

Pulling from previous details about the Arc A380, the GPU will offer a complete ACM-G11 GPU with eight Xe-Cores, and the memory is 6 GB of GDDR6 memory. It could stand to reason that the desktop versions will use a 96-bit memory bus, much larger than the mobile versions of 4 GB with a 64-bit memory bus.

MSI is not revealing the GPU manufacturer, but it would also be a solid bet that the company will utilize its designs. The system will be factory-overclocked upon leaving the factory as the product is labeled with 'OC.' 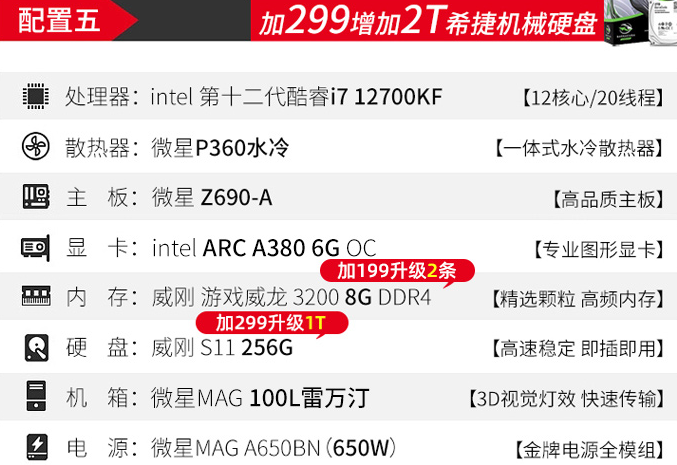 Specification of the MSI gaming PC with Intel Arc A380 6GB GPU, Source: MSI via JD.com

MSI offers some information about the graphics card's performance when in 1080p resolution modes while playing e-sports titles. The frames per second will range between 85 to 200 FPS, depending on the game being played.