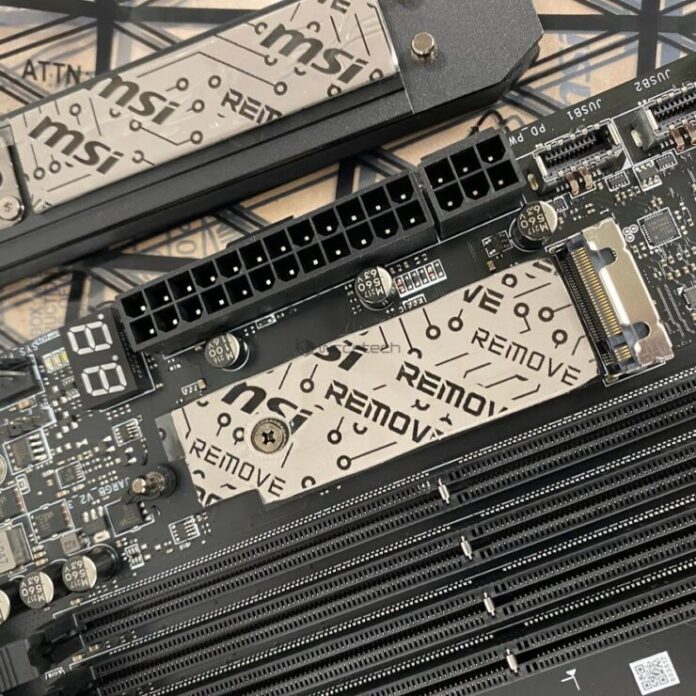 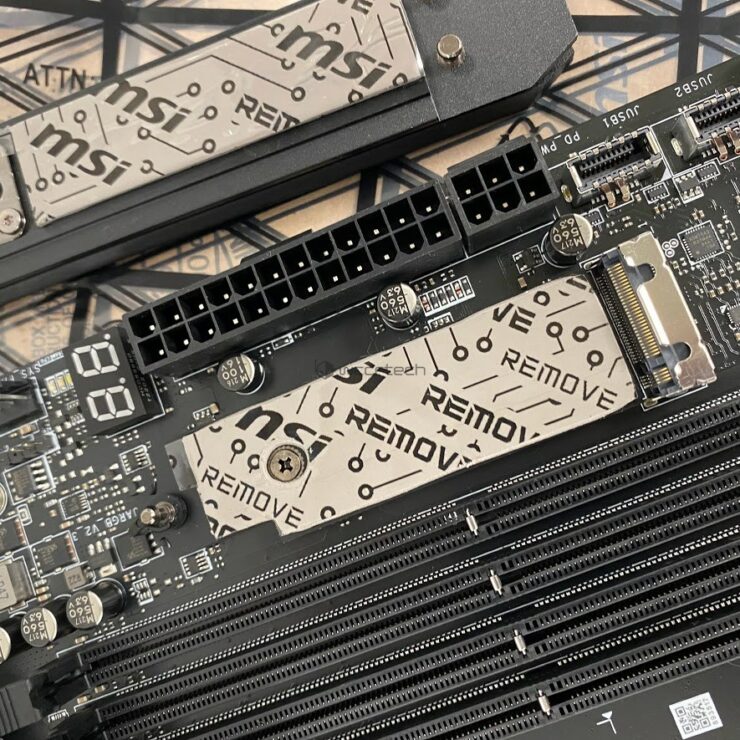 MSI has some cool features planned for their X670E & B650 motherboards for AMD's Ryzen 7000 Desktop CPUs. One of those features, which was briefly showcased during the previous MSI Insider Livestream, is the toolless M.2 installation.

The new toolless M.2 SSD installation design will be called 'Screwless M.2 Shield Frozr' and allows you to install an M.2 device under the Shield Frozr M.2 heatsink without having to deal with tools and screws. The installation process is very simple and will be featured on MEG & MPG class X670 & B650 motherboards such as the MEG X670E GODLIKE, MEG X670E ACE, and the MPG X670E Carbon WiFi to name a few.

Guess what is this

the new way to install heatsink on M.2

For the rest of the X670 & B650 lineup, MSI will still have their EZ M.2 clips which is another simple installation method that doesn't require you to use tools at all and can let you seat the M.2 device by sliding the clip in place. All of MSI's motherboards will retain EZ M.2 clips under the non-Shield Frozr heatsinks except the Mini-ITX B650 designs. MSI has also patented the features and plans to use it in its entire upcoming portfolio of motherboards.

The EZ M.2 Clip installation procedure is explained in the following video:

In its Insider Livestream, MSI showcased the M.2 Shield Frozr toolless design. The motherboard used was the MEG X670E ACE which has an M.2 Shield Frozr heatsink next to the DDR5 DIMMs. It can easily be removed and latched into place. Each M.2 heatsink on MSI's motherboards comes with pre-applied thermal pads for good thermal transfer between the SSD device and the heatsink.

The X670E class motherboards support PCIe Gen 5 SSDs and considering that the next-gen devices are going to be more power hungry and run at higher temperatures, heatsinks have to be designed to accommodate the next-gen specs and offer stable operation. With that said, AMD's Ryzen 7000 CPUs & the accompanying X670 / B650 class motherboards are expected to launch in September 2022 so make sure you have your components list ready if you are planning to build a new PC.