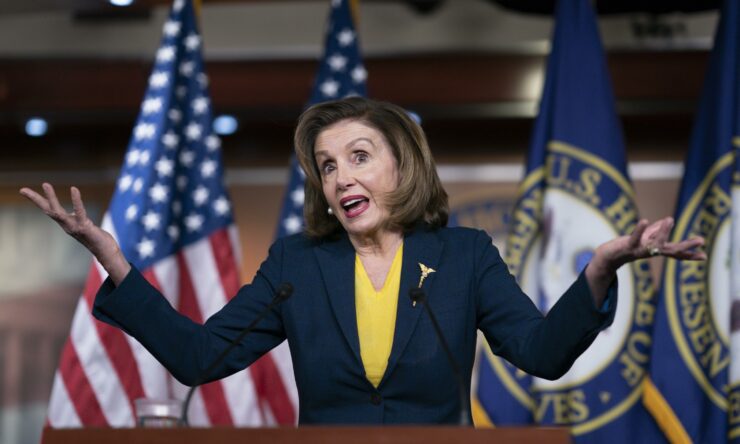 NVIDIA shares have been pummeled so far this year, recording a year-to-date loss of nearly 50 percent as the Federal Reserve’s hawkish stance de-rated the high-flying stock, only to be further trampled by expectations of an upcoming recession and the attendant demand drought for NVIDIA’s products, which are already reeling from an oversaturated market. However, the stock has seen limited strength in recent days amid expectations that a key piece of legislation is about to become a reality.

To wit, the Creating Helpful Incentives to Produce Semiconductors for America (CHIPS) Act aims to unlock around $52 billion in federal investments for the domestic semiconductor research, design, and manufacturing provisions as laid out in the US Innovation and Competition Act (USICA). With the US chip manufacturing market share declining from 37 percent in 1990 to just around 12 percent in 2021, the bill is widely deemed as an essential component in the bipartisan effort to restore America’s cutting-edge advantage in the field of semiconductors.

A procedural vote on the CHIPS Act is likely to come as soon as Tuesday. However, differences persist as the Democrats have been gunning for a CHIPS-plus approach, with House Speaker Nancy Pelosi going on record to state:

“We had been working constantly on the chips bill. And we need to have the transformative nature of research and education and the rest to make us continue to be preeminent in the world.”

The passage of the CHIPS Act has gained urgency as Intel has refused to move forward on its $20 billion US fab initiative until the legislation is passed. Of course, given the sizable cash influx that NVIDIA and other semiconductor companies stand to gain from this legislation, it is hardly surprising that investors have been responding positively to any development on this count.

This brings us to the crux of the matter. As per the latest Periodic Transaction Report filed by Nancy Pelosi, her husband Paul Pelosi recently exercised 200 call options related to 20,000 NVIDIA shares. These options were purchased back in 2021 and carried an exercise price of $100.

NVIDIA shares closed at $157.62 on Friday. Consequently, the Pelosis are currently sitting on unrealized gains worth around $1.152 million from the recent exercise of NVIDIA options, barring any transaction fees.

All while a $52B CHIPS act has been stalled in Congress.

Yesterday Pelosi states, "We are determined that we will pass a bill" before congress heads to August recess.$NVDA stock jumps 4% on the news.

Should the CHIPS Act be approved within the next few days, NVIDIA shares are expected to extend nascent gains, netting a windfall for the Pelosis in the process.

Bear in mind that Nancy Pelosi and her husband have invested 3.3 percent of their portfolio in NVIDIA, as per a tabulation by UnusualWhales.

The post Nancy Pelosi Now Sits on Over $1 Million in Unrealized Gains on the Recent NVIDIA Options Exercise as the CHIPS Act Nears Approval by Rohail Saleem appeared first on Wccftech.