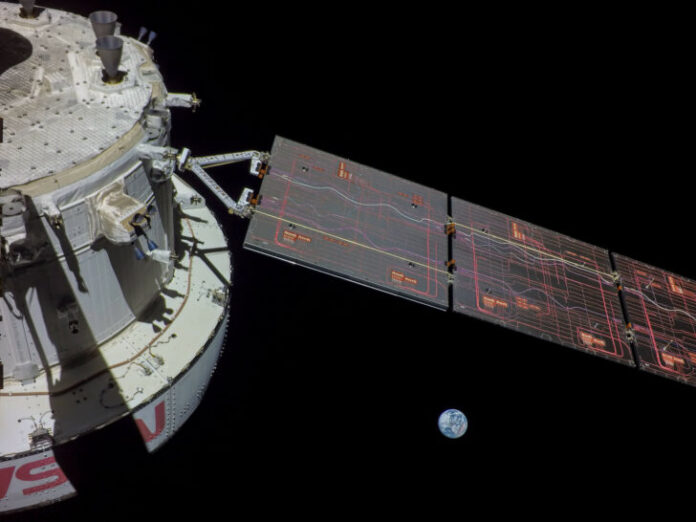 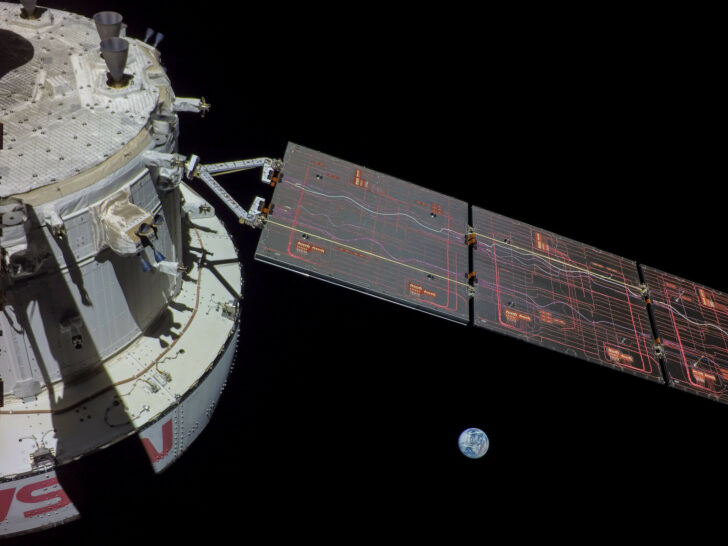 Officials from the National Aeronautics and Space Administration (NASA) shared details about the Artemis 1 mission earlier today. The mission is currently on its 13th day of flight, and the spacecraft will soon make another close approach to the Moon before starting its return journey back to Earth. At a media briefing, NASA's Artemis 1 mission manager Mr. Mike Sarafin sounded optimistic about the mission as he outlined that the space agency will now add more test objectives to the mission so that it can gain as much operational data as possible before a crewed mission takes place in the form of Artemis 2.

Additionally, the officials also shared details for the first crewed lunar mission since the Apollo era. These covered the estimated timeline, the duration and the direction of the journey that the astronauts will take.

With half of its journey complete, Orion will now return once again close to the lunar surface and then make its way back to Earth. NASA has decided to add seven additional flight test objectives to the mission. These objectives will study the spaceship's thermal environment and its propulsion systems, and they deal with conditions that NASA will generally not violate particularly if the ship was carrying a crew.

So far, half of the priority one objectives have been met as Orion has been sent on its way to the Moon. The second half deals with the spaceship's return. Priority two and four objectives are 25% complete, according to Mr.Sarafin, 37.5% are currently under progress and the remainder will be part of Orion's re-entry into the Earth's atmosphere. Priority three deals with the spacecraft's recovery from the ocean, which is particularly crucial as NASA will reuse some of the Orion spacecraft's components from the Artemis 1 mission for the Artemis 2 mission.

The additional flight test objectives will involve two waivers, which will cover Orion's solar panels and its maneuvering. Current procedures limit the spacecraft from moving more than twenty degrees in two directions when its tail side is facing the Sun -  the preferred position due to the location of the solar panels. Additionally, Orion also has to wait for a while to use its engines if

Explaining these, Mr. Sarafin explained that:

In terms of accomplishing what we're calling characterizing the thermal envelope, Orion is, by design, it wants to fly tail to Sun. That is for thermal stability of the vehicle, but also from a power production standpoint. And, the vehicle will, through analysis, is allowed to go up to 20 degrees in either pitch or yaw out of that, perfect tail to Sun orientation. So what we're doing is that we're characterizing the corners of the box, you know - 20 degrees, 20 degrees - and doing that.

There's also a thermal recovery time required, as Rick had mentioned earlier, about, if we're out of attitude greater than that 20 degrees for more than three hours, we have to do a ten hour tail to Sun thermal recovery period, before we're allowed to use the orbital maneuvering system. So, the waiver was specific to the, thermal analysis requirements, and the desire to gather some of the data on that, on that thermal envelope expansion.

For the various burns that we do with Orion, we have specific attitudes or positioning that we put the solar arrays wings [in], and that's to prevent the damage from plume impingement from the reaction control thrusters. For this hundred second plus x test, we want to put the position of the arrays different than what had been previously analyzed and was considered approved. And that is why we are waiving, and it is to gain the data we want, specifically why we're doing the test.

The second waiver will test the heat of the engine on the solar array wing, and the two waivers are only for these tests and not for the entire mission. Orion's solar arrays are also performing well, and are generating 20% more power than needed according to Orion program manager Howard Hu.

The date for Artemis 2 will be determined once Orion lands since the next mission will use several components from the current mission. These are the inertial measurement units (IMUs),  the global positioning system receivers (GPSRs), the seat used by the mannequin "Moonkin Campos" and the phased array antennas.

Artemis 2 will not follow the distant retrograde orbit (DRO) orbit that the current mission is in. Instead, it will follow a highly elliptical one day orbit, and the entire mission will last ten and a half day.