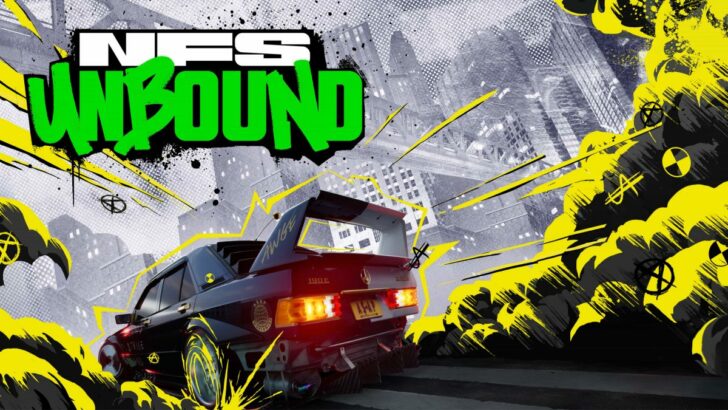 The Need for Speed series has been around since 1994, spanning many consoles, mobile phones, and PCs, culminating in 2019’s Need for Speed Heat. A few years have passed, and publisher Electronic Arts revealed the latest in the series, Need for Speed Unbound. It is the first to be released since EA decided to hand it back from Ghost Games (which is now once again a support studio) to Criterion Games, the team behind the acclaimed Hot Pursuit and Most Wanted installments. A few months after that news, EA confirmed that a new entry was being developed.

The development of Need for Speed Unbound was halted in 2021 when EA temporarily conscripted Criterion Games to help DICE with Battlefield 2042 ahead of the game’s launch. However, it has since resumed, and we are now a bit over a month before it will be available. Let’s discuss what we actually know about Unbound before it hits physical and virtual store shelves.

Need for Speed Unbound will launch on December 2nd, 2022, for PlayStation 5, Xbox Series, and PC via Steam, the Epic Games Store, and the Origin store. Pre-orders are open right now, and the game is being sold at a base price of $69.99. Pre-orders will get players the following:

Need for Speed Unbound’s Palace Edition will run you $79.99 from whichever storefront you plan to buy it from. Unfortunately, PlayStation 4 and Xbox One users will have to sit this game out since there won’t be any last-gen versions in development.

Meanwhile, the game’s recommended specs are as follows:

Visiting Need for Speed Unbound’s Steam page will reveal that the game has NVIDIA DLSS support for higher framerates and resolutions, though we don’t know yet if that is DLSS 2 or DLSS 3. The game will also support HDR10 displays. Variable refresh rate support is available on PC builds of the game, allowing for less screen tear and smoother picture quality.

The first details of the game were leaked by Jeff Grebb, who mentioned that the game’s aesthetic would borrow from anime. That turned out to be true when the game was unveiled, showing a blend of realistic style and anime effects coming out of cars (though these can be disabled). Character models are also cel-shaded, and the overall visuals are heavily graffiti-inspired.

A bit of time after the game’s initial reveal, EA revealed the game’s expansive car list, which can be seen at this link. Various brands can be found within, including Chevrolet, Dodge, BMW, Ferrari, Lamborghini, and more, will be available for players to drive and unlock throughout the game (though given the presentation and art style, the fact that cars like the Toyota AE86 Trueno are missing is outright criminal).

A grand total of 143 vehicles will be available to players at launch (excluding the four unique cars within the Palace Edition). As for gameplay, there’s a risk versus reward with every race (or overworld driving, really) that players enter. Certain actions throughout the in-game weeks will be high payouts or high entry fees, and players will also be able to bet against other racers.

Police chases very evidently return, as they can find you and chase you throughout the game world. If the game’s trailers are anything to go off of, the police are a fair bit more refined and aggressive than they were in games like NFS Heat or Most Wanted 2012. Anyways, it is unclear if the police would have weapons like spike strips or EMPs in their arsenal (though roadblocks make a return).

The fictional Lakeshore City is based on Chicago. The heat system from Need for Speed heat will also come back.

Need for Speed Unbound has seen a few trailers come out since its announcement, which you can see below.

Stay tuned for more Need for Speed Unbound details and information as they are released by Electronic Arts.

The post Need for Speed Unbound – Everything You Need to Know About EA’s Stylish Racing Game by Ule Lopez appeared first on Wccftech.