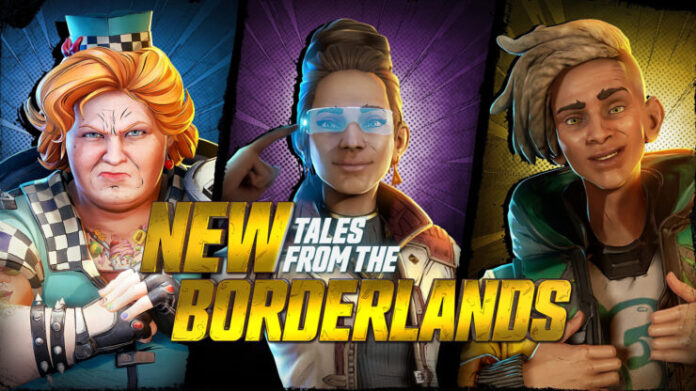 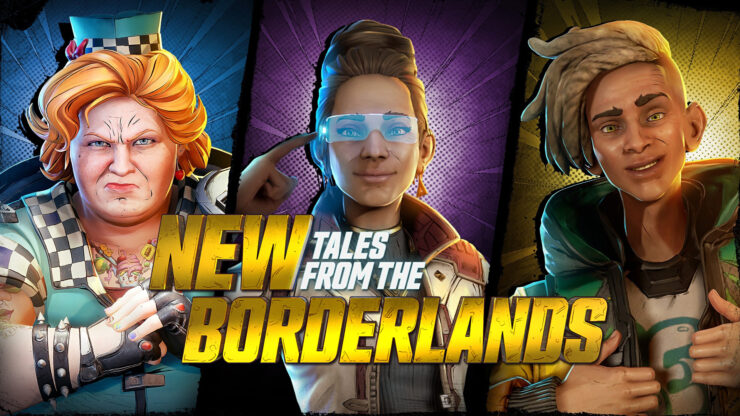 Telltale’s Tales from the Borderlands is a story that’s grown in stature with time. While not a huge hit when it was first released, the series has gained a dedicated fanbase due to its twist-filled plot and surprisingly grounded, likable characters. Despite the series’ cult status, few expected a sequel, but earlier this summer Gearbox announced New Tales from the Borderlands, a fresh story-driven adventure featuring a cast of mostly new characters.

Of course, the original iteration of Telltale Games is long gone, with New Tales from the Borderlands instead being developed by Gearbox Studio Quebec. So, does this relatively untested team manage to recapture that Telltale charm? Or are the results something best locked in a Vault? Time to find out if this was a Tale worth telling.

New Tales from the Borderlands focuses on a new trio of scrappy losers – idealistic scientist Anu, her smart-aleck hustler brother Octavio, and the rage-addled frozen yogurt shop owner Fran. Things aren’t going great for our trio as the story begins, as Anu has been fired by Rhys Strongfork’s Atlas Corporation, and weapons maker Tediore has invaded Promethea, landing Octavio in hot water and destroying Fran’s froyo shop. Thankfully, Anu overheard the ultimate goal of the Tediore attack was to steal Rhys’ Vault Key, so our “heroes” hatch an improbable plan to sneak into the unlocked Vault first and nab the treasure. Said treasure turns out to be a glowing green crystal that can heal any wound… and may also be inhabited by some sort of all-powerful ancient alien. But hey, that comes with the territory in the Borderlands universe, so Anu, Octo, and Fran decide to found a new company to exploit the crystal the best they can.

New Tales from the Borderlands doesn’t deviate much from the original in terms of gameplay. Once again, this is largely a dialogue-driven affair, with players being called upon to make timed multiple-choice decisions. There are also regular quick time events and occasional exploratory sections where you have to solve very simple “puzzles.” Some welcome tweaks have been made, such as the game now warning you when a quick time event is about to happen, so you’re not scrambling to find the right keys. A few quirky diversions have also been mixed in, like a reoccurring figurine fighting game and even an old-school 16-bit-RPG-style boss fight. That said, for the most part, this is a Telltale-style game as you remember them.

The game’s presentation is certainly a cut above its predecessor. New Tales from the Borderlands runs on Unreal Engine 4 and looks every bit as polished as one of the mainline entries in the series. Offering a glimpse of a fully-detailed world like Prometheus from street level is one of the coolest things New Tales does. The slick visuals are supported by a surprisingly catchy soundtrack and solid voice acting. Admittedly, the game’s polished façade is sometimes marred by glitches (clothes often have a mind of their own in this game), but I didn’t run into anything game-breaking.

But, of course, it’s the story that really matters in a game like this, and that’s where New Tales from the Borderlands badly fumbles. Put simply, almost all the game’s core characters are annoying. Anu’s endless neurotic babbling gets tired quickly, and Octavio’s overconfident idiot routine doesn’t fare much better. Worst of all is Fran, who spends almost all her time shouting cringeworthy nonsense or sexually harassing every other character she meets (or often both at the same time). I’m guessing the writers might justify the latter as some sort of attempt at “sex positivity,” but by the time Fran’s 100th gross sex comment lands with a wet unreciprocated thud, she just comes off as kind of a sleazeball. Or very sad.

None of New Tales’ central trio have much of an identifiable arc for most of the game and act in wildly inconsistent ways. Anu is supposed to be the wide-eyed idealist, but the story has her killing people and experimenting on stolen corpses. Octavio is presented as a charming rapscallion most of the time, but his very first act in the game is setting up a random guy to get violently assassinated. Fran has an anger management story going on, but the game can’t really decide if her shouting and murdering people is funny and cool or bad. The heart of New Tales’ story is the sibling relationship/rivalry between Anu and Octavio, but again, a lack of consistency makes it hard to care. Anu constantly pesters her brother about stealing and other petty misdeeds but shrugs when he gets somebody killed. Octavio demands Anu stop babying him, but she’s totally right, as he’s constantly doing spectacularly stupid, childish things. The only major character that’s at all consistent, and thus the most likable of the bunch by far, is LOU13, the assassination bot. LOU13 is responsible for around 80 percent of the game’s actually-funny lines.

Now, the cast of New Tales being a bunch of godawful monsters might be forgivable if we at least got a decent plot, but we don’t. The whole thing is bizarrely structured, as getting into a Vault, which ought to be the highlight of any good Borderlands game, is one of the first things you do. The best, most exciting chapter in the game, in which our gang pitch on a Shark-Tank-style reality show with real sharks, happens dead in the middle of the story. The final chapters are a mess, filled with schmaltzy, too-late attempts at touching character moments and big shocks that don’t really make any sense (minor nonspecific spoiler -- you’re not allowed to trot out the “noble death” trope once you’ve established the protagonists have a magic crystal that can bring anybody back from the dead).

Unfortunately, the player choice aspect of New Tales from the Borderlands isn’t particularly satisfying either. Telltale was always good about making the consequences of your big decisions clear. They allowed you to roleplay in a consistent way by giving you similar choices throughout their games. If the driving question was whether you wanted the protagonist to be, say, reckless or careful, almost every dialogue choice included a risky and cautious option. New Tales doesn’t do that. More often than not, your choices just seem random. You can build up your overall team camaraderie and relationships between specific characters, but it’s usually unclear what any specific decision does. There are also bigger issues with how the game handles player choice – without spoiling anything, I had major late-game events happen with no explanation at all. They must have been triggered by my relationship ratings, but there were no scenes explaining why they happened in-storyline. The whole system just feels sloppy.

Honestly, though, I didn’t really care that my playthrough’s ending made no sense. I just wasn’t invested at all. New Tales from the Borderlands can be wrapped up in around 7 hours, and I was more than happy to blast off to a new galaxy once the credits rolled.

This review was based on a PC copy of New Tales from the Borderlands provided by publisher 2K Games.