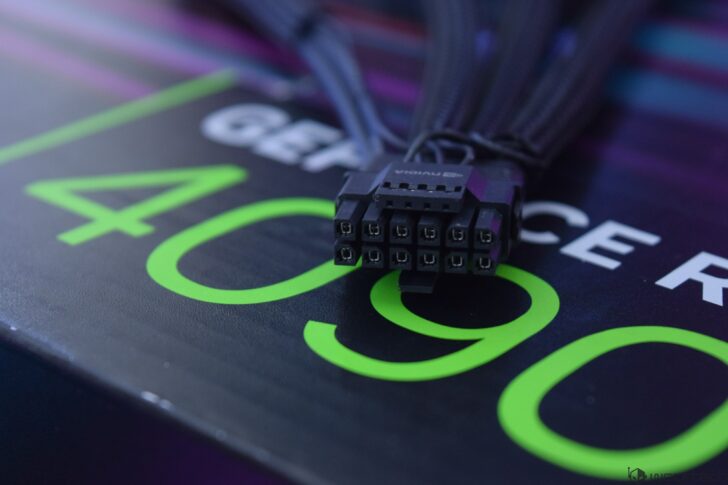 Ever since we reported the first case of an NVIDIA 16-pin connector melting on the GeForce RTX 4090 graphics card, there have been various discoveries. Now several days after the issues were first reported, it looks like GamersNexus and Igor's Lab have finally got to the bottom of the issue.

NVIDIA GeForce RTX 4090's Adapter Is To Blame, But Not All of Them! 300V 14AWG Cable Runs Perfectly Well, 150V Leads To Melting

While NVIDIA and its AIB partners are working to resolve the 16-pin connector issues, the PC tech community is hard at work to find out the real cause of the issue. In the previous report, we got to know that it was definitely the adapter that was responsible for the melting and not the card or the plug on the card itself. The 16-pin connector got really hot when proper contact was not made or if the cable was bent too much. This led to an excessive amount of current passing through the cable which further led to higher temperatures and the resultant melting occurred.

Steve Burke at GamersNexus has now discovered that while the cables themselves are the issue, it is not all cables that can lead to the burning or melting of the card. The tech outlet spotted that all of their cables were labeled as "300V 14AWG" while the ones that were shown by Igor's were rated at 150V. That's a vast difference. But not just that, there was also a difference in the solder between the two cables. 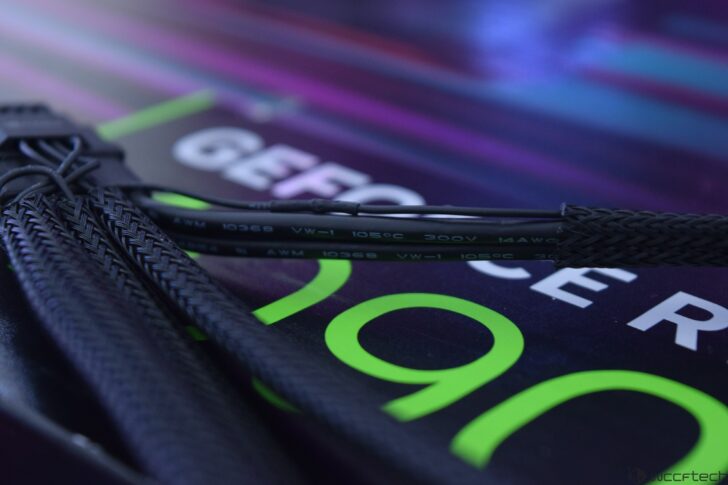 Since both outlets ripped the connector off, it was found out that the 300V cables use high-quality soldering whereas, on the 150V, each cable line is soldered individually & with a smaller soldering surface that can lead to damage while bending. This must explain why the cable in Igor's case came out loose. The cable used by Steve (GamersNexus) and Ronaldo (TecLab) was able to resist torture through various endurance and durability tests. Both GamersNexus and TecLab also ran the cable for hours under load.

In GamersNexus's case, their NVIDIA GeForce RTX 4090 graphics cards were run for over 48 hours under load while TecLab had their 16-pin adapter cable running under a load tester with a 1530W sustained load. So this leads us to the conclusion that there are just bad cables that are causing the issue but why they are there in the first place is something that only NVIDIA and its AIBs have the answer of.

There's no way of knowing which cable you get unless you pull off the sleeve a bit. In the case that you did get a 150V 16-pin cable, you can ask the manufacturer for a replacement with the proper 300V cable. The good thing is that there aren't a large number of users who received the 150V 16-pin cable. NVIDIA's GeForce RTX 4090 graphics card is now with thousands of gamers and while there are less than 20 reports of the card melting up, they are still enough to be a concern. Based on surveys conducted by HardwareLuxx and GamersNexus, it looks like the number of users who got the 150V adapter is under 7%.

Since we have quite a large number of buyers of the GeForce RTX 4090 in our forum @hardwareluxx_de, I asked the question which adapter comes with the card. 3x 8-pin 150/300 V or 4x 8-pin 150/300 v. So far the result looks like this. So there are some 150 V rated circulating. pic.twitter.com/BiWdDSbuD2

Just keeping everyone updated: Out of about 130 emails so far to the 4090cable inbox, we've received 7 that are 150V rated wires (and therefore potentially indicative of different supply), so 5%. That rating doesn't instantly mean it's bad. Replying to a few for info

GamersNexus also advises that owners of the NVIDIA GeForce RTX 4090's 16-pin adapter cable use the following instructions to check what cable version they got with their card:

So the vast majority of gamers who have the 300V adapters shouldn't worry too much but it is still advised to check your cable to see if it's definitely the good one or not. We already checked 7 of the cables that came with our samples (FE, SUPRIM X, SUPRIM Liquid, Vulcan X, TUF Gaming, AORUS Master, SG) & all of them are rated at 300V. You can also tell us in the comments below what cable you got with your NVIDIA GeForce RTX 4090 (FE or AIB) card if you own one.

The post NVIDIA 16-Pin Adapter Comes In Two Flavors, 300V Is Good For GeForce RTX 4090 But 150V Is A Fire Hazard by Hassan Mujtaba appeared first on Wccftech.