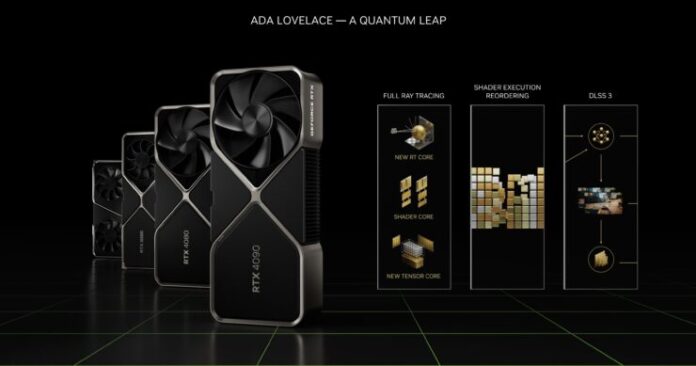 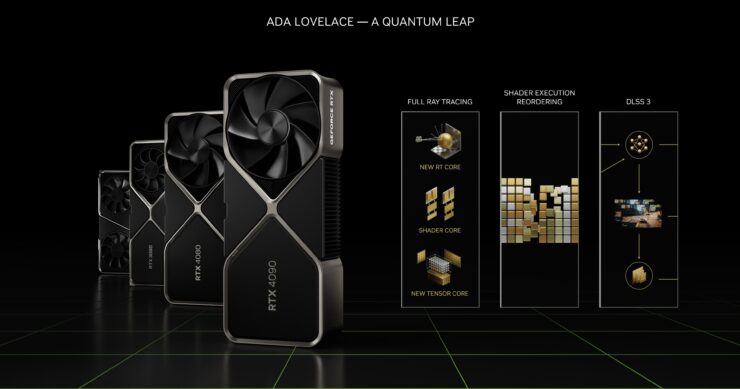 The announcement of the NVIDIA Ada Lovelace architecture that will be the backbone of the upcoming GeForce RTX 4000 series GPUs introduced some new hardware and software technology improvements, such as DLSS 3, SER (Shader Execution Reordering), DMM (Displaced Micro-Mesh), OMM (Opacity Micro-Maps), and more.

While we had learned a bit more about them in behind closed doors presentations with the press, we still followed up with a few extra questions that NVIDIA kindly answered today, clarifying some of the lingering doubts about these new technologies. You can read the Q&A as is below.

You said that there's an extension in the NVIDIA API developers can use to optimize Shader Execution Reordering for their games. Does that mean SER will need to be optimized to give any performance advantage, or is there still an algorithm to slightly improve shader execution reordering automatically as well?

SER must be enabled specifically by the developer. These changes are usually quite modest, sometimes just a few lines of code. We expect this feature to be easily adopted.

Both OMMs and DMMs require explicit integration into the game engine, and with that comes some modification/transformation of game assets. We intend to share best practices for fully leveraging both features via our developer blog.

As far as I understand it, NVIDIA DLSS 2 games only need the addition of Reflex markers on the developer's side to make them DLSS 3 compatible. Is that correct? If so, how many hours of manpower do you expect it would take on average?

You are correct that DLSS 3 combines Super Resolution, Frame Generation, and NVIDIA Reflex. If a game already has DLSS 2 Super Resolution, upgrading to DLSS 3 is a very simple process and will make both Super Resolution and Frame Generation available. DLSS 3 is designed for fast and easy integration and is already one of the fastest NVIDIA technologies to be adopted. DLSS 3 leverages the same integration points as DLSS 2 (color buffer, depth buffer, engine motion vectors, and output buffers) and NVIDIA Reflex, making upgrades from these existing SDKs easy via our DLSS 3 Streamline plugin.

DLSS 3 is also coming to the world’s most popular game engines, including Unity, Unreal Engine, and Frostbite Engine, making it simple for games based on these engines to add DLSS 3.

One commonly mentioned NVIDIA DLSS 2 shortcoming is motion sharpening. Has this been addressed with DLSS 3? Also, will you endeavor to push game developers to always expose sharpness sliders in the graphics options? That is something many users would like to see.

We are always working to improve the image and motion quality of DLSS Super Resolution but don’t have any specific announcements about motion sharpening at this time. We encourage game developers to expose sharpness sliders in DLSS games because preferences vary.

For eSports users who might want to achieve the lowest latency, will it be possible to only enable NVIDIA DLSS 2 (Super Resolution) + Reflex without the DLSS Frame Generation that improves FPS but also increases system latency?

Our guidelines for DLSS 3 encourage developers to expose both a master DLSS On/Off switch, as well as individual feature toggles for Frame Generation, Super Resolution, and Reflex, so users have control and can configure the exact settings they prefer. Note that while DLSS Frame Generation can add roughly a half frame of latency, this latency is often mitigated by NVIDIA Reflex and DLSS Super Resolution - all part of the DLSS 3 package. NVIDIA Reflex reduces latency by synchronizing CPU and GPU, and DLSS Super Resolution reduces latency by decreasing the size of the render resolution.

With regards to Cyberpunk 2077's Ray Tracing Overdrive mode, is that a denomination that is specific to this game's enhanced RT? That is to say, will it remain unique to CP2077?

Yes, that was the term they used for their new mode.