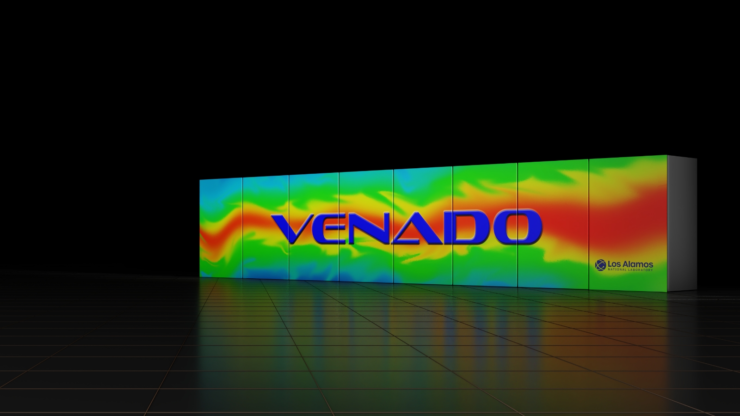 NVIDIA has just announced that its Grace CPU & Grace Hopper Superchips will power the insane 10 Exaflops 'VENADO' supercomputer being built by the Los Alamos National Laboratory.

Press Release: NVIDIA today announced that a range of the world’s leading computer makers is adopting the new NVIDIA Grace Superchips to create the next generation of servers turbocharging AI and HPC workloads for the exascale era.

Atos, Dell Technologies, GIGABYTE, HPE, Inspur, Lenovo, and Supermicro are planning to deploy servers built with the Grace CPU Superchip and Grace Hopper Superchip. All these new systems benefit from the just-announced Grace and Grace Hopper designs in the HGX platform, which provides manufacturers with the blueprints needed to build systems that offer the highest performance and twice the memory bandwidth and energy efficiency of today’s leading data center CPU. 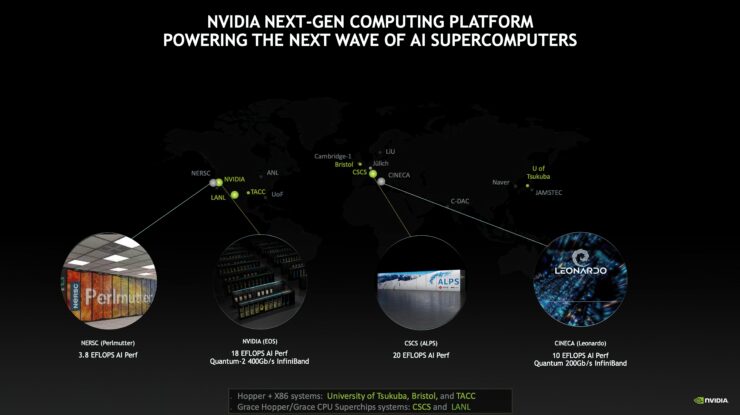 “As supercomputing enters the era of exascale AI, NVIDIA is teaming up with our OEM partners to enable researchers to tackle massive challenges previously out of reach,” said Ian Buck, vice president of Hyperscale and HPC at NVIDIA. “Across climate science, energy research, space exploration, digital biology, quantum computing, and more, the Grace CPU Superchip and Grace Hopper Superchip form the foundation of the world’s most advanced platform for HPC and AI.”

Early Adopters Leading Innovation
Leading supercomputing centers in the U.S. and Europe will be among the first with systems featuring the Superchips.

Today, Los Alamos National Laboratory announced that Venado, its next-generation system, will be the first system in the U.S. to be powered by NVIDIA Grace CPU technology. Built using the HPE Cray EX supercomputer, Venado is a heterogeneous system that will feature a mix of Grace CPU Superchip nodes and Grace Hopper Superchip nodes for a wide and emerging set of applications. When completed, the system is expected to exceed 10 exaflops of AI performance. 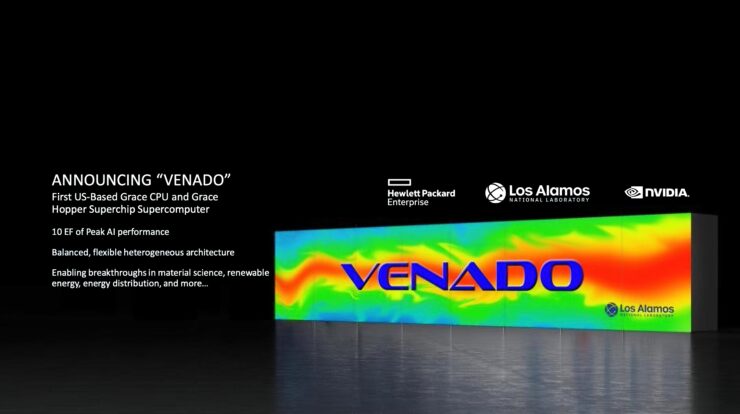 “By equipping LANL’s researchers with the performance of NVIDIA Grace Hopper, Venado will continue this laboratory’s commitment to pushing the boundaries of scientific breakthroughs,” said Irene Qualters, associate director for Simulation and Computation at LANL. “NVIDIA’s accelerated computing platform and expansive ecosystem are removing performance barriers, allowing LANL to make new discoveries that will benefit the nation and society as a whole.”

The Alps, the Swiss National Computing Center’s new system, also to be built by HPE using the HPE Cray EX supercomputer, will use the Grace CPU Superchip to enable breakthrough research in a wide range of fields. It will serve as a general-purpose system open to the research community in Switzerland, as well as the rest of the world.

The Grace CPU Superchip interfaces with the latest PCIe Gen5 protocol to enable maximum connectivity with the highest-performing GPUs, as well as with NVIDIA ConnectX-7 smart network interface cards and NVIDIA BlueField-3 DPUs for secure HPC and AI workloads.

The Grace Hopper Superchip pairs an NVIDIA Hopper GPU with an NVIDIA Grace CPU in an integrated module connected with NVLink-C2C to address HPC and giant-scale AI applications.

The NVIDIA Grace-powered systems will run the portfolio of NVIDIA AI and NVIDIA HPC software for full-stack, integrated computing. Learn more about NVIDIA Grace technologies during the ISC special address with Buck, taking place on Monday, May 30, at 9:30 a.m. PT.