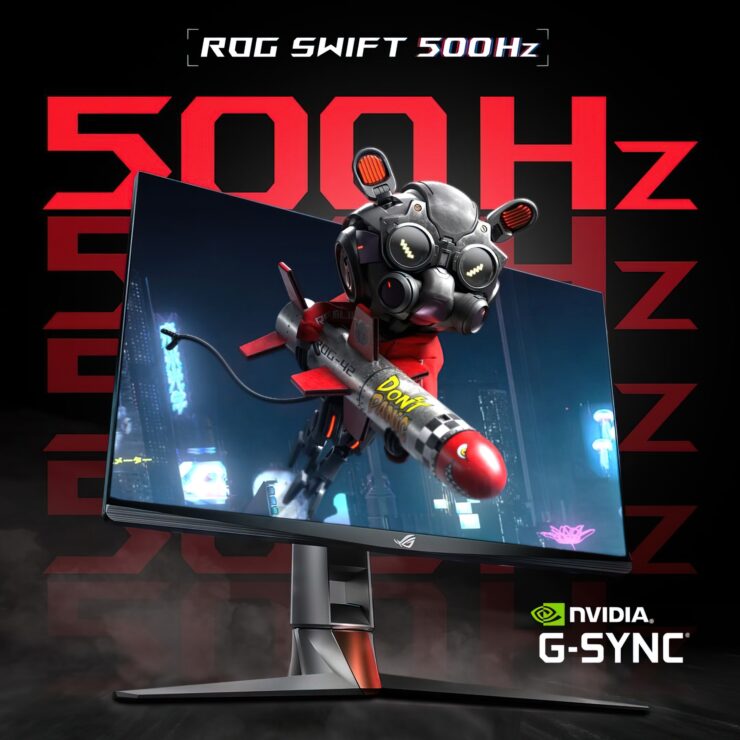 NVIDIA has collaborated with ASUS once again to deliver the fastest refresh rate G-SYNC display on the planet, the ROG Swift 500 Hz.

The ASUS ROG Swift monitor was the first to bring 360 Hz G-SYNC to E-Sports gamers. That display launched all the way back in 2020 so now, ASUS is doing it again & aiming for even bigger numbers. For their latest ROG Swift gaming display, the display maker has gone with an insanely high refresh rate of 500 Hz and aptly called it, the ROG Swift 500 Hz.

The monitor itself stays true to the ASUS ROG Swift design with a 24" TN panel that features a max resolution of 1080p. The focus of this monitor is purely on refresh rate at the most demanded size and resolution that E-Sports gamers want. As such, the 1080p resolution should allow up to 500 Hz maximum output when running a high-end graphics card. 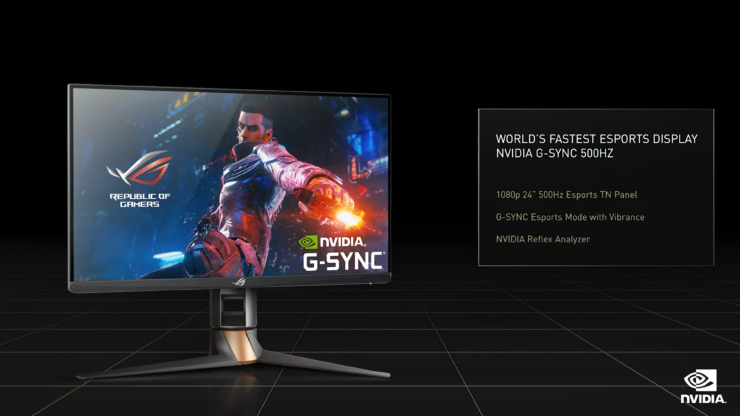 In addition to that, the ASUS ROG Swift 500 Hz comes with a G-Sync Esports mode (with vibrance) and also adopts NVIDIA's Reflex Analyzer technology. The display is said to be designed from the ground up for competitive gaming and the TN panel provides maximum motion clarity. Currently, there's no word on pricing and availability but expect ASUS to announce more details soon!