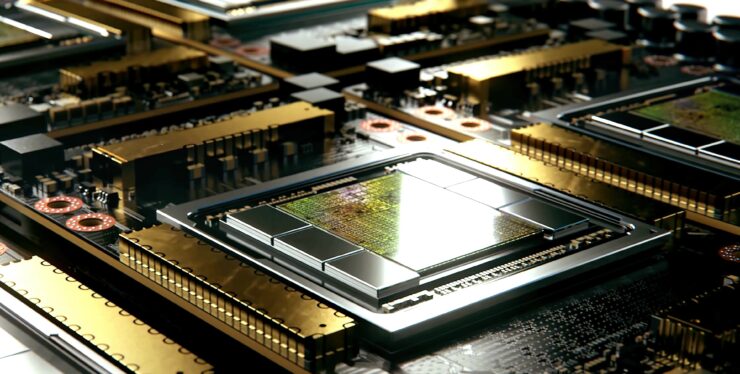 In a new technical blog, NVIDIA has finally shared some numbers comparing its existing Ampere A100 accelerator to the AMD Instinct MI250 GPUs.

NVIDIA has already announced its next-generation H100 GPU based on the Hopper graphics (GPU) architecture which will be shipping to customers later this year. The Hopper GPU will be delivering an estimated 26x increase in performance over the Pascal P100 which was released six years ago & that's 3x faster than the trajectory offered by Moore's Law. 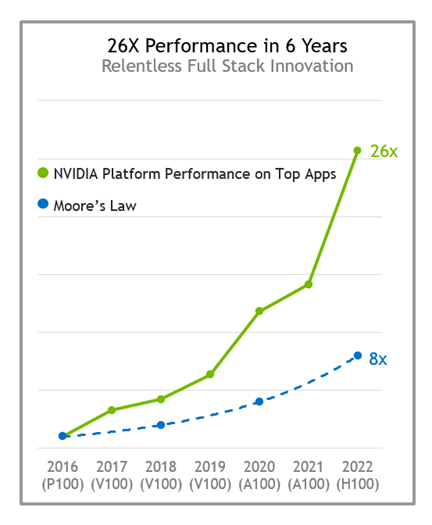 A100 also presents as a single processor to the operating system, requiring that only one MPI rank be launched to take full advantage of its performance. And, A100 delivers excellent performance at scale thanks to the 600-GB/s NVLink connections between all GPUs in a node.

Following are the notes from the testing:

Efficiency ratio of A100 to MI250 shown – higher is better for NVIDIA.  Geomean over multiple datasets (varies) per application.  Efficiency is Performance / Power consumption (Watts) as measured for the GPUs using measured using NVIDIA SMI and equivalent functionality in ROCm |

Now it should be noted that the AMD Instinct MI250 used here isn't the full configuration since that sits on the MI250X but based on these results, the A100 should still be very competitive against the AMD CDNA 2 offerings. With Hopper coming soon, NVIDIA will push these numbers even further & that's where AMD's Instinct MI300 comes in with its brand new APU-like design.