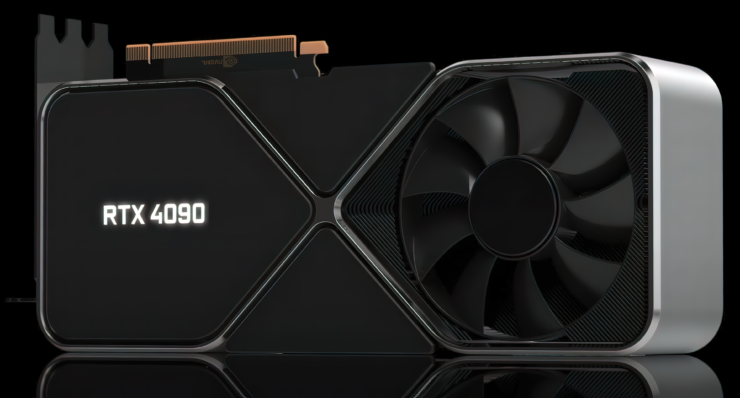 NVIDIA's GeForce RTX 4090 graphics card featuring the flagship AD102 GPU is once again pointed out towards an October launch, this fall.

Back at the start of June, we reported that NVIDIA's GeForce RTX 4090 graphics card could launch in October. The original plans were to launch it slightly earlier but those changed soon after NVIDIA decided to clear its existing inventory of GeForce RTX 30 series graphics cards to make room for the new flagships.

Now NVIDIA is trying its best to clear high-end GeForce RTX 30 stock by offering cuts in price and discounted promos through its partners. The company recently slashed the prices for various RTX 30 Founders Edition graphics cards, highlighting the fact that they seriously want to get rid of these cards as soon as possible before the next gen is ready for launch.

Coming back to the GeForce RTX 4090, NVIDIA hasn't set anything in stone yet and we won't use the word 'confirmation' for any launch date yet since those can change weeks ahead of unveil. But Moore's Law is Dead is the fourth source to mention an October launch of the flagship AD102 GPU-based graphics card. Our sources are still confident of the tip they gave us last month and there's also leaker Kopite7kimi who believes that the card will launch in early Q4 (October 2022).

It is also mentioned by MLID that while the card would launch in October, actual volume isn't expected until December so it looks like there might be an early-owner tax on the RTX 4090 and other high-end Ada Lovelace GPU-powered cards that launch in Q4 2022 such as the RTX 4080 and RTX 4070.

With that said, the NVIDIA GeForce RTX 4090 Ti is also mentioned in the rumor to be a 600W power guzzler but it may launch later. The 3090 Ti was introduced more than a year after the RTX 3090 so the same could happen with the 4090 Ti unless AMD comes up with something fast enough with its own RDNA 3 lineup to warrant the release of a more powerful AD102 part, one that features the full GPU core configuration.

The NVIDIA GeForce RTX 4090 will use 128 SMs of the 144 SMs for a total of 16,384 CUDA cores. The GPU will come packed with 96 MB of L2 cache and a total of 384 ROPs which is simply insane. The clock speeds are not confirmed yet but considering that the TSMC 4N process is being used, we are expecting clocks between the 2.0-3.0 GHz range.