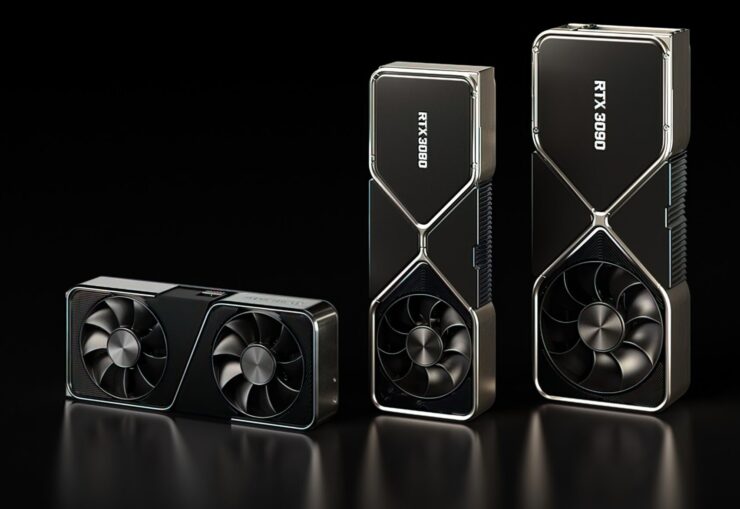 NVIDIA is reportedly prepping a new price cut for its high-end GeForce RTX 30 series graphics cards which will be hitting retailers this week. The report comes from Benchlife (via Videocardz) who have managed to get a list of the new MSRPs for the top-tier Ampere lineup.

Over the last couple of days, we have seen a massive price drop on graphics cards. These not just include NVIDIA GeForce graphics cards but also the AMD Radeon lineup too.

The huge price drop comes as a reaction to the crypto crash which has resulted in a huge amount of used GPUs flooding the market and also the fact that the next-gen graphics cards from both manufacturers are going to launch in the coming months and AMD & NVIDIA don't want to sit on stockpiles of current-gen inventory which won't easily sell once the new generation of cards enters the market. That is unless NVIDIA and AMD can get rid of the majority of this inventory right now by offering price cuts and promotions such as game bundles, etc.

NVIDIA, to make room for their high-end GeForce RTX 40 series graphics card lineup, is reportedly planning on cutting the prices of various high-end GeForce RTX 30 series graphics cards. The new prices are expected to be lower than the original MSRPs which these cards never sold at in their 2 years lifespan since launch and only happen to be selling now when the new generation is on the verge of launching.

The new MSRPs are strictly for the Founders Edition variants but we have seen various custom models selling for far less than the MSRPs. The recent Amazon Prime Day listings showed many cards listed even below the new MSRPs which is good for users in dire need of a new graphics card but for those who can wait, they may as well save the money and grab an RTX 40 series graphics card when they launch.

RTX 3090 Ti price cut does now seem to be global

At the same time, we don't want to force anyone away from purchasing these graphics cards since we don't know how well the supply is going to be for the GeForce RTX 40 series lineup. As we saw with the GeForce RTX 30 series graphics cards, NVIDIA had a tough time dealing with scalpers and the same could very well happen at the start of the RTX 40 series launch. Whether NVIDIA and its retail partners have proper precautions in place to deal with scalpers this time remains to be seen. A very important video on the situation is published by JayzTwoCents which you can see below:

All major US retailers such as BestBuy and Newegg have currently listed the high-end GeForce RTX 30 series graphics cards at the new NVIDIA MSRPs as you can see below:

In fact, the only place where the new prices aren't mentioned is NVIDIA's own Store but it makes sense since NVIDIA hasn't officially announced the price cuts by themselves and will reportedly do so this week.