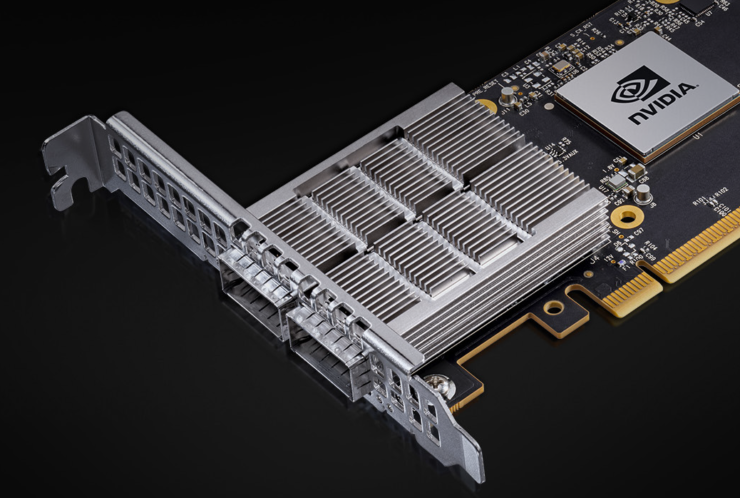 NVIDIA has several announced ConnectX-7 SKUs, including PCIe, OCP NIC 3.0, and IC form factors. A single port PCIe version was on display on the show floor that utilizes a Supermicro SuperBlade, which is interesting to see. The Supermicro SuperBlade enhances system computing density by housing multiple blade servers in a single enclosure. Some of the main features of the ConnectX-7 interface include:

In the pictures provided by the website Serve The Home, you can see the side of the card with the ports, the switch modules of the blade server, the top of the unit, and a unique backplate.

The top of the NVIDIA ConnectX-7 unit has a large heatsink located on the optical cage to dissipate heat more efficiently, especially from the 200 Gbps and 400 Gbps class optics. Looking at the rear of the unit, we can see a very interestingly shaped backplate. The plate is the NDR200 MCX75210AAS-HEAT model that you can see listed in the table below. 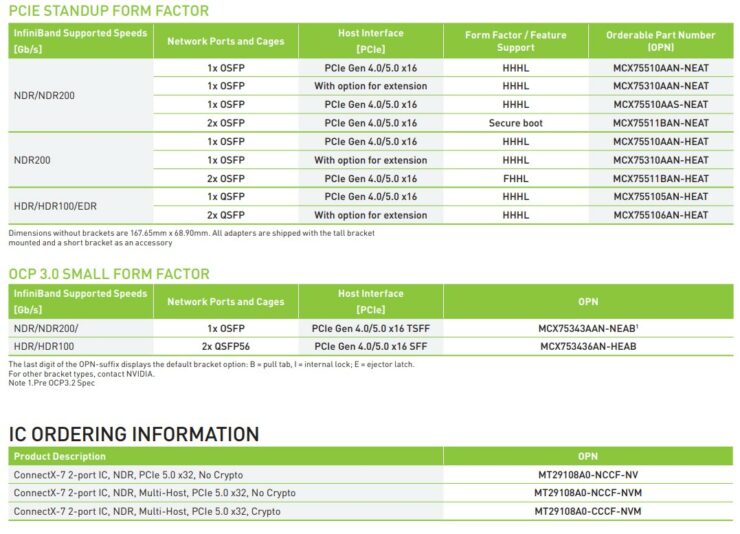 The Hopper DGX H100 uses two assemblies themselves. Four ConnectX-7 controllers can be located on a single body, such as the NVIDIA Cedar Fever 1.6 Tbps modules used in the DGX H100. The NVIDIA A100 modules can be seen mounted in Delta or Redstone assemblies, and numerous A100 SXM modules are placed throughout the heatsinks. 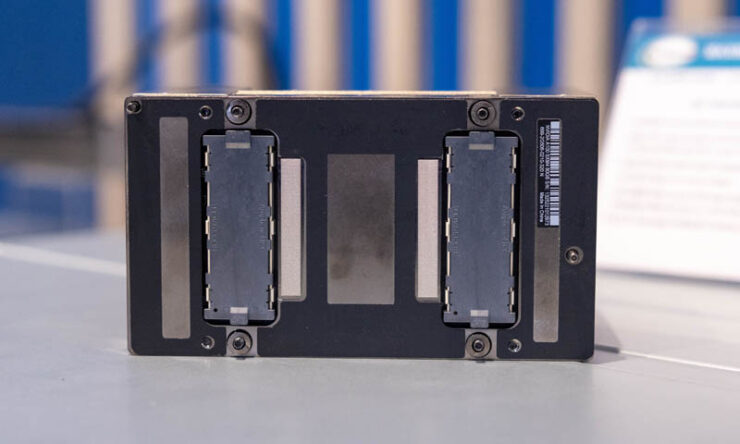 There is a different density of components on the NVIDIA H100 board versus the A100. However, the NVIDIA H100 was absent from the show floor. There is also a significant difference between the A100 and H100 in terms of connections, as reported by Serve the Home.

A lot of the products will be seen at SC22 later in the year, so we are just on the verge of the PCIe Gen5 generation, which will allow us to see new devices and chips. Several partners of NVIDIA have stated that shipments of the ConnectX-7 were still several months away as we waited for production volumes to rise to more comfortable positions.