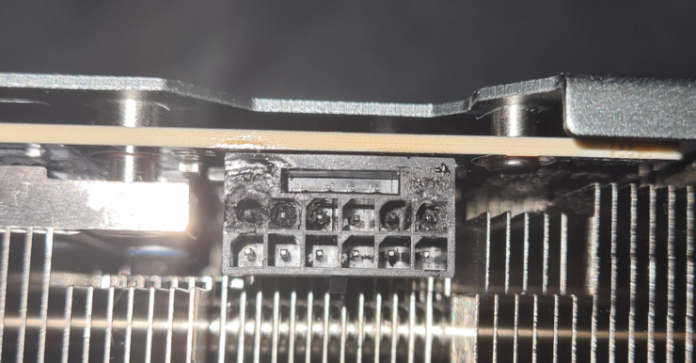 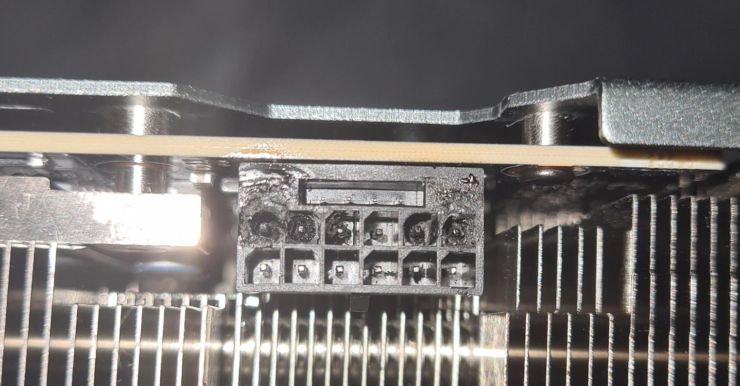 The first case of an NVIDIA 16-pin connector, powering the GeForce RTX 4090, burning up and melting the plug has been reported over at Reddit.

Update #3: As more and more cases of burned 16-pin connectors pop up, NVIDIA and its AIBs have actively started working to get to the bottom of this issue and resolve it once and for all. You can read more on that here.

Update #2: We now have a third case of an RTX 4090, once again the TUF Gaming from ASUS, going up in flames. Fortunately for the user, only the cable has melted and he reports that the GPU might still be working fine. We hope that's the case.

Update #1: Another graphics card, this time the ASUS GeForce RTX 4090 TUF Gaming OC, has been affected by the same issue. As tweeted by @Vectral555, we can see that the 16-Pin connector and the power plug on the PCB, both have burned up. Meanwhile, NVIDIA has reached out to the OP & we'll keep you updated on how things work out.

Another 4090 (ASUS 4090 TUF OC) with a damaged 12VHPWR power connector just got posted in the same reddit thread as the original Gigabyte card post from today.

Redditor, u/reggie_gakil, posted on the NVIDIA subreddit a picture of the NVIDIA 16-pin connector all burned up. The connector was powering his brand-new GeForce RTX 4090 (custom model). The pictures show that both the power adapter which includes a 16-pin to 4 x 8-pin plug and the power connector on the PCB ended up in flames and melted. The graphics card was the Gigabyte GeForce RTX 4090 Gaming OC.

Looking closely at the pictures, it seems like the issue occurred around the main 12-pins under the four additional pins on the top. But looking at the adapter, almost the entirety of it has burned up and melted. The cable is supplied and confirms the official NVIDIA specifications and we already stated that bending or putting too much stress on the cable can lead to abnormal temps that can end up causing issues such as these.

The user reports that he was playing Red Dead Redemption 2 on his NVIDIA GeForce RTX 4090 PC when the card went up in flames and burned the power connector. He also states that it could be a faulty cable and will RMA it though we won't be able to get to the bottom of this issue until we get more information.

It was recently spotted that the NVIDIA 16-pin adapter cable for the GeForce RTX 4090 graphics cards is just too thick and not easy to manage in smaller PC cases as it hits the side panel really often. So users will have to bend the cable a lot to close the panel but once again, this bending is not recommended as it could heat up the cables and cause the adapter to burst up in flames.

More on that here. Custom cable manufacturers and modding companies are trying to overcome this issue by offering 90-degree angled connectors which should go up on sale in a few weeks.

But this is just one report and the issue doesn't seem to be too widespread otherwise we would have been hearing multiple reports. But users only had two weeks at max with the cards & most people are still waiting to get their shipments. So if the adapter or the plug on the NVIDIA GeForce RTX 4090 graphics cards is really faulty, we will know for sure in the coming months.