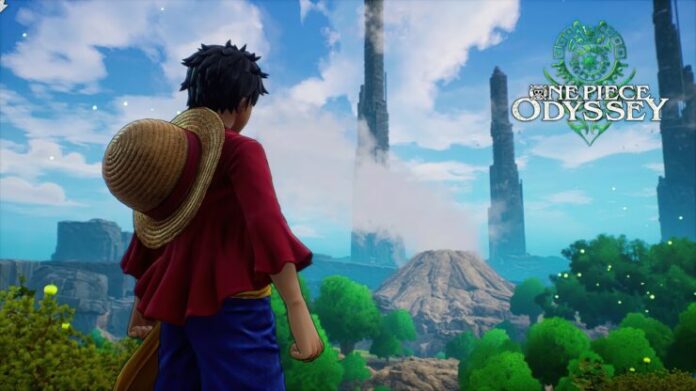 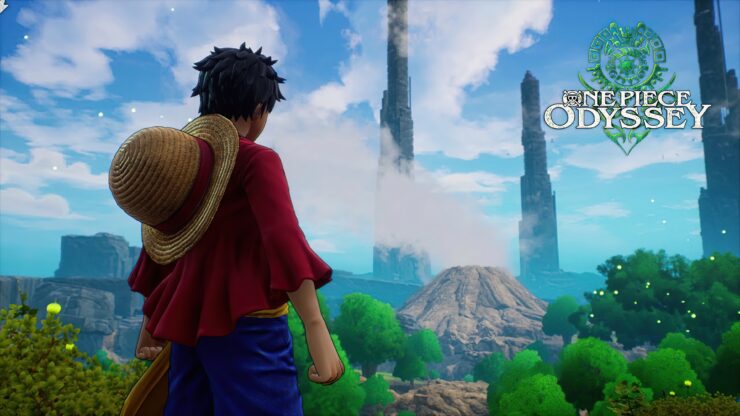 Perhaps one of the other few playable console titles available at New York Comic Con 2022 on the show floor was Bandai Namco's upcoming AAA JRPG based upon the One Piece franchise. One Piece Odyssey, while still slated for a release next January, was available to experience one of the middle locations of the game. Our first impressions were based on twenty minutes spent with the Straw Hat Pirates, but is One Piece Odyssey worth sailing down the Grand Line for?

Luffy and crew's adventures take place in One Piece Odyssey with the King Kong Garden. Luffy's squad has been split apart, with Luffy being joined by Chopper, Robin, Sanji, Usopp, and Franky. That leaves three key allies left to rescue from whatever predicament has fallen upon Zoro, Nami and Brook. Sometime before the demo opens, the pirate crew are sailing near Waford when their ship Sunny is assailed by "frozen lightning" and sunk offshore. As the cutscenes end and control is finally given to the player, Luffy and crew set out to rescue their missing crewmates from beast and kidnapper.

Given that this is a fully 3D adventure, Luffy can freely run around the environments, which are usually and inconveniently gated by cliff edges and precipices that Luffy could easily fall off if the game didn't allow him to wander out of bounds. Various traversal abilities can expand how and where Luffy can venture, although only Luffy's ability to stretch his arms out and swing across mossy branches to cross gaps. Tooltips also reference the ability to break walls and rocks to reveal hidden objects and treasure chests, some of which require special keys to unlock. Each of the Straw Hat crew also has their own abilities to bring to the party that fits right in line with their anime counterparts, such as Sanji's affinity for cooking when making camp for the night at campfires or shooting trick balls as Usopp to inflict status ailments on enemies before combat begins.

Combat in One Piece Odyssey begins as Luffy stumbles upon a scripted boss fight or runs into enemies on the open fields; sneaking up behind enemies can give Luffy's team an advantage for the first turn of battle, while enemies can do the very same if the player isn't paying attention. If Luffy's level is higher than the enemy, they simply won't chase after the Straw Hat crew rather than being eliminated in a single strike without the need for engaging them in combat (although perhaps there may be a skill Luffy's crew can unlock later on to permit that). Being an RPG first and foremost, expect much of the adventure to be spent on the field of battle.

One Piece Odyssey is based on a turn-based battle system where the player's side acts out all at once while each squad of enemies acts just as soon as their icon is fully illuminated and the turn marker fills up. When it comes time to control the player's squad, players issue commands to each pirate individually. Positioning is important in One Piece Odyssey as the battlefield itself is filled with a number of smaller regions where attacks and effects can target that entire region of space, although most only impact a single target at a time. Each enemy on the field has a specific attack affinity between melee, weapons, and ranged attacks that have a rock-paper-scissors style strength and weakness versus the other two types (guns beating swords, swords beating fists/Power, and fists beating guns). Elements also play a major role in One Piece Odyssey and while Lightning was the main one showcased during Nami's skillset, expect to see many more as the Straw Hat crew faces off against all manner of foes.

Commands are given to each Straw Hat pirate individually and the player can choose the order that they select each character to permit the player to buff a certain character before unleashing an ultimate attack or perhaps clearing one zone of enemies so that a more effective character can jump into that unoccupied space and be closer to the boss of that battle. Skills appear to be the most effective tools in combat and while most take up a sizeable chunk of TP to pull off, many are capable of turning the battle around in an instant. For example, many of Luffy's most powerful skills first require him to pump himself up and put himself into Gear 2 status through the skill of the same name, boosting his capabilities for five turns and unlocking a wide range of Gum-Gum named attacks. On the other hand, Chopper is your supporting character, having access to area-of-effect heals in exchange for a sizeable TP cost.

Occasionally special battle events called Dramatic Scenes can pop up during specific conditions, typically during story fights in One Piece Odyssey. These might have a statistical increase in player or enemy capabilities and usually require a specific goal to accomplish. For one of the main encounters in the One Piece Odyssey demo, Usopp was surrounded by enemies and needed to be rescued by way of "liberating" all of the enemies in conflict with his zone on the field before he gets knocked out. These help mix up the combat by adding in additional objectives rather than simply a race to defeat enemies as fast as possible every single time. In many ways, the zone system to combat reminded me of other RPGs I had played fairly recently, such as Edge of Eternity or Wild Arms 4 (okay, maybe that one's been at least a decade since my last playthrough).

One Piece is no stranger to RPGs in the past, from the Romance Dawn arc on Nintendo 3DS to Unlimited World RED or the plethora of One Piece Pirate Warriors titles. However, Bandai Namco has already made a solid showing of how Luffy's crew can make the jump into a higher-budget RPG without losing the individuality and character of each member of the Straw Hat crew. While January is already shaping up to be a packed month, One Piece Odyssey will be one adventure to keep an eye on. One Piece Odyssey will be available across PlayStation 4, PlayStation 5, Xbox Series S|X, and PC when it launches on January 23rd, 2023. Xbox One is conspicuously absent from the console lineup.

The post One Piece Odyssey NYCC Hands-On Preview – The One Piece is Real by Kai Powell appeared first on Wccftech.