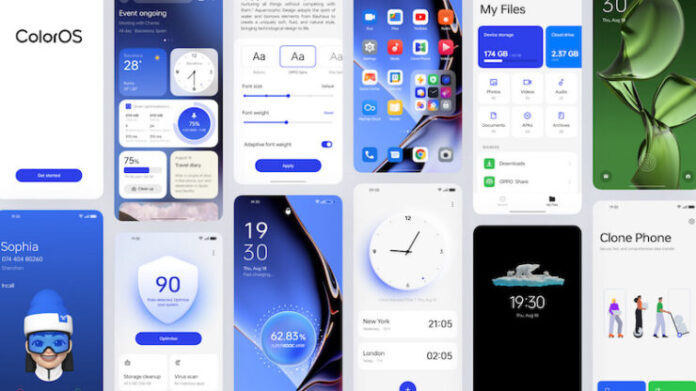 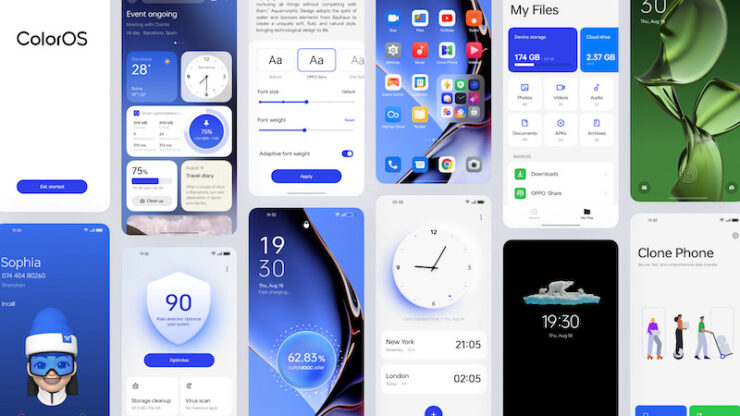 Earlier this month, OnePlus revealed the OxygenOS 13, the latest version of its custom Android skin that was based on Android 13. Today, Oppo has lifted the curtains off the ColorOS 13, and to no one's surprise, it is a lot similar to the skin found on the OnePlus phones.

Like OxygenOS 13, ColorOS 13 also gets the new Aquamorphic Design; the goal here is to offer fluid, vibrant, and inclusive UI as well as animations that are inspired by the way water acts in nature.

The New ColorOS 13 is a Lot Similar to OxygenOS 13

The new OS consists of a new system theme palette based on the changing color of light between sunrise and sunset at sea level, a new font with better readability, and a card-style layout that will display information in a clear and visual-friendly order.

Oppo's latest skin also brings new animations to the table that will deliver softer, more natural, and realistic interaction effects. The animations are powered by an updated Quantum Animation Engine that is responsible for delivering precise feedback when interacting with the UI. In addition to that, ColorOS 13 includes a new Shadow-Reflective Clock widget that accurately shows you the flow of time, new inclusive illustrations, as well as a dedicated IoT device control module, media playback controls in the updated Control Center, and more. 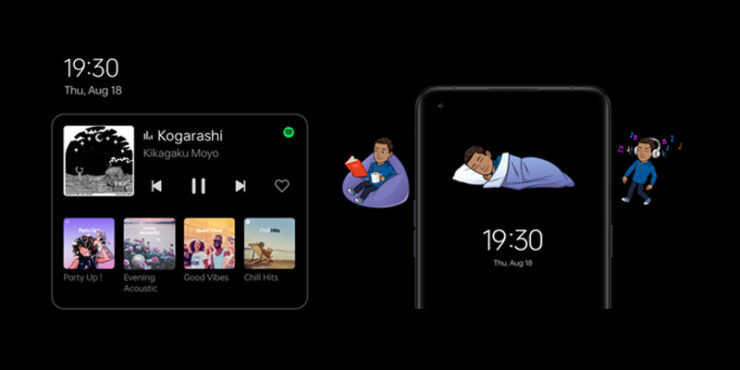 ColorOS 13 also brings new features that help with the multi-tasking experience. You get Multi-Screen Connect support from Oppo Pad Air, a new Meeting Assistant that ensures that users get a stable network connection and a lot fewer distractions during meetings. You also get a new sidebar shortcut to take meeting notes.

ColorOS 13 also introduces new privacy and security features to the table including the Auto Pixelate option that can recognize and blur profile photos and names in the chat screenshots. ColorOS' Private Safe feature has been improved and there is also a new UI, and it now encrypts your data using the widely-popular Advanced Encryption Standard.

For that interested in knowing the rollout schedule, you can check it out below. 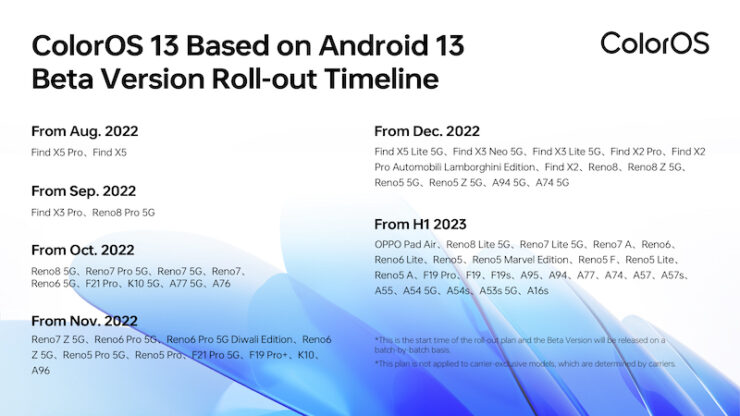