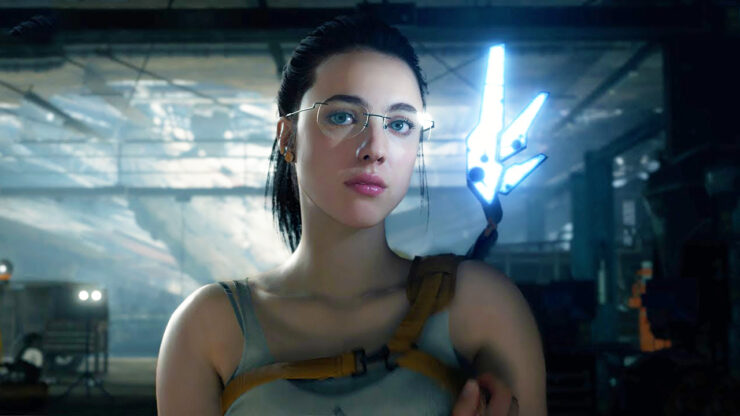 For some time now, fans have been teased with the tantalizing prospect of a Hideo Kojima horror game, but it has remained unclear if anything would ever come to fruition. Of course, Kojima was slated to make Silent Hills with Guillermo del Toro and released the terrifying P.T. demo before acrimoniously splitting with Konami. Since then Kojima has, from time to time, hinted he might be thinking about taking another whack at the horror genre, but nothing has been announced or confirmed. Well, according to prolific leaker Tom Henderson our Kojima horror dreams/nightmares are about to come true, as Kojima is set to unveil a new project titled Overdose.

Per Henderson, Overdose will star Margaret Qualley, who played the character Mama in Death Stranding. Apparently, Henderson has seen some sort of brief teaser, which shows Qualley’s character (who won’t be tied to the Death Stranding universe) making her way through a darkened corridor, eventually leading to a jump scare and the reveal of the title Overdose. The teaser shows Qualley’s character in third person, but word is, the game itself may be played in first-person.

As for when we might get to see this teaser for ourselves, Kojima recently had a Zoom call with good buddy Geoff Keighley, so perhaps a Summer Game Fest Kickoff showing is in order. There were also persistent rumors Microsoft may be publishing Kojima’s next project, so perhaps an appearance at the upcoming Xbox & Bethesda Games Showcase is more likely. Either way, if a teaser trailer is already making the rounds, clearly an official reveal must be coming soon.

What do you think? Eager to see Kojima finally get to make his horror game? I’m a bit up and down on his stuff, but P.T. was a little slice of brilliance, so I’m eager for more.