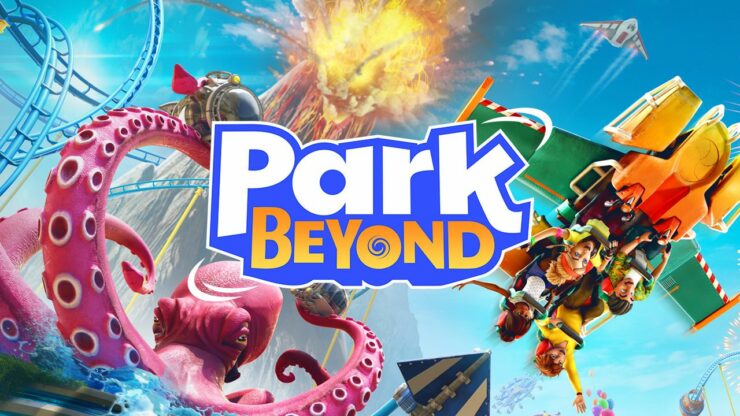 Looking at simulation games, particularly ones where you are running something, they are probably at the highest point ever. I'd argue they have surpassed the previous peak found with Sim City, Theme Park World, Theme Hospital, Rollercoaster Tycoon, Capitalism II, and similar. In the theme park area alone, there's stiff competition from Planet Coaster and Parkitect, but Limbic Entertainment and Bandai Namco are looking to challenge this with Park Beyond.

How exactly are Limbic and Bandai Namco looking to push themselves to the top? By literally going above and beyond, taking theme park building and management to a whole other level. They are also looking to push the limits of your imagination and certainly push the boundaries of physics.

Impossification, that's what they're calling it. This is where you take a regular ride and turn it into something that would be impossible. We've all seen real-life rollercoasters pushing boundaries and taking the rider to the edge. Park Beyond will destroy any thoughts you may have had and give you the tools to do more than give somebody a vertical drop; that's old news.

Let's start with the hands-on part of my preview. After being shown a presentation (more on that later), I got hands-on with Park Beyond and did what was essentially a made-for-Gamescom tutorial about rollercoaster building. I was in a city; tasked with building a rollercoaster to the entrance to the theme park. The game introduced me to a few basics, like raising and lowering, taking corners, banking, and shooting the cars out of a cannon.

Eventually, it gave me a bit of free reign. One thing, you'll find that momentum still applies here. You can go at insane speeds, but if you're trying to climb, the coaster will slow down, and the carriage will go backwards. That's about the only sense of reality I've seen out of the coasters, with me having been able to send the track through a concrete building tube suspended by a crane, go through the advertisement of a doughnut store, start looping in a way that would make astronauts prey for the centrifuge.

The building was pretty damn intuitive. If anything, this is one of the more accessible titles I've been able to pick up and play: the sandbox mode and the coaster-building part. However, the sandbox limited what I could build. The flat rides were as expected. Putting an entrance and exit was no different to older Theme Park titles. These rides, the stores, and general management are all expected but certainly made accessible. I played using a mouse and keyboard but saw others on gamepads, seemingly finding it easy to pick up and play.

Now I get to the parts shown in a presentation but not something I could fully experience hands-on. I've mentioned the impossification of rides, but it's more than that. You can impossify everything within your park, from the flat rides and stores to your staff and even the general buildings. Eventually, you could have a giant monkey swinging people around. Not a real monkey, though, just an artificial one, so that's okay. It's all about taking some of the little things you'd see in an actual theme park and making them impossible. Here, even the scenery fluff is part of the ride.

It's all through the levelling up of buildings and rides and the modular system from which the Park Beyond scenery fluff is designed. You can create massive superstructures that your rides will go through or possibly use. You will unlock everything in something surprising for a game of this genre; Park Beyond features a thirty-hour-plus story-driven campaign. In the campaign, you'll be working with varied board members, each with their own opinions, and your choices will dictate the objectives of your next mission.

Everything mentioned makes Park Beyond an interesting title, one I genuinely had no clue about going into Gamescom, but one I'm intrigued about now. A game that looks to make the impossible a reality in a genre such as this is unusual. It wants to offer unlimited potential, the limits being your imagination. Hopefully, it will meet that goal when it releases for the PC, PlayStation 5 and Xbox Series S/X sometime next year.