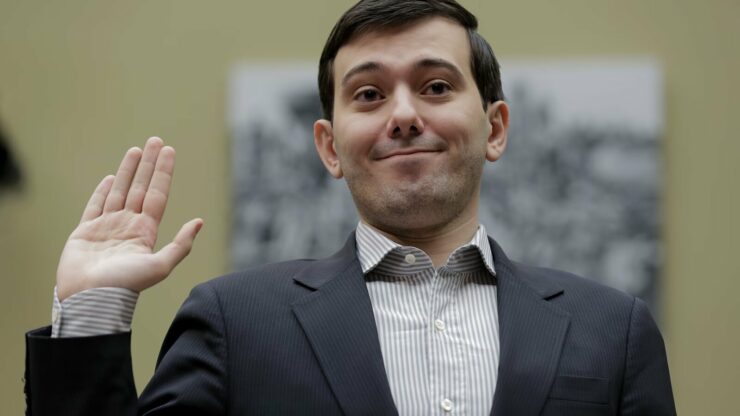 It takes a special kind of tone-deaf attitude for one to name an ERC-20 token with the express purpose of garnering fame through notoriety. Well, the colloquially labeled Pharma bro, Martin Shkreli, has now taken just such a step to capitalize on his own infamy by launching the Martin Shkreli Inu (MSI) token – we kid you not!

Readers would know Martin Shkreli as the person who had jacked up the price of a life-saving drug, Daraprim, by 5,000 percent, winning widespread condemnation and an outright banishment from the wider pharma industry in the process.

Well, Shkreli, inarguably one of the most hated C-suite veterans, has now formally entered the blockchain space by launching the Druglike platform, which is based on the Martin Shkreli Inu token.

Before musing on its implications, let's go over Druglike's concept. The raison d'etre behind this entire effort by Martin Shkreli is to presumably democratize the computational drug discovery sphere. Basically, Druglike is a decentralized computation network that will be available for free to early-stage drug discovery projects. Powered by the MSI token, the platform aims to incentivize drug discovery solutions by using a Proof-of-Optimization framework.

So, how does Martin Shkreli aim to achieve these lofty goals? Well, the project's whitepaper goes into some much-needed details. Druglike aims to simplify the virtual screening of viable drug candidates by using distributed computing powered by blockchain.

"Virtual screening is a widely used computational technique that leverages both machine learning and biomolecular simulation to quickly filter large sets of ligands to a smaller group of candidates that may demonstrate high binding affinity in subsequent in-vitro assays."

Martin Shkreli Inu token is based on a modified form of Proof-of-Work where "miners" would expend computational power to discover ideal drug-related compounds in what the whitepaper describes as a Proof-of-Optimization framework. These miners would then win the MSI token as a reward. Moreover, the blockchain envisages two main node types: the worker node submits candidate ligand poses to the blockchain and receives MSI-based rewards in return, while the validator node uses a Proof-of-Affinity framework to evaluate the effectiveness of the submitted candidate ligand poses, again winning MSI tokens as a reward.

As a refresher, a ligand refers to an atom or a molecule that attaches to another larger molecule. Pose refers to the conformation and orientation of molecules within the molecular docking framework.

With the refresher course over, what's the catch with the Martin Shkreli Inu token? First, Shkreli's persona and reputation is hardly what one might describe as trustworthy. Consequently, the specter of a rug pull looms large over this project. Second, Druglike does entail hefty fees of as much as 16 percent. Then there is the fact that there are around 1 trillion MSI coins in circulation – basically relegating it to a meme coin status.

Martin Shkreli has been slowly coming out of the well-deserved hibernation imposed upon him following the Daraprim saga. Earlier this month, Shkreli published his bearish thesis on AMC Entertainment, enraging the stock's bulls in the process. Nonetheless, Druglike marks the disgraced pharma executive's most prominent effort to date to overcome his notoriety and carve out a new identity. Will it be successful? We won't hold our breath on that count.