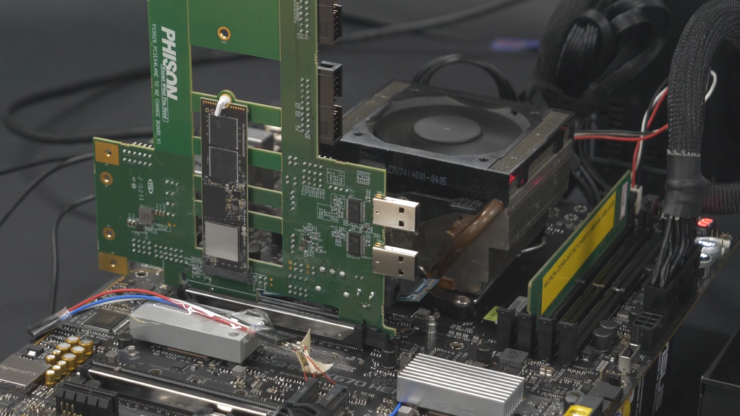 While we are expecting over 14 GB/s speeds for the enterprise segment, it looks like consumer-tier PCIe Gen 5.0 SSDs won't be much far behind in terms of sequential read and write performance. In the demo, Phison tested a PCIe Gen 5.0 SSD engineering sample featuring their upcoming E26 SSD controller and Micron's latest 3D TCL NAND Flash memory.

The demo system was running on a proprietary Phison test board which allows them to evaluate & test next-generation PCIe Gen 5.0 SSDs. The platform utilized for this demonstration was running an ASUS ROG X670E HERO motherboard with a prototype AMD Ryzen 7000 Desktop CPU. In terms of performance, the demo yielded a sequential read of up to 12.5 GB/s and a sequential write rated at 10 GB/s. These are some blistering fast speeds compared to the maximum 7-7.5 GB/s speeds on current PCIe Gen 4.0 SSDs. 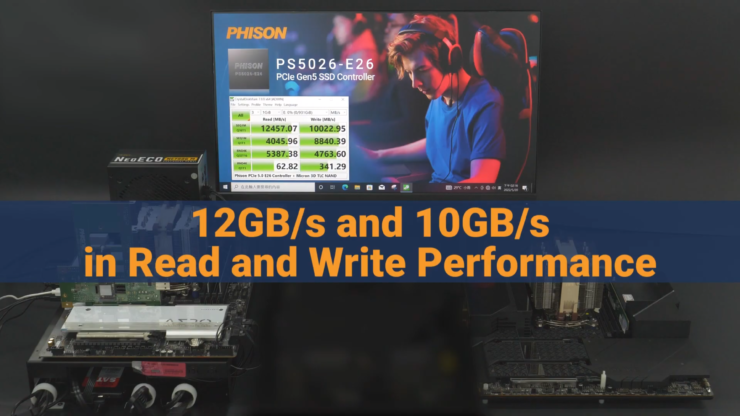 Phison can also be seen evaluating the same PCIe Gen 5.0 NVMe SSD on an ASUS Z690 AERO D board that utilizes an Intel Alder Lake-S Desktop CPU. Both the AMD Ryzen 7000 and Intel Alder Lake Desktop CPUs support native PCIe Gen 5.0 lanes and will be able to support such high-end SSDs when they launch later this year. Phison has already announced a collaboration with AMD to usher in the era of Gen 5 SSDs for the consumer segment.