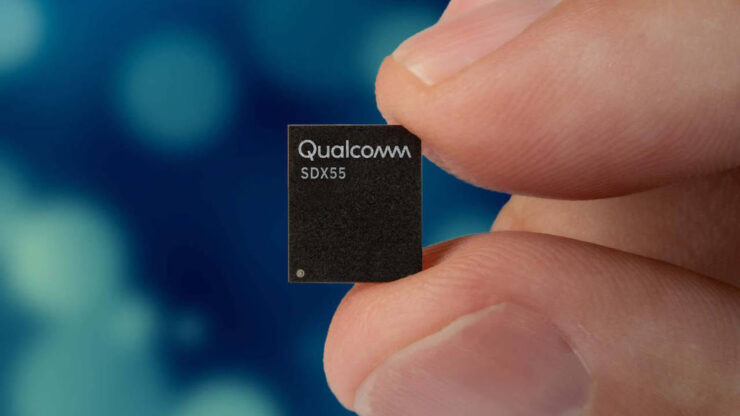 Qualcomm has announced the latest RFFE module that will allow the company to bring 5G with Wi-Fi 7 to all the next generation of devices. The company has talked about how its radiofrequency front-end or RFFE solution is the best companion for an up-to-date mobile modem, as it grants access to the new spec of "5G/Wi-Fi coexistence" on a given device, along with battery savings and better performance.

Of course, the new Qualcomm tech is compatible with smartphones, as well as with other IoT devices, VR headsets, and car systems, too.

Qualcomm has called itself a leader in the mobile RFFE, this is the module that is responsible for the model connecting to other components such as the antennae. The company has prepared products for devices such as PCs, wearables, XR headsets, mobile broadband CPEs as well as smartphones. Now, it claims that the latest iteration can also bring automotive and IoT systems into the fold.

The new Qualcomm RFFE modules are also said to be purpose-built for Wi-Fi 7, along with 6E. In this case of devices such as next-gen smartphones or laptops, you can actually get concurrent support for 5G and Wi-Fi connections, which will result in much faster speeds and performance.

Qualcomm has also claimed that the modules have full compatibility with any newer third-party modems and other parts.

Manufacturers can use the new modules along with Qualcomm Technologies’ client connectivity products, such as Qualcomm® FastConnect

7800 Wi-Fi 7/Bluetooth Systems and Snapdragon® 5G Modem-RF Systems – for cutting-edge wireless such as those devices featuring Snapdragon® Connect. Or they can use 3rd party Wi-Fi and Bluetooth chipsets along with the modules.

The new front end modules are currently sampling to customers. Commercial devices featuring the new solutions are expected to launch by the second half of 2022.

You can read all about the latest Qualcomm RFFE module here.

The post Qualcomm Announces the Latest RFFE Module to Bring 5G with Wi-Fi 7 to Next-Gen Devices by Furqan Shahid appeared first on Wccftech.