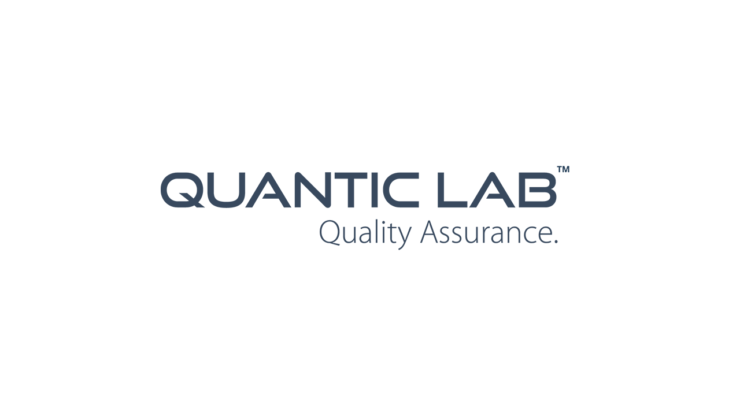 Some time ago, I covered the story regarding a statement from Quantic Lab regarding an expose made by Upper Echelon Gaming. Ever since then, I've had the pleasure of working with the creator of the channel to uncover some of the hidden truths behind Quantic Lab's practices that have been thoroughly swept under the rug through dubious NDAs.

Let's take the gloves off straight away. The sources described Quantic Lab, a Quality Assurance studio owned by the Embracer Group, as a workplace that has fostered an extremely toxic environment for its workers. The measures this company has taken could downright border on the illegal. The testimonies I've seen so far confirm the existence of an organizational culture rooted in disrespect for several hard-working employees.

Let's get started with a reality check. Despite their efforts to deny things, Quantic Lab has proven to be a company with very poor management and low salaries. This studio is a revolving door of talent as 5-10 new people are trained with every new project, team leaders included.

Sure, Quantic Lab has a big portfolio of work, and some of it includes games like Destroy All Humans!, Wreckfest, and CD Projekt RED games like The Witcher 3 and Cyberpunk 2077. But that doesn't mean much when inexperienced people are downright placed in charge of the projects themselves.

On the subject of Wreckfest, Quantic reportedly lied about the number of employees who worked on it to the client. Many teams were undersized and drastically understaffed for major contracts and partners. In the case of the aforementioned game, Quantic essentially outsourced its workload (yes, an outsourcing company outsourced even further) to India.

One of the testimonials also pointed out that the company has let go of several employees because they asked for a raise. Furthermore, it's worth noting that those people were also paid an average of €350-€650 a month to work in big titles with lots of pressure and tight deadlines. Of course, if you said how much you earned, Quantic Lab would terminate you.

A company like this would definitely need to keep this information a secret to ensure they could pay workers as little as possible. Some might argue that Romanian law supports this kind of secrecy relating to wages. However, ousting employees if they mention their own salary still crosses a very substantial line.

And in case you're wondering, they knew how much of a disaster Cyberpunk 2077 would be before the game even launched. Not like it means much nowadays, but it still should say how bad of a state the game was in. Actually, speaking of Cyberpunk 2077. One of UE's sources who worked at Quantic Lab has told us that while negotiating their contract with CDPR, Quantic said that they had more employees than they really did.

The insight doesn't stop there; they also said that the company didn't even have the proper equipment. Have you ever wondered why those console ports for last-gen were so bad? Well, that was because Quantic staff was only working with Pro consoles. No base nor slim models. They worked in a nearby building and would have to share the consoles with CDPR for testing.

It doesn't mean much for a company like Quantic Lab because while their job description is Quality Assurance, they don't really do much to help. See, because of the aforementioned organizational issues that involve seeing employees constantly come and go, Quantic Lab would also be skittish when handling difficult issues. According to one of the testimonies, Quantic would rather work with minor bugs such as visual glitches. If something more complex like a crash happened, this would very much be frowned upon internally.

I can see why that would be the case, of course. Quantic Lab's leadership would rather boast about many bugs getting fixed than the complexity of the bugs they fixed. As you'd expect, this fostered an atmosphere of ambivalence where the only thing that mattered was bringing numbers up.

And if you think that this is all done under fair conditions, think again. Alongside the hilariously low wages that Quantic Lab employees had to face, they were also assigned projects that required a lot of crunch. One of them was an MMO game that required 30 team members who had to work 16-hour shifts in a room that wouldn't even fit everyone. As stated before, this work would also be taken by brand new and inexperienced employees.

Senior employees aren't kept for long, either. Quantic has a history of pressuring veterans to leave the company without explicitly firing them. In fact, a large number of the people fired from Quantic Lab were kicked out of the company with improper procedures, according to the sources. This was facilitated thanks to them being new workers and inexperienced in working protections.

In one of the cases I was told about, one employee was forced out so they could get a cheaper fresh hire. Additionally, another employee was illegally fired by forcing him to sign a paper that circumvents the Romanian law about "firing with cause". The testimonies have downright stated that Quantic Lab will play dirty to fire employees outside the scope of a legitimate business, going as far as kicking out employees who haven't even collected their personal effects.

There is an additional nugget of information for those curious. A Romanian newsletter that exposes this sort of malpractice known as Hacking Working Podcast wrote a huge article that includes a few of the more impactful testimonies against Quantic Lab. Some revealed that surveillance cameras are installed in the company's offices to monitor every employee. Some places even have fingerprint readers, which are used to identify employees online while verifying their presence on work platforms.

Overall, the workplace culture at Quantic Lab painted by these sources is problematic, to say the least. This entire article was the product of over two dozen interviews originally conducted by Upper Echelon Gaming. All of it was done to expose Quantic Lab's terrible practices that have placed employees inside an isolated environment to be thoroughly struck down.

Usually, the parting thoughts would be something along the lines of "Hopefully this leads to a better future for the industry" but unfortunately, this problem within Quantic Lab is far from an isolated case. This, in fact, exposes a widespread issue within the industry that has been majorly ignored which goes beyond a few buggy games. I'll tackle this issue in a later article, but just know that Quantic is only a symptom of a major disease within the industry.

The post Quantic Lab – A Quality Assurance Company with a Toxic Work Culture by Ule Lopez appeared first on Wccftech.