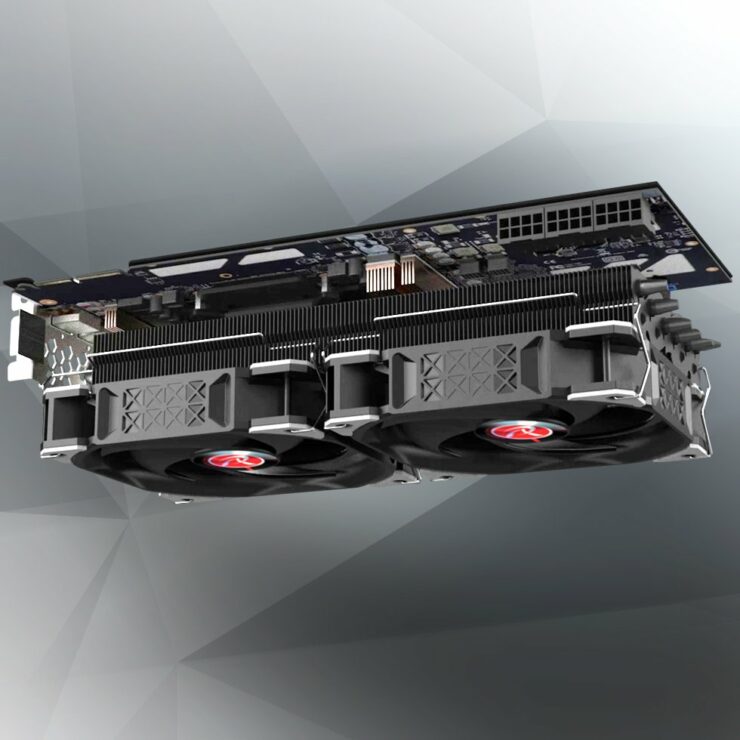 Raijintek has unveiled its latest Morpheus 8069 GPU heatsink cooler which is compatible with the latest AMD & NVIDIA graphics cards.

Aftermarket coolers used to be very popular back in the day with the likes of Arctic and Prolimatech being some of the most prominent names in the industry. Raijintek has also been making some big designs that have been compatible with AMD & NVIDIA GPUs and today, we get to lay our eyes on a brand new GPU heatsink cooler, the Morpheus 8069.

Every image I could pull from Raijintek's website on the upcoming RTX 30/RX 6000 MORPHEUS 8069 3rd party cooler pic.twitter.com/s3bowfIB8b

The Raijintek Morpheus 8069 GPU heatsink cooler is a massive quad-slot design that comes with at least 6 massive heatpipes that lead through a very dense aluminum fin heatsink. This heatsink has a nickel-plated heatsink which makes direct contact with the GPU surface. To cool the memory and the VRMs, Raijintek also provides smaller but pure copper heatsinks that can have pre-applied TIM underneath them. The heatsink comes with both AMD & NVIDIA backplates and mounting brackets as part of the package.

Some of the main features of the GPU cooler include:

There are two 120mm fans provided by Raijintek for the Morpheus 8069 GPU heatsink cooler that provide lots of airflow to the card itself. Since the cooler doesn't come with any external shroud, it would be easy for the air to blow out of the card but it will also mean that the chassis fans will have to do the extra job to push all of that hot air out of the case.

According to FanlessTech, the whole heatsink assembly weighs in at 515g and is compatible with AMD Radeon RX 6900 XT, 6800 XT, 6800, 6700 XT, 6700 & NVIDIA GeForce RTX 4090, 3090 Ti, 3090, 3080 graphics cards. The maximum cooling capacity of the Raijintek Morpheus 8069 GPU heatsink cooler is rated at 360W which means that it would barely be enough to handle the RTX 3090 Ti & RTX 4090 which are rated at 450W however that's the TBP and the cards consume lower power than that in actual games and can also be undervolted with similar performance output. One area this heatsink can really shine is in passive-cooled environments but you can also turn any graphics card into a passively cooled solution. The GPU cooler is said to launch on the 1st of November and no pricing is mentioned.