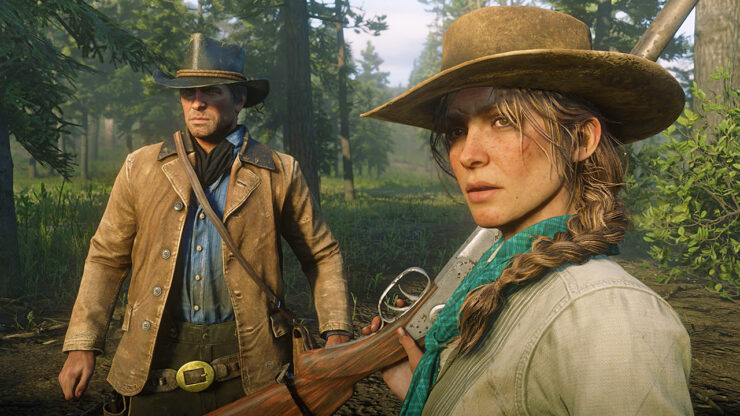 Last week reports emerged from reliable sources that remasters of the original Red Dead Redemption and Grant Theft Auto IV had been shelved or outright canceled. A disappointing development, but perhaps understandable from a business standpoint, given the near-disastrous response to Grand Theft Auto: The Trilogy – The Definitive Edition. Unfortunately, according the latest rumors, Rockstar’s canceling of side-projects has extended further to include the next-gen console updates of Red Dead Redemption 2.

This rumor comes courtesy of Tez2, the original source of the GTA IV and RDR remaster cancelation leak. When a user on the GTAForums asked whether the Red Dead Redemption 2 next-gen upgrades had also been canned, Tez2 responded with the following…

"Yes. I've heard about those a long time ago. As well as their plan to come up with an Enhanced Rockstar Editor. All canceled/halted by now."

Take this with a grain of salt for now, but Tez2 has already shown they have the goods on this particular subject. If this is indeed the case, it’s truly disappointing. It’s one thing for Rockstar to abandon projects that were never officially hinted at (GTA IV and RDR remakes), but I think most people expected we’d eventually get some sort of PS5/Xbox Series X/S update for Red Dead Redemption 2. Rockstar’s western is still one of the best-looking games of all time, but it appears notably blurry on console (for whatever reason, I find the lack of resolution and 30fps performance more noticeable with this game than most). One of the best games of the past generation with over 40 million in sales is being artificially held back for no particularly good reason.

That said, perhaps we shouldn’t be surprised. Rockstar has already announced Red Dead Online support will largely wind down as the company fully focuses on Grand Theft Auto VI development.

Red Dead Redemption 2 is available on PC, Xbox One, and PS4, and playable on Xbox Series X/S and PS5 via backward compatibility. What are your thoughts on this? Were you still holding out hope for proper next-gen console updates?