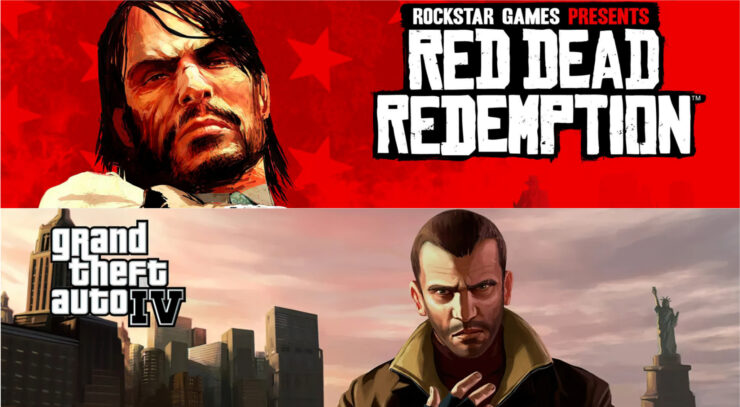 Rumors regarding a Red Dead Redemption remaster or remake have swirled around for nearly six years. Our first such report dates back to September 2016, when Korean website Gamefocus.co.kr stated that Red Dead Redemption HD would be announced shortly for PC, PlayStation 4, and Xbox One, due to be released in early 2017.

Of course, that never happened. Fans then got their hopes up for an unofficial remaster titled Red Dead Redemption: Damned Enhancement Project. Unveiled in August 2019, it aimed to modify the emulated Xenia/RPCS3 versions on PC to improve on aspects like textures, UI/UX menu elements, in-game HUD, draw optimizations, shader and model updates, and more.

Earlier this year, YouTuber Digital Dreams did his best to enhance the RPCS3 version with a ReShade preset that used, among others, MartyMcFly's RTGI shader. But Red Dead Redemption fans had their hopes once again rekindled in late May when Rockstar insider Chris Klippel said that the remaster had been in the works at Rockstar in late 2020 alongside a next-generation update for Red Dead Redemption 2.

However, another Rockstar insider has revealed today that plans for remastering both Red Dead Redemption and Grand Theft Auto IV have been shelved by the game developer, likely in response to the poor reception behind Grand Theft Auto: The Trilogy – The Definitive Edition.

As per a reliable source with clear accuracy on Rockstar plans, remasters of GTA IV & RDR1 were on the table a few years ago, but Rockstar chose not to proceed with the projects in mind.

The poor reception of the Trilogy DE might be a reason behind that decision.#GTAIV #RDR1

As you might recall, Grand Theft Auto: The Trilogy – The Definitive Edition launched to a severely underwhelming reception due to its many bugs and issues. However, it should be noted that GTA: DE was outsourced to Grove Stroot Games. Rockstar could have easily picked another developer for the Red Dead Redemption/Grand Theft Auto IV remasters. Still, that means PC fans will continue to have to resort to the RPCS3 emulator to play the game.

As a side note, Tez2 did confirm the other part of Klippel's original report: Rockstar is reportedly working on an RDR2 next-generation update, though the insider doesn't know when it will be released. Furthermore, Tez2 said the studio is still working on more bug fixes for Grand Theft Auto: The Trilogy - The Definitive Edition, though the focus is now moving towards the massive Grand Theft Auto VI project.