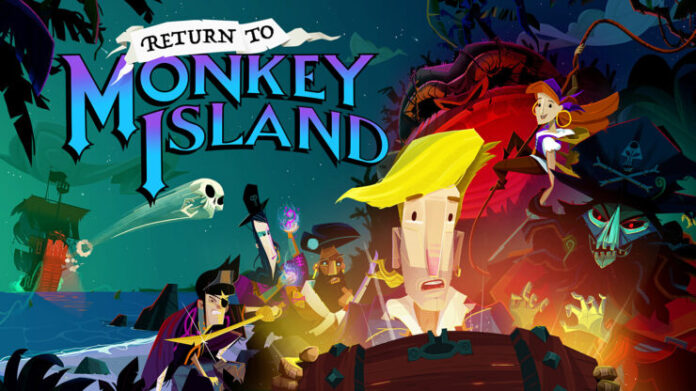 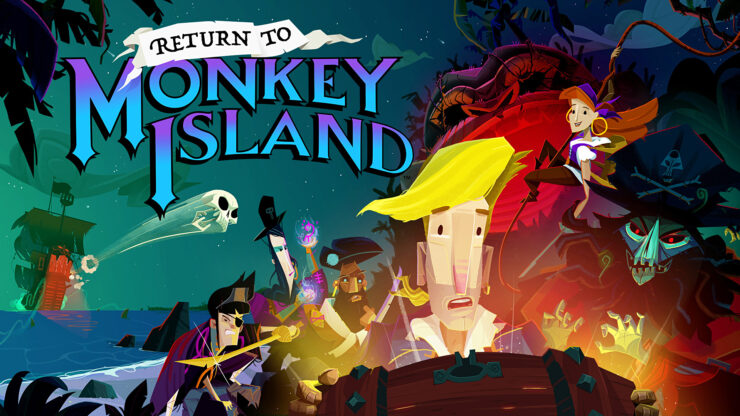 Good ol’ Guybrush Threepwood has been sailing choppy seas for a while now. Following those back-to-back early-90s classics The Secret of Monkey Island and Monkey Island 2: LeChuck’s Revenge, series masterminds Ron Gilbert and Dave Grossman weighed anchor and left LucasArts. The franchise continued with The Curse of Monkey Island and Escape from Monkey Island from new creative teams, both of which have their merits, but felt just slightly off the mark. Then came the episodic Tales of Monkey Island from Telltale Games, which suffered from an obvious low budget and the questionable decision to tether the series to Nintendo’s WiiWare service. Guybrush needs to get his mojo back and thankfully, Gilbert and Grossman have finally sailed back onto the scene with Return to Monkey Island in tow.

Of course, a lot has changed in the 30-plus years since Gilbert and Grossman last made a Monkey Island game. Does Return to Monkey Island prove the series’ formula has aged like a fine leather jacket or will you be point and clicking toward the Quit button? Grab your grog and let’s set sail…

Monkey Island 2 featured a somewhat divisive ending that implied the events of the first two games were simply the imaginings of a kid Guybrush and his brother Chuckie as they hung out at a pirate-themed amusement park. Most subsequent Monkey Island games just pretended that ending never happened, but Return to Monkey Island recontextualizes it in an inventive way. The “kid Guybrush” from the end of MI2 is actually Guybrush and Elaine’s son Boybrush (yes, that’s really the name) and he and Chuckie (whose parentage is now unclear) were just acting out adventure tales his dad told him. This acts as the framing device for RtMI with Guybrush relating the events of the game's story to his son. It’s a clever conceit that allows Gilbert and Grossman to introduce Monkey Island tropes to new audiences and do some fun meta humor in an unobtrusive way.

As for the game’s main plot, it’s classic Monkey Island stuff. Both Guybrush and LeChuck have got sand in their britches about finally finding the true Secret of Monkey Island. As they battle to outwit and outmaneuver each other, players will meet a cast of favorite characters like Elaine, Stan, and Murray, as well as a few new faces, and journey from familiar places like Melee Island to the distant shores of Brr Muda and Terror Island. For those new to all of this, know that nothing in a Monkey Island game is taken particularly seriously, but the series’ characters are typically treated with dignity and care (well, except for poor Wally). Thankfully, the franchise’s sense of humor is very much intact, with this latest offering plenty of legit laugh-out-loud moments.

Return to Monkey Island’s sharp writing is elevated by top-notch voice acting led by the ever-capable Dominic Armato as Guybrush and a murderer’s row of 90s cartoon voices anybody of a certain age will be sure to recognize. And yes, while the game’s highly-stylized 2D visuals caused a bit of a kerfuffle prior to launch, they actually do their job quite well. The style is lively, allows for a lot of unique characters and scenes to be created on a modest budget, and somewhat resembles the wonky angular look mid-90s LucasArts games like Day of the Tentacle and Sam & Max adopted (a style the Monkey Island series originally missed out on).

In terms of gameplay, Return to Monkey Island sticks to the basics. On the Switch, classic point ‘n’ click mechanics are combined with the proximity-based controls of later LucasArts games like Grim Fandango. As you move around a scene, various hot spots appear, which can be highlighted for interaction using the right analog stick. You can also cycle through all the hot spots in the room with the L and R buttons or push them at the same time to make all hot spots show up at once. The controls take a bit of getting used to, but ultimately work just fine (LucasArts certainly came up with worse schemes in the past).

Progression is still very much focused on inventory puzzles, with old-school “adventure game logic” in full effect. Require a broom to complete the deck hand disguise needed to sneak aboard LeChuck’s ship? You’re going to need a mop, but not that obvious one in the Scumm Bar’s kitchen. Oh no, you need to whittle a sliver off that broom and take it to the map maker, who will then make you a map to the ancient mystical mop tree, which you’ll use to carve your own mop. Of course.

It may sound like I’m complaining, but I’m really not. Gilbert and Grossman understand better than most that wacky puzzles are part of the fun of classic adventure games, and weird logic is fine as long as long as it’s adequately explained in-game. Return to Monkey Island does a better job of this than past games in the series. Other tweaks have also been made to make things less frustrating – you have a checklist to keep track of all your tasks, the game clearly communicates when an object can’t be used in a situation, and if all else fails, there’s a fairly exhaustive hint system available. The result is a game that still feels like Monkey Island, but won’t induce that floppy-disc-snapping frustration some past entries did.

That said, Return to Monkey Island does get a bit uneven toward the end, with a bloated fourth chapter full of backtracking and multiple nested collection quests. Monkey Island 2 served up something similar, but honestly, it wasn’t the best part of that game either.  I also found the puzzles in the game’s final chapter to be a bit underwhelming. And it isn’t just puzzles -- the story doesn’t quite nail the landing, either. For a brief moment RtMI hints at an interesting examination of the Guybrush Threepwood character, who, let’s face it, is kind of a selfish jerk at times, but any interrogation of his behavior is ultimately brushed off by Guybrush and the game itself. The game’s ending also doesn’t really do much with its unique framing device or provide a lot of new insight into the series’ characters.

But hey, the Monkey Island games has never really been about, y’know, deep stuff. Much like Guybrush Threepwood, the series has largely sailed along on charm. For the 7 or 8 hours it lasted, I was happy to spend some time with my old swashbuckling friends, even if true change seems as elusive as the Secret of Monkey Island itself.

This review was based on a Switch copy of Return to Monkey Island provided by publisher Devolver Digital.