HomeAnnouncementSamsung Announces Fastest LPDDR5X RAM, Operating at 8.5Gbps, Will Be Made for...
AnnouncementFeaturedLPDDR5XMobileNewsSamsungStickyTechnology

Samsung Announces Fastest LPDDR5X RAM, Operating at 8.5Gbps, Will Be Made for the ‘Snapdragon Mobile Platform’ 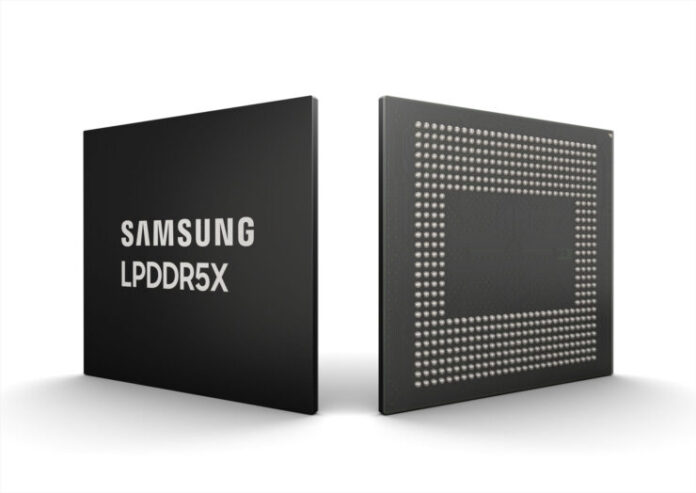 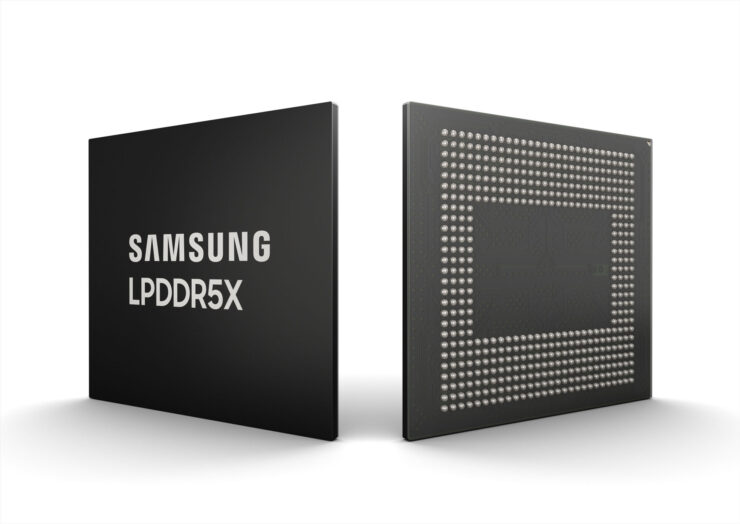 Samsung’s Previous LPDDR5X RAM Topped out at a 7.5Gbps Bandwidth, Which Was Achieved Back in March 2022

The latest LPDDR5X RAM chips will be mass produced on the company’s 14nm architecture and will deliver unrivaled bandwidth for multiple applications, including mobile devices such as smartphones and tablets. According to SangJoon Hwang, Senior Vice President and Head of the DRAM Design Team at Samsung Electronics, these applications will be expanded to servers and automobiles too.

“In recent years, hyperconnected market segments such as AI, augmented reality (AR) and the metaverse, which rely on extremely fast large-scale data processing, have been rapidly expanding. Our LPDDR5X will broaden the use of high-performance, low-power memory beyond smartphones and bring new capabilities to AI-based edge applications like servers and even automobiles.”

Samsung claims that its latest LPDDR5X RAM can top out at 8.5Gbps data processing speeds, making it 1.3-times faster than the previous LPDDR5’s bandwidth of 6.4Gbps. The new 14nm process will also make the latest memory more power efficient, consuming 20 percent less power compared to the LPDDR5 standard. These 16Gb LPDDR5X RAM chips can be configured to provide up to 64GB of memory, meaning that high-performance notebooks can also make use of this technology.

We expect Apple products to adopt LPDDR5X RAM when the company announces future MacBook Pro models since there will actually be a use-case for using this much memory. We have yet to see if the 2022 MacBook Pro models feature the same memory. Samsung also claims that this technology will be tailored for Qualcomm’s Snapdragon mobile platform, with Ziad Asghar, Vice President of Product Management, stating the following.

“At Qualcomm Technologies, we strive to be at the forefront of enabling and adopting the latest memory specifications on our Snapdragon mobile platforms. We’re the first in the mobile industry to enable the latest LPDDR5X at 8.5Gbps on Snapdragon mobile platforms, which will enhance user experiences with new features and improved performance for mobile, gaming, camera and AI applications.”

Earlier, Samsung and Qualcomm inked an agreement where future Galaxy lineup of smartphones and tablets would exclusively use Snapdragon chipsets. In this case, the Galaxy S23 family will be outfitted with the Snapdragon 8 Gen 2, meaning that the three models could also be incorporated with the fastest LPDDR5X RAM. Only one way to find out and that is to wait for more updates in the coming months.

The post Samsung Announces Fastest LPDDR5X RAM, Operating at 8.5Gbps, Will Be Made for the ‘Snapdragon Mobile Platform’ by Omar Sohail appeared first on Wccftech.