HomeAndroidSamsung Shows What its 200-Megapixel Camera is Capable Of
AndroidcameraFeaturedMobileNewsSamsungStickyTechnology

Samsung Shows What its 200-Megapixel Camera is Capable Of 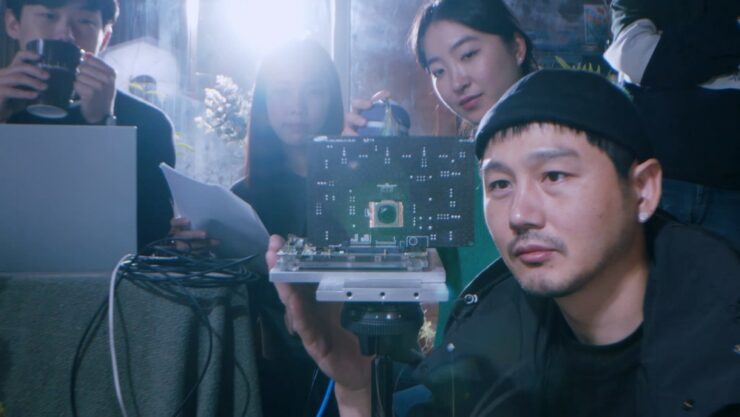 Towards the end of last year, Samsung gave us a glimpse of what the 200-megapixel camera sensor can do. However, at that time, we did not know much about the sensor or what it is capable of doing but it seems like the South Korean tech giant has been hard at work as it has been improving the 200-megapixel sensor. Despite the fact that this technology is still not available in any production device, the firm has continued to show off the sensor, and going as far as printing a massive canvas and displaying it.

The 200-Megapixel Sensor by Samsung is Insane

The picture that we are talking about measures 616 square meters. For those wondering just how big it is, it is around one and a half times the size of a basketball court. As suggested before, the image has been taken using Samsung's 200-megapixel sensor and the project came about as the company's way to "truly test the limits of the high-performance 200MP image sensor and its image quality.” It should not come as a surprise that printing out a large image is a challenge because if the picture is not clear enough, you will start seeing defects on a larger print.

It is also important to know that Samsung using the 200-megapixel sensor is still in the testing phase; which means that the sensor was used in conjunction with a custom board. Samsung also filtered the board with an adapter that allowed the team to attach DSLR lenses to it. However, for the final result, the team decided a pure image was best and just went with the camera sensor. The team clearly liked the results, and the photos that came out were shockingly good.

Taking the final photo was no easy task because the 616 square meter image had to be printed in pieces. In total, the Samsung team had to print 12 pieces and they were all stitched together to create a single image. By going through this process, the company realized how having a sensor with such a massive megapixel count does come with advantages, and the main one is that you can zoom in and crop images without losing any quality.

You can learn more about it here.

The post Samsung Shows What its 200-Megapixel Camera is Capable Of by Furqan Shahid appeared first on Wccftech.