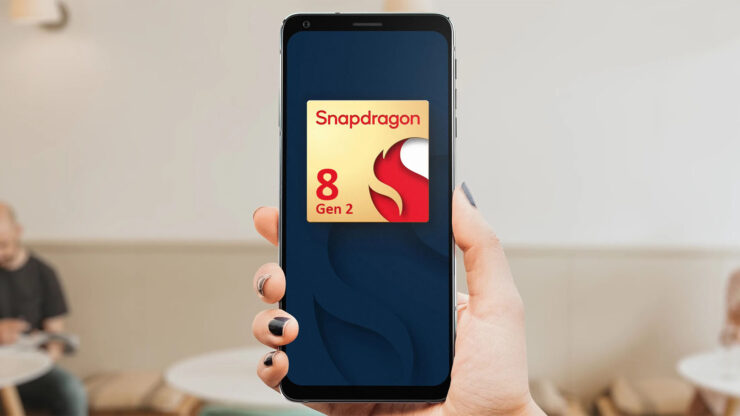 Qualcomm has continued to release flagship smartphone chipsets in the ‘1 + 3 + 4’ CPU configuration, and its latest Snapdragon 8 Plus Gen 1 is no exception. The company’s strategy may change, however, with the Snapdragon 8 Gen 2 launch, and it is rumored to arrive in a completely different configuration.

Snapdragon 8 Gen 2 to Be Mass Produced on TSMC’s 4nm Node, but Qualcomm Could Stick With a Single High-Performance Core This Time Too

Instead of a ‘1 + 3 + 4’ CPU cluster, the Snapdragon 8 Gen 2 could switch to a ‘1 + 2 + 2 + 3’ configuration and is expected to be mass produced on TSMC’s 4nm architecture. Even though TSMC is said to put its cutting-edge 3nm technology to work later this year, it will likely be reserved for Apple first. The Snapdragon 8 Gen 2 is said to feature the model number SM8550, with the SoC rumored to be codenamed Kailua.

Even though the chipset will likely be announced later this year, its CPU configuration leak by Digital Chat Station makes up a large percentage of the core information and reveals Qualcomm is moving to a different approach as far as the configuration goes. That single high-performance core is said to feature the codename Makalu followed by two Makalu cores, two Matterhorn cores, and three Klein R1 cores.

For those that do not know, ARM provided details on its Matterhorn cores back in 2021, so Makalu ones will likely be for premium smartphones launching in 2022. Assuming that all of this information checks out, the Snapdragon 8 Gen 2 could sport one Cortex-X3 core, which could be announced later this year, along with two Cortex-A720 cores, two Cortex-A710 cores, and three power-efficient Cortex-A510 cores.

This entire configuration could be paired with the Adreno 740 GPU, but its clock speed details, the performance difference between Adreno 730, and more information is yet to come forth. According to another tipster, the Snapdragon 8 Gen 2 could tout better power-efficiency than Snapdragon 8 Gen 1, and TSMC’s 4nm architecture will likely be credited for this improvement.

More information surrounding the Snapdragon 8 Gen 2 will likely be reported on in the coming weeks, so stay tuned for more updates.