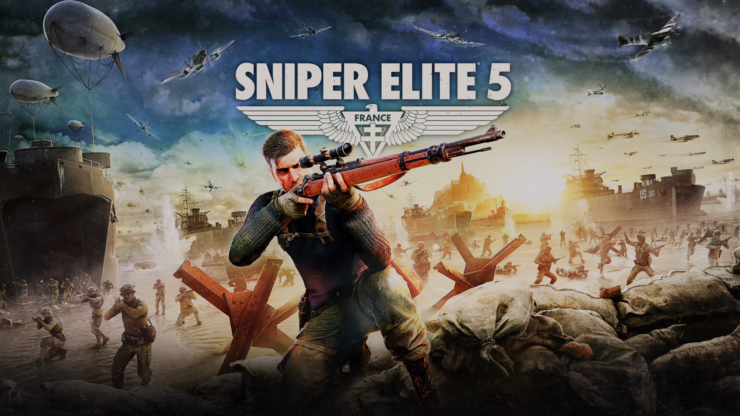 Sniper Elite holds a special place in my heart being the simulation shooter with a higher percentage of exploding testicles and kneecaps than nearly any other big budget shooter on the market. Now more than 65 years removed from World War II, the team at Rebellion continues to find innovative ways for players to take aim at their chosen Axis adversaries. Now, the Sniper Elite campaign ventures out towards Versailles in the fifth chapter of the series: France. 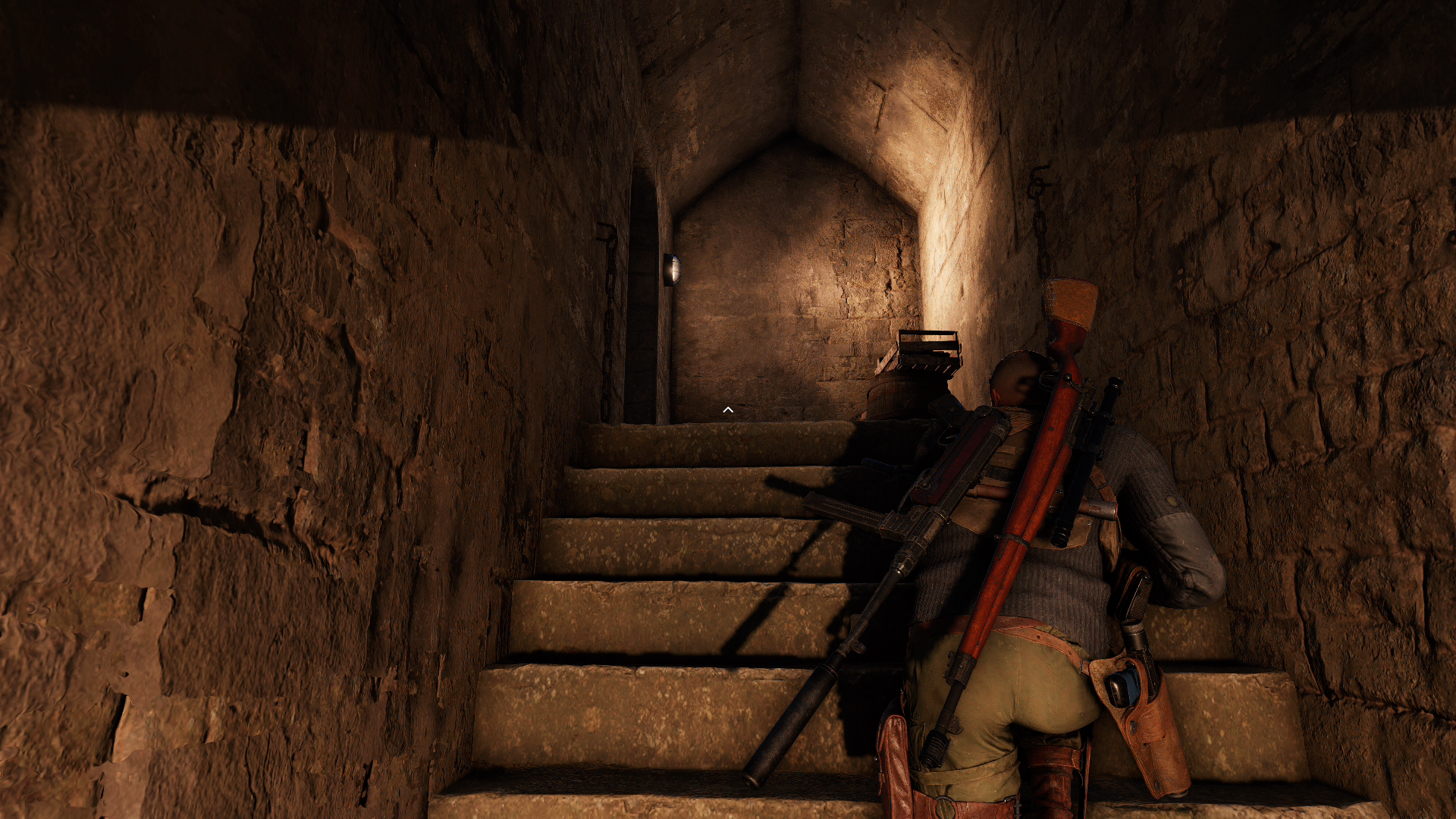 Sniper Elite 5 opens with the player stepping back into the worn boots of Karl Fairburne, an American-born sniper that acts as the protagonist of each entry in Rebellion’s long-running and long-gunning shooter series. Even if you’ve never played any of the previous four titles, Sniper Elite 5 serves as just as fine of a starting point as any in your sniping career.

While the battlefields have shifted towards the Bay of Biscay, Sniper Elite 5 doesn’t stray too far from the establishments of the series: wide-open maps, multiple forms of weaponry from your garden variety long gun to various submachine guns and pistols. Each weapon Karl takes with him on a mission can be customized but first, they must be acquired. Many of these come from either finishing one of the nine-story missions or a specific kill objective in each (in the third mission, Spy Academy, the mission is to stealth kill a specific commanding officer to unlock the Pistole 08 which works great with a sniper scope and suppressor for sneaking through missions on Authentic difficulty). 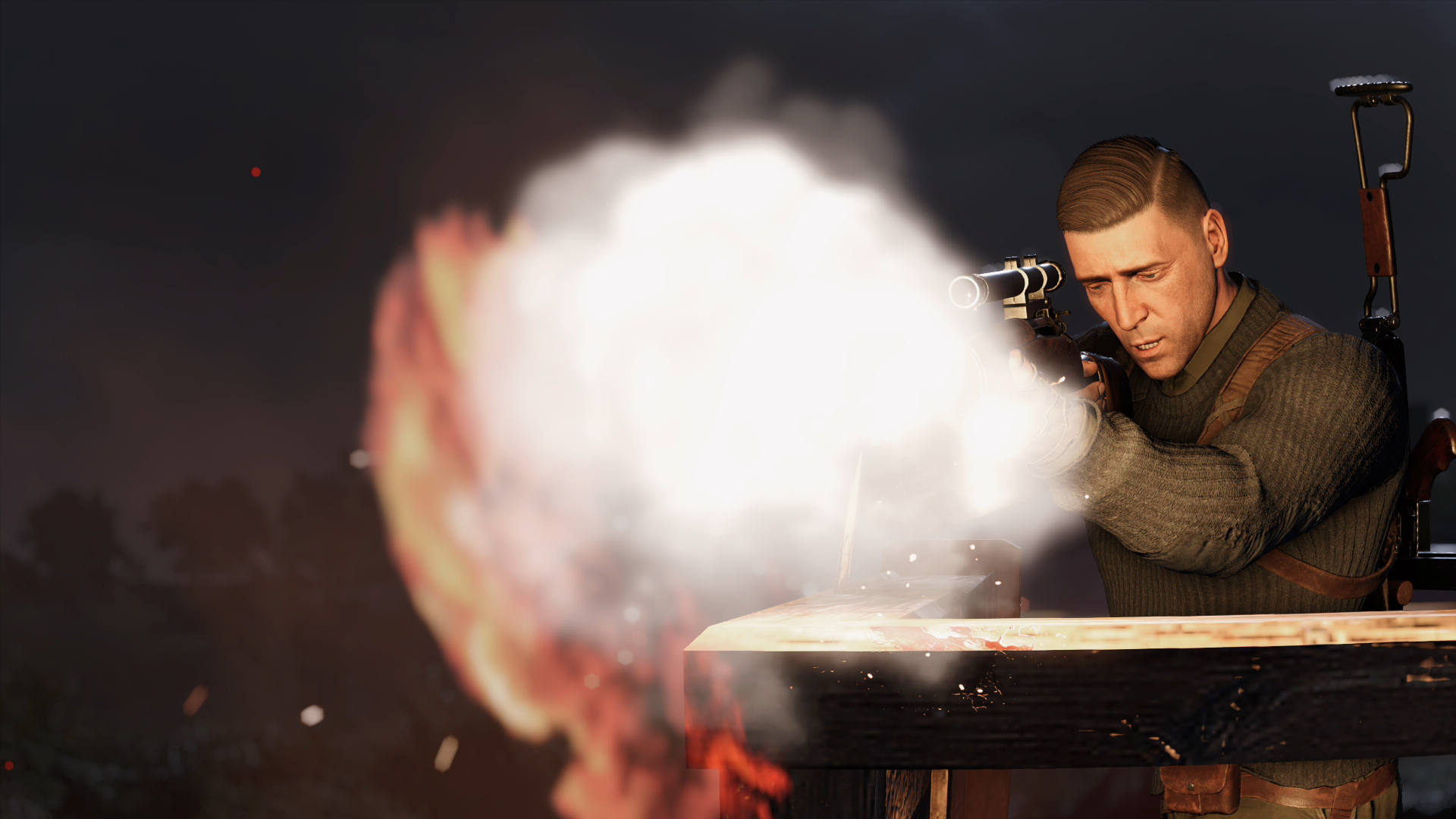 Each mission has a number of collectibles, side objectives, and optional kill list tasks that incentivize the player to explore each sandbox level. If you’re playing on the lowest difficulty, Civilian, it’s easy to rush through a level in just 20-30 minutes if you’re only going for the main objective. On much higher difficulties and tracking down all of the collectibles and whatnot, expect levels to take upwards of an hour or two if you’re playing through like a ghost and trying not to leave a trace. Sniper Elite 5 gives the player enough agency to freely explore how they wish. Of course, making too much noise might raise an alarm and unleash a seemingly endless number of Germans that are eager to take out The Shadow.

It won’t just be German AI that are out for blood in Sniper Elite 5, either. New to this release is Axis Invasion, a new game mode that allows other players to invade campaign missions with the goal of killing the other human player and their co-op companion if they have one. Truth be told, I spent far more time in this mode than even playing through the campaign because of the sheer thrill of going for that one perfect shot and allowing both sides to see the slow-motion kill as a body part of choice ruptures into a shower of gore and bone. The Axis invader only has a small selection of the tools Karl has access to, half the number of guns (most of which have to be unlocked through human kills), and a locked toolset of items. 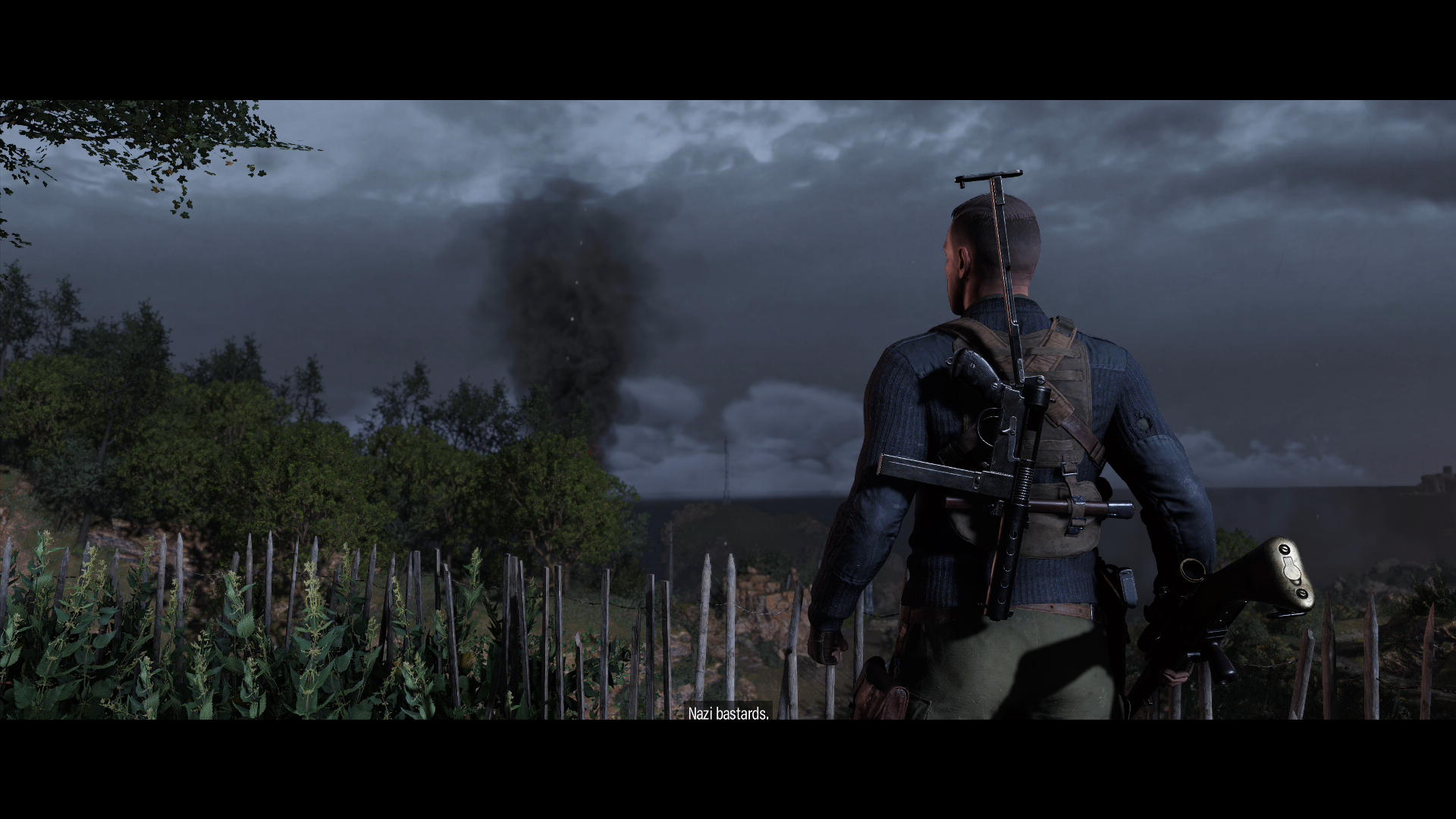 You won’t have access to the same traps and mines that a human player might during Axis Invasion in Sniper Elite 5 but you have something far more dangerous: intel. By having a glance at enemy soldiers through either your binoculars or sniper scope, the axis player can tag enemy soldiers and know at a glance if the human player has caused some commotion or otherwise alerted them. If you want more direct information,k you can dial up an informant at select phones throughout the level to get an approximate location of the other human player, but so can the other player. The downside to this is that each player can see the other’s location when that call is made making it a risky move but ultimately worth it to narrow down the other player’s location from the hundreds of meters across each map. If you’re feeling especially wily, you can even booby trap the phones with a grenade to go off if the other player tries to use it.

Not every game needs a Dark Souls-style invasion system, no, but a stealth game like Sniper Elite 5 feels absolutely rejuvenating to play compared to the past four titles just because of this simple addition. My little German Kriegsmarine with his RSC 1918 has become a scourge on the battlefield and I’m eager to stick with this single-mode for my stealth fix rather than cleaning up any missing collectibles and replaying the campaign all the way through on Authentic difficulty. 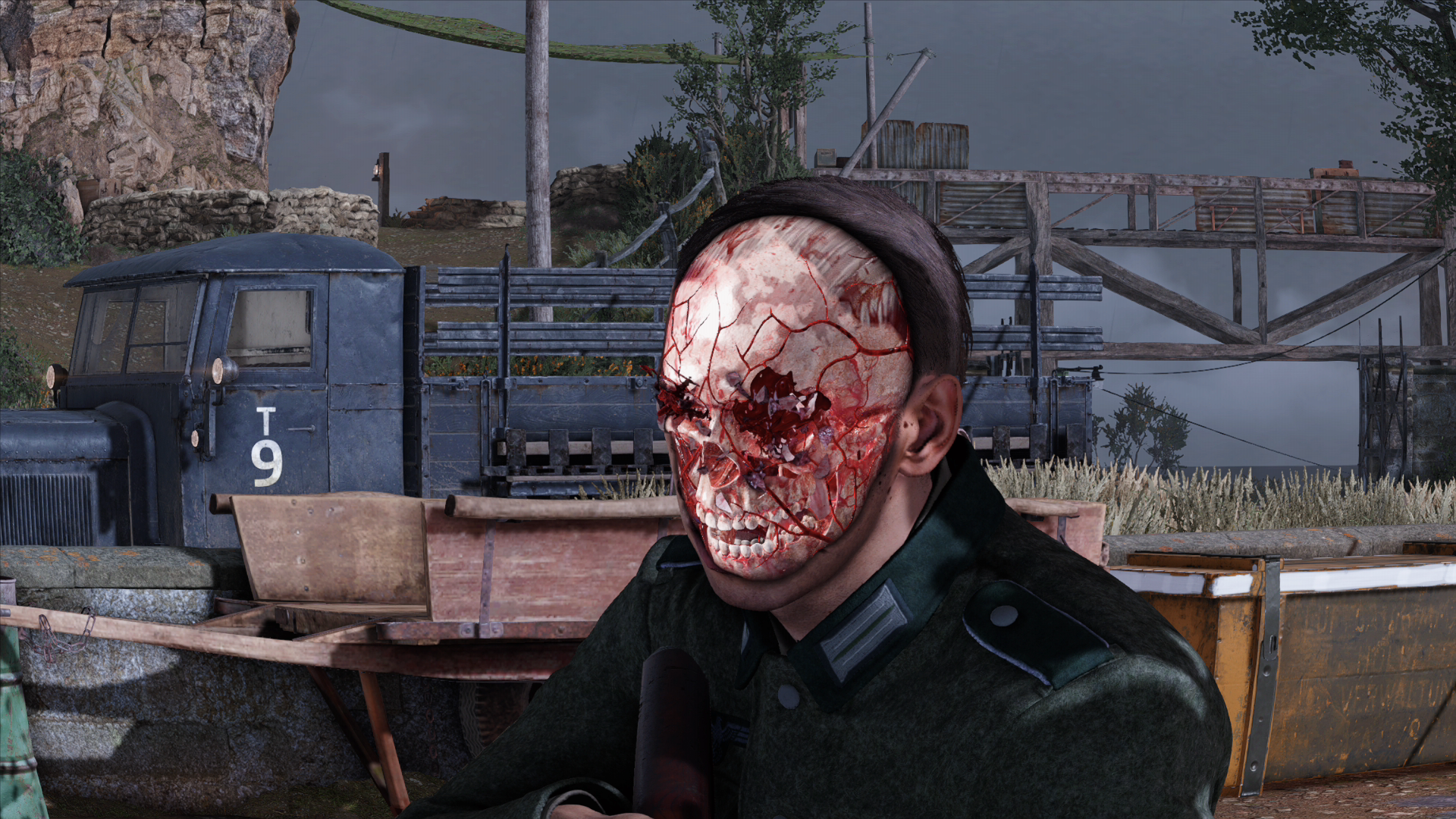 In addition to Axis Invasion, Sniper Elite 5 also features your bog-standard multiplayer modes, mostly riffs on team deathmatch. Aiming for 50 kills for your team is a bit of a slow burn for this style of shooter and it isn’t uncommon for matches to reach for the 15-to-20 minute mark before either side is victorious. Unfortunately, if you want to unlock new weapons and perks for the multiplayer side, expect to invest hours into these modes to unlock the same spread of unlockables you separately unlocked in the Campaign and Axis Invasion.

Sniper Elite 5 is very much an iterative sequel that builds upon what players already enjoy about the series without focusing too much on the innovation. That being said, x-ray vision headshots and invading players who just want to have a good time are both well worth the price of admission for a sniper tour of France.

Reviewed on PS5 (code provided by the publisher).