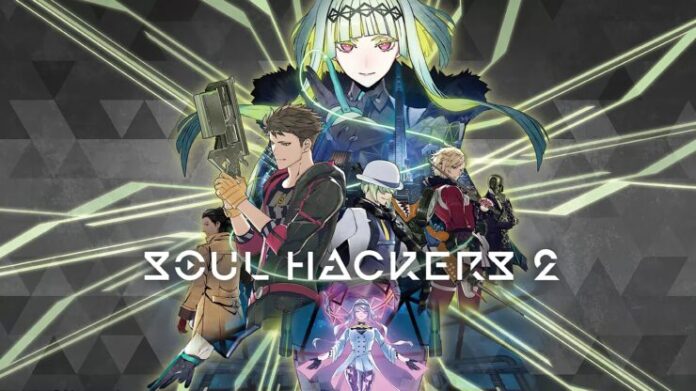 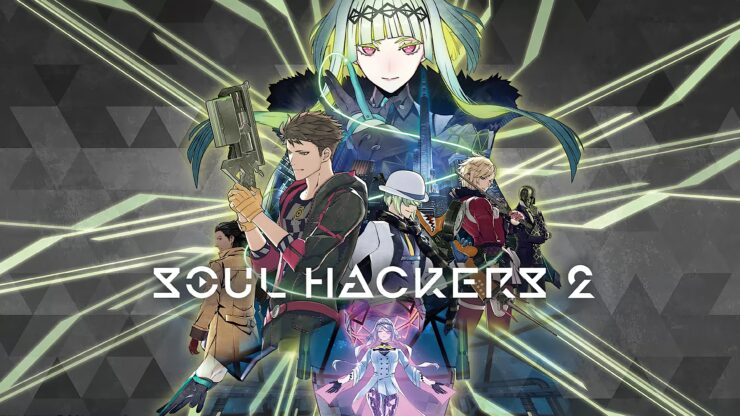 If there’s one thing that keeps the Shin Megami Tensei going, it’s coming up with creative ways that the world will end. Some titles see the beginning of the apocalypse while others narrowly avoid the irrevocable transformation of the world. Atlus’ latest JRPG builds off the original namesake solely in name alone to create Soul Hackers 2, a new JRPG fix that might be perfect for one that’s never touched the series before.

Soul Hackers 2 opens with an artificial intelligence named Aion creating two agents, Ringo and Figue, to identify and divert the world's end. Players themselves step into the role of Ringo while Figue is delegated to window dressing and the obligatory Navigator character (something that feels wasted when there are no random encounters). With the death of certain key characters will come the end of the world; thus, Ringo and Figue are summoned to keep that from happening. Just moments into the story, Ringo has already failed in her mission to keep her target alive, forcing her to undergo Soul Hacking to quite literally bring a character back to life that’s just been shot in the head. As for the physical trauma of a gunshot wound, that’s never truly explored again in the entire story once the target is hacked and brought back to life.

The crux to Ringo’s driving motivation in Soul Hackers 2 comes from Covenants, ephemeral wormlike creatures that, once acquired, bury themselves in their host’s body and empower them in various ways. While only five are in existence, those possessing one can detect others with the same gift, which is crucial to plot development midway through. If all five are gathered by a single soul, the power these combined covenants offer is comparable to a single wish granted by their god of choice. To keep the player up to date as these covenants bounce between host bodies like a hot potato, the various loading screens will inform the player of where those covenants currently reside for the time being. As key players die or story moments transgress, that roster is everchanging all the way up to the final encounter of the story.

Soul Hackers 2 doesn’t have much of a story to tell in the forty to sixty hours a player will have to invest to see it all the way through. For a series as deeply rooted in the apocalyptic and catastrophic ends of the world, Soul Hackers 2 comes across as more of a tropical depression. The war between the Phantom Society and Yatagarasu only comes across as a schoolyard scrap rather than dueling ideologies of assassins. Few moments of the story really stand out and even the great reveal that comes towards the end of the story’s second act is spoiled in passing by NPCs chatting away in town. The third and final act of Soul Hackers 2 feels foreshadowed yet abrupt, leading all the way up to the final encounter, which arrives with little motivation behind it. If there’s one major complaint to bring up about the Soul Hackers 2 story, it’s that the stakes never really feel like they’re matching what other Shin Megami Tensei titles have accomplished when faced with the end of the world.

Truth be told, calling this particular Shin Megami Tensei entry Soul Hackers 2 feels like a disservice to the original title. Beyond bright cyberpunk levels in the Soul Matrix and the premise of hacking/rewriting souls (which is hastily abandoned once Ringo puts together her complete battle party less than five hours into the campaign), there’s little hacking of the souls to be done here. Gone is the aesthetic of Snow Crash and corporate espionage that the original title is known for. Rather, Soul Hackers 2 merely relies on pattern recognition to feel immediately recognizable to anyone that’s tapped into a Shin Megami Tensei title without coming up with any one thing that makes this title a definitive follow-up to the Sega Saturn’s Soul Hackers. The COMP that functioned as microcomputers and swiss army knife devices are merely downgraded to combat weaponry in the sequel, especially as Ringo’s soul hacking of the party essentially gives her the sole authority to summon demons for the group.

When not advancing the story, Ringo will typically have to venture into the Soul Matrix, a series of massively sprawling dungeons of each of her three companions. Delving into the dungeons of each of Ringo’s three companions is important from both lore and practical standpoint. As Ringo builds up affection, or Soul Levels, with her compatriots, breaking past certain dungeon gates will show off a brief cutscene of the past, perhaps showing a character’s motivation for why they joined up with Ringo or a life goal once the great evil is defeated. From a mechanical standpoint, breaking past specific gates in the Soul Matrix requires that affection level to be sufficiently high but rewards the player by unlocking unique passive or active skills that can make a huge difference in exploring. Deal just enough damage to get an enemy down to critical status but not enough to finish it off? Spending enough time with Milady can reward the player with the Mercy Skill ability to finish the job.

With only a handful of dungeon styles to explore, Soul Hackers 2 repeats the corridors and labyrinthian landscapes ad nauseam. If abandoned shipping yards and railways are your thing, you’d be pleased to know that half of the dungeons that Ringo’s entourage will explore all take part in these similarly-designed locales. Only a few other locations, such as the Soul matrix and the tall office building towers, make up the remainder. Even the final dungeon, which is a tower in all but name, actually offers some varying landscapes with distinct biomes that truly have nothing to do with the tower’s namesake. Boring, repetitive dungeon design is, unfortunately, a constant affair to Soul Hackers 2 and there were no moments that stood out as uniquely creative or challenging, save for a plethora of one-way portals that appear on the final floors of the Soul Matrix. Even the puzzle design is as shallow as searching for a demon recon that’s holding a specific key and then finding what door it opens.

Combat is important in any Shin Megami Tensei game, with each title bringing its own spin on the tried and true turn-based combat (unless you’re the likes of Raidou Kuzunoha). While the battle screenshots might appear that Soul Hackers 2 may have something similar to the Press Turn system, that’s very much not the case here. Instead, it’s about as simple of a system as Atlus has developed for a Shin Megami Tensei spinoff and works in this title’s favor. Players and enemies take their full amount of turns together as a group. Perhaps the only time you’ll see a character taking more than a single action during the player’s turn is when Ringo triggers a passive skill to give her a second action for the round, something that’s perfect for charging up Concentrate on one turn and following it up with the strongest magic attack she has on the second. Expect to see just about every story boss having access to something similar to SMT3’s Beast Eye to grant themselves additional actions.

Accidentally casting ice magic on a Jack Frost that may otherwise resist or nullify the damage won’t eliminate any player actions for the turn. Instead, the only effect at play is when attacks that the enemy is weak to deal damage. This adds a demon into the Stack, which only exists for that round of player actions. The higher the stack, the more damage is dealt at the complete end of Ringo’s set of actions. Certain summoner skills can increase the number of Stack generated, and even certain demons can learn abilities to act when they’re brought into the Stack. As demons are drawn into the Stack, they’re brought out from Ringo’s pool of equipped or standby demons. When it comes time to clear the stack, each and every demon summoned into the Stack works together to deliver a massive attack called Sabbath. Occasionally, Ringo will learn new skills for her demons that allow that specific demon to activate a unique skill, including additional money earned or a slight HP/MP drain when they hit. Towards the end of Soul Hackers 2, it isn’t uncommon to routinely achieve a Stack around six or eight demons, especially as continuing to unlock summoner skills unlocks higher multipliers towards the Stack.

So much of the Shin Megami Tensei experience and hardcore nature is simplified when it comes to Ringo’s turn to play the protagonist of an SMT story. Demon recruitment is dumbed down to merely bumping into a demon on the dungeon floor and completing just a single request to gain their trust. At the beginning of each dungeon floor, Ringo sends out her demons to scout out the area, essentially functioning as points of interest for treasure chests or the odd demon recruitment. Similarly, gear selection is limited to upgrading the character’s COMP and equipping between one to three accessories (as new skills are unlocked on the COMP).

If it sounds like I’ve been overly harsh on Soul Hackers 2, it’s because I was so eager to see this follow-up to one of Shin Megami Tensei’s most promising spinoffs, only to be left with a neon mess of half-hearted ambition and a low stakes narrative. What might save this apple from being rotten all the way through is onboarding and simplified user experience that might prove to be one of the most streamlined and accessible Shin Megami Tensei titles for newcomers to experience, as long as they can ignore the sequel in the title.

Reviewed on PS4 (code provided by the publisher).