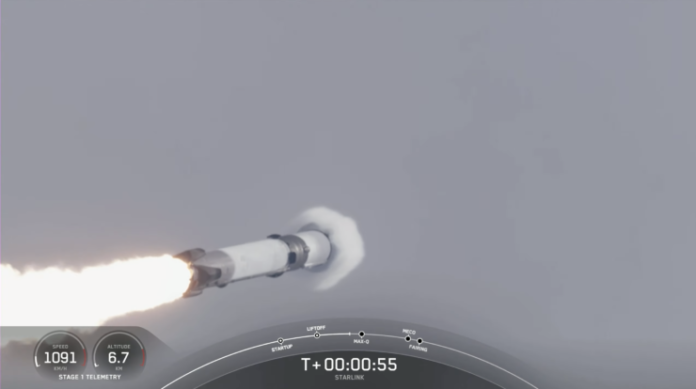 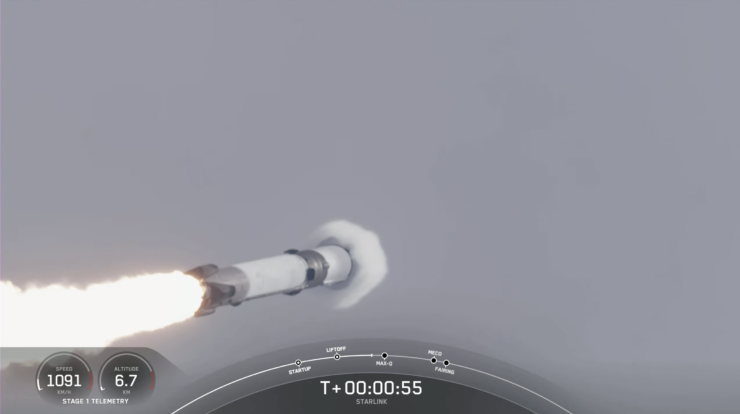 A Space Exploration Technologies Corporation (SpaceX) rocket provided breathtaking visuals as it soared through the sky to deliver the company's latest batch of Starlink satellites to low Earth orbit (LEO). SpaceX launched the spacecraft in the morning yesterday Eastern time from the Space Force's Cape Canaveral launch base, and the company continued its strong streak of reusing rocket boosters. Visuals of the rocket launch captured by SpaceX's cameras showed a vapor cone forming around the rocket's first stage as it jetted through the sky to build the company's internet satellite constellation that will be populated by tens of thousands of satellites upon completion.

A key takeaway from yesterday's launch was that SpaceX reused its booster for a remarkable 13th time to launch the Starink satellites. This gives the rocket the unique distinction of having completed the highest number of flights in human history, a feat that no other company or organization is even close to reproducing. Additionally, the launch of the Starlink satellites marked SpaceX's 31st mission for the year, which in turn let the company match its aggressive launch cadence of 2021, where it had launched 31 rockets over the course of the full year.

However, the highlight of the launch was a rare vapor cone completely covering the Falcon 9's fairing as it raced to the sky. A vapor cone forms when a high speed vehicle cuts through the dense and humid air. This causes the water particles in the air to squeeze together as the air itself acts against the vehicle (in this a rocket) opposing the direction of its momentum. While it is commonly believed that vapor cones only occur at supersonic speeds, they also occur at transonic speeds since the density of the air and the shape of the vehicle are the key determining factors.

In the case of Falcon 9, the vapor cone started to form as the rocket was traveling slightly faster than 1,000 kilometers per hour(km/h). This is lower than the speed of sound, but within seconds the rocket had crossed the sound barrier. During this time period, the vapor cone engulfed the rocket's payload fairing, and then moments later it disappeared as the Falcon 9 reached an altitude of 8.6 kilometers above the Earth's surface. The Falcon 9's second stage is roughly 73 feet tall.

Later on, the rocket's first stage successfully separated from the upper stage and footage from SpaceX's drone ship saw some water drops gather on the lens. However, what was clear was that SpaceX was using Starlink itself to broadcast live from the recovery ship since the quality of the footage was crystal clear as opposed to the low quality video that was the norm in previous broadcasts.

The company has confirmed that it uses its own satellite internet service for broadcasting its rocket landings, and a comparative case study confirms the striking difference in quality.

Starlink launches have become crucial for SpaceX as it continues to add more customers for the internet service. Several users have started to report drops in speeds and performance and SpaceX has repeatedly assured them their service levels will improve once more satellites are activated. The company is also developing its Starship next generation rocket in Boca Chica, Texas through which it will be able to launch more satellites through a single launch and rapidly build its constellation.