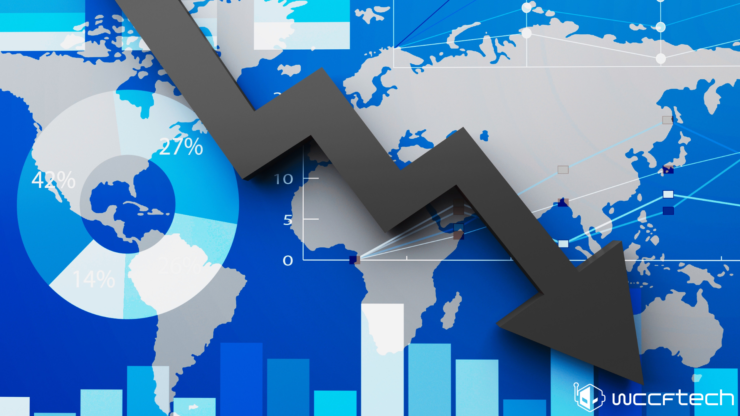 Due to lack of sales, Acer, ASUS, and MSI are reported as having increasingly large inventories of computer components, such as GPUs, cooling units, and more. The China Times reports that this sedentary behavior is causing retailers to be unable to sell their products fast enough for manufacturers to release some of their inventory. Now, we are seeing manufacturers of PCs and mobile computer systems run into a similar issue.

The China Times reports that ASUS and Quanta are two of the most affected companies by high inventory quantities. ASUS is currently sitting on over $6.8 billion of inventory that the company cannot send out of its factories. ASUS is looking at a sixty percent increase in inventory compared to last year's inventory levels. At the same time, Quanta has $8.4 billion of stock, which equals nearly a fifty-five percent increase over last year.

In the China Times report, analyst Dan Nystedt offered insider information about ASUS's inventory issues and how the company is currently viewing the situation. Nystedt confirmed that nearly fifty percent of ASUS's inventory is components and ICs, while the other half is finished products.

If ASUS cannot sell a fair amount of components and products in the next few quarters, the products will be considered expired and decrease in value. ASUS assesses that the company can use about eighty to ninety percent of its inventory ICs and components to be reworked into future PCs and products.

With many companies having to utilize a more aggressive clearing of stock from the factories to retailers, it does bode well for consumers looking for massive deals on components and computers that they would not typically find on average.

The China Times reveals that most computer brands will "aggressively push finished products to the channel through discounts and promotions." In turn, manufacturers will decrease profits to assist retailers and warehouses in furthering clear inventories and significantly affect quarterly sales.

During the last several years, we have seen the availability of components disappear while prices skyrocketed on black market sales of components. Now that parts and systems are more readily available, companies are struggling to see profits as we grow near the end of the current quarter. Most notably, the pandemic, war in Ukraine, and crypto crash are having the most considerable impact on inventories and profits as the fear of a recession is on the horizon.