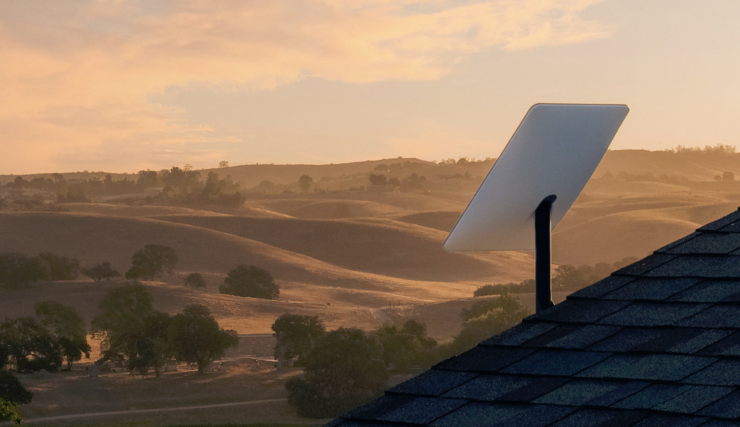 In a fresh letter filed with the Federal Communications Commission (FCC) earlier today, Space Exploration Technologies Corporation (SpaceX) has stated that claims made by its rivals to use the 12GHz spectrum band are against fair competition. SpaceX and other satellite companies are currently battling it out with DISH Network and RS Access, LLC over rights to use the 12GHz spectrum. The current rules allow both satellite and other companies to use the spectrum as long as they do not significantly affect each other's services, but the Commission has asked for comments on whether to change the rules and allow more spectrum usage for terrestrial services using fifth-generation (5G) connectivity.

SpaceX's Starlink internet service uses the same spectrum to beam down data to its user terminals, and in its letter, the company has called out efforts by rivals to create new rules that would be anticompetitive not only for Starlink but also for other satellite services.

The filing, made by SpaceX's director of satellite policy Mr. David Goldman takes a passionate approach to the entire debate - an approach that has been common for the executive's submissions to the FCC for this debate and others over the course of the past several years.

In it, Mr. Goldman states that as opposed to simply being a "bug" in the FCC rules, the harm that Starlink and other satellite services would face if terrestrial 5G is opened up for 12GHz is instead an attempt at stifling competition. He quotes a recent submission made by RKF Engineering, which came in the form of a report commissioned by RS Access. RS Access is a multi-channel video data distribution (MVDDS) service provider, and the study admits that wherever these terrestrial 5G base stations are placed close to the Starlink terminals, the latter "typically suffered an exceedance".

Going further, the executive shares that it is not only Starlink that will face interference and service degradation due to terrestrial 5G using the 12GHz band, but that other satellite services such as OneWeb and DIRECT TV will also be affected.

He then points out inconsistencies in the RKF study and states that it makes several "unrealistic" and "misleading" assumptions. These, according to Mr. Goldman, assume that nearly half of the satellite terminals are placed at ground level, terrestrial 5G will cover only ten percent of the population, operate only in urban areas and operate at a low power level.

However, the facts on the ground oppose these assumptions according to SpaceX, with its policy chief outlining that his company's data shows that the bulk of terminals is placed on rooftops, the FCC requires at least 70% coverage, terrestrial 5G will also target rural areas and that the power levels used in the RKF study are in reality one-tenth of the levels allowed by the FCC for similar systems.

Quoting the MVDDS licensees intent to provide 5G services in rural areas, Mr. Goldman states that this intent is in fact an admission to directly compete with the satellite companies - and as an extension, the proposed 5G-based rule changes to the 12GHz band are aimed at degrading satellite services to leave the playing field open for their terrestrial competitors.

In other words, the MVDSS licensees fully intend to provide service in the same geographic footprint as satellite services, knowing full well that doing so would result in interference that would essentially eliminate their competition.

The filing is the latest in a string of submissions made to the FCC, most of which come from Starlink users sharing the benefits that satellite internet has provided. For their part, DISH and RS Access accuse SpaceX of flawed reasoning, taking their studies out of context and ignoring the effect of second-generation Starlink satellites on DISH's systems.