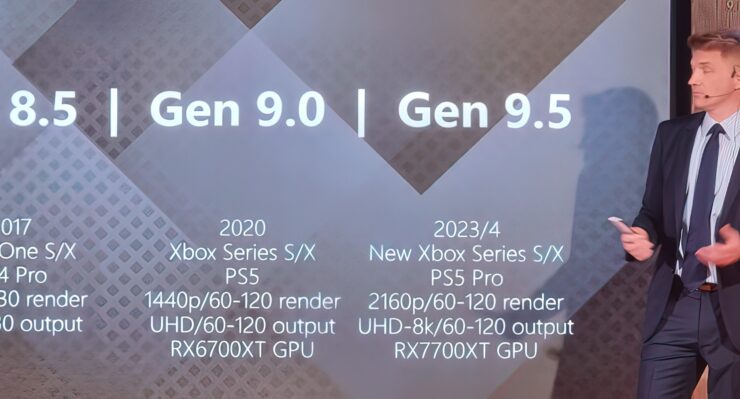 In a presentation by TCL, the company seems to have leaked out several next-gen products including AMD's Radeon RX 7700 XT graphics card, Sony PlayStation 5 Pro & Xbox Series S/X consoles, all of which will be 8K capable, according to the TV manufacturer.

TCL recently held a press conference in Poland where it revealed its expectations of upcoming gaming hardware that will push us in the Gen 9.5 or 8K era. Now surprisingly, TCL didn't hesitate and mentioned several unannounced hardware during the presentation from AMD, Microsoft & Sony. 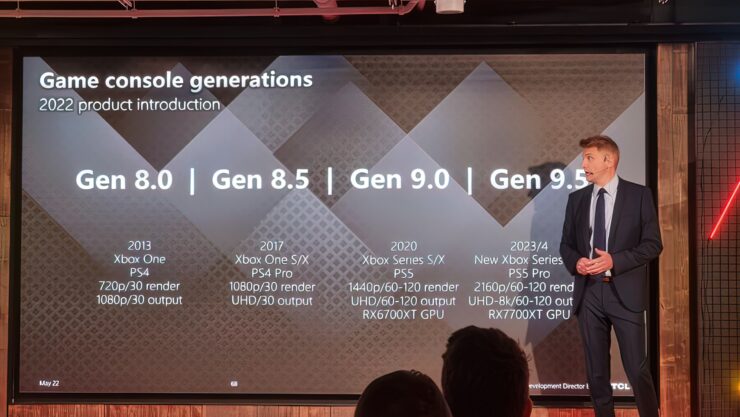 The products include the likes of AMD's Radeon RX 7700 XT graphics card, the Sony PlayStation 5 console, and also the New Xbox Series S/X update. The manufacturer stated that they expect the release of these products around 2023-2024 and will be capable of UHD 8K 60Hz-120Hz output.

Now whether these are TCL expectations or something that they internally know remains unknown but specifically mentioning AMD's graphics card seems to make us believe the TCL has a hint or two of what's coming next. The AMD Radeon RX 7700 XT graphics card has not been announced yet by AMD nor AMD has shared any details but we know from leaks that it will be the first of the many RDNA 3 GPUs based on the Navi 33 graphics chip that will be coming to the market. The GPU will feature a monolithic design, unlike the chiplet design that the top Navi 31 and Navi 32 GPUs utilize. 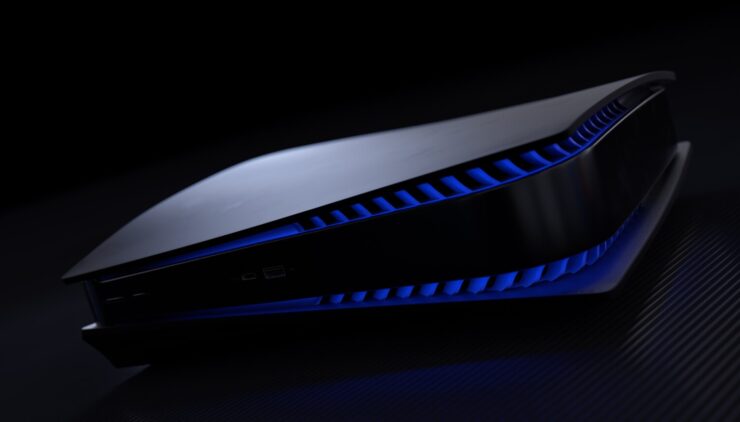 As for the two consoles, there have been rumors about an 8K-capable Sony PlayStation 5 Pro and a refresh of the existing Microsoft Xbox Series X and Xbox Series S consoles a while back. These are not truly next-generation consoles but a spec update for existing ones similar to the mid-cycle & console refresh that we saw for the PlayStation 4 (PRO) and Xbox One (X). A 2023-2024 timeframe is believable but once again, we can't assure that if these will be the product names they would go by. Expect modern features such as AMD FSR 2.0 and other upscaling techniques to help gamers get to 8K resolution.

Now as stated earlier, this could all well be a expectation from TCL and nothing concrete but it will definitely be nice to see some 8K hardware and proper one coming to gamers by 2023-2024.