Tesla is Not Your Average Canary in the Coal Mine: Morgan Stanley Is Paying Close Attention to Elon Musk’s “Downgrade” of the US Economy 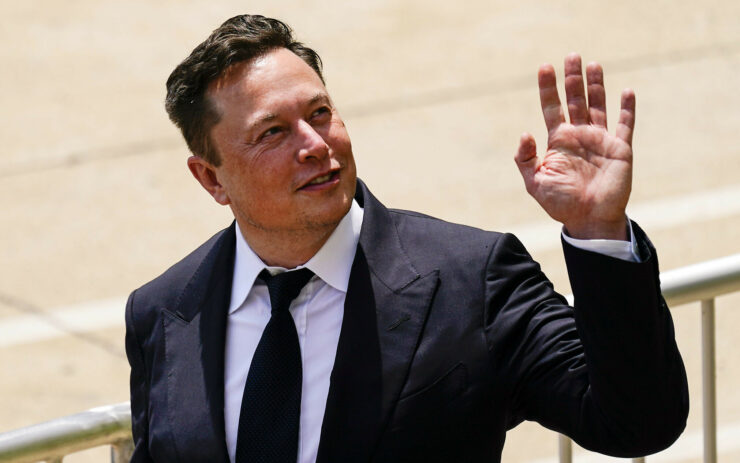 The CEO of Tesla, Elon Musk, has again rocked the financial world as his uncharacteristically bearish view about the health of the US and the global economy has become the talk of the town.

To wit, Reuters reported earlier today that Musk wrote in a recent internal email that he has a "super bad feeling" about the economy and that Tesla would need to cut at least 10 percent of its non-core global workforce. Concurrently, the world's biggest EV manufacturer has also paused all hirings for the time being.

This bearish theme has been picked up by the Tesla permabull, Morgan Stanley's Adam Jonas. In a fresh investment note, Jonas noted:

"Tesla's not your average canary in the coal mine. It's more like a whale in the lithium mine."

Elaborating on this theme, the Morgan Stanley analyst wrote:

"Musk has a uniquely informed insight into the global economy. We believe that a msg [sic] from him would carry high credibility."

While citing the fact that Tesla is the world's "most vertically integrated car company," Jonas urged investors to reconsider their view around Tesla's margins and top-line growth.

Jonas further noted that Tesla's gross margins likely peaked in Q1 2022 and that the company now faces several headwinds, including disruptions at the Shanghai Gigafactory due to China's zero-COVID policy, rising input costs, and production ramp-up costs related to the Austin and Berlin factories.

Crucially, while the Morgan Stanley analyst believes that demand for Tesla EVs still exceeds supply, the need to control costs might remain the overarching factor in Tesla's near-term equation.

Bear in mind that the EV giant continues to insist that its annual deliveries will grow by 50 percent for the foreseeable future. However, Musk's latest moves might be an attempt to preempt any disappointment on this critical front. You can peruse a part of this note here: 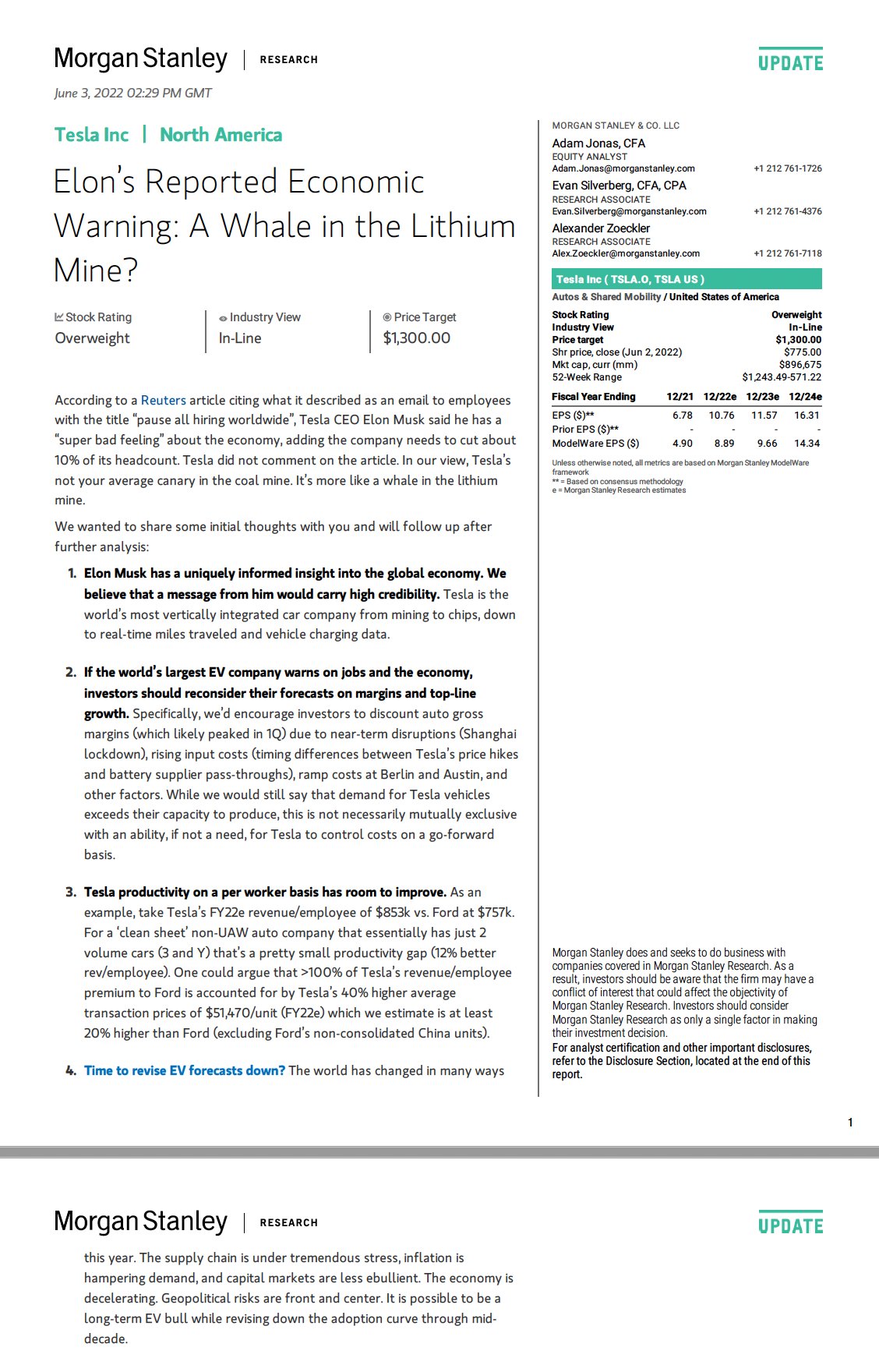 Tesla shares are down nearly 10 percent at the time of writing. Year to date, the stock is now down over 40 percent.

The post Tesla is Not Your Average Canary in the Coal Mine: Morgan Stanley Is Paying Close Attention to Elon Musk’s “Downgrade” of the US Economy by Rohail Saleem appeared first on Wccftech.