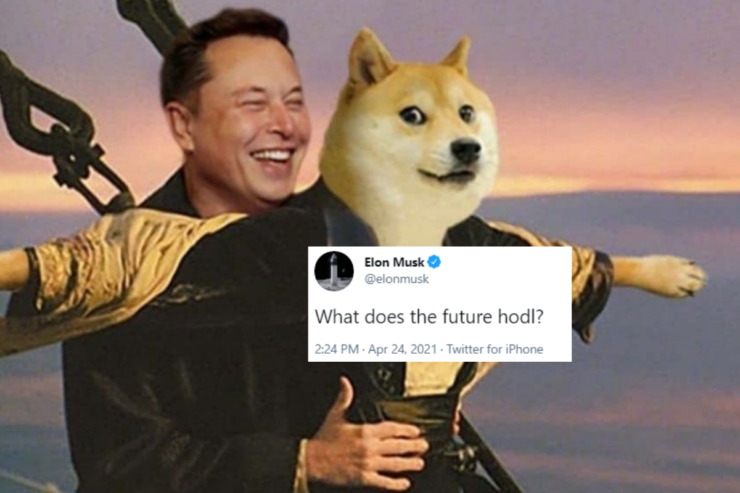 Disgruntled Dogecoin investors filed a lawsuit against Elon Musk back in June, demanding the entirety of the CEO of Tesla's net worth for allegedly running a "pyramid scheme." While the lawsuit already had only a slim chance of succeeding, Tesla's latest earnings report has further undermined the plaintiffs' position.

As we had noted yesterday while covering Tesla's earnings release, the EV giant sold around 75 percent of its Bitcoin stash in Q2 2022, netting $963 million in the process:

"As of the end of Q2, we have converted approximately 75% of our Bitcoin purchases into fiat currency. Conversions in Q2 added $936M of cash to our balance sheet."

While clarifying the impetus behind this sale, Elon Musk had identified the need for increased liquidity arising from the uncertainty around COVID-induced lockdowns in China.

$TSLA Musk: sale of bitcoin holdings was due to desire to increase overall liquidity due to uncertainty around China Covid shutdowns; Would consider buying more Bitcoin in the future and still hold all of our Dogecoin
(More at https://t.co/eUqcC2U7DD)

Critically, Elon Musk noted that Tesla might add to its existing Bitcoin position in the future and that the company still holds all of its Dogecoin stash.

The last part of the above-mentioned qualifier is of utmost importance vis-à-vis the multi-billion-dollar lawsuit against Elon Musk. Let's delve deeper.

The lawsuit alleges that Elon Musk ran a "pyramid scheme" in relation to Dogecoin, recruiting his sizable social media heft and the financial prowess of Tesla and SpaceX to aid him in this endeavor.

Bear in mind that over the past few months, Elon Musk has employed a variety of tactics to endorse Dogecoin, ranging from changing his Twitter profile picture to one that showcases a DOGE-related meme to tweeting DOGE-supporting policies such as Tesla's acceptance of the meme coin as a valid payment method for merchandise on its official website. Recently, Musk even exhorted McDonald's to start accepting Dogecoin, offering the inducement to consume a Happy Meal on live TV.

Most memorably, Dogecoin had formed a new all-time high in the runup to Elon Musk's Saturday Night Live appearance, only to tank thereafter when Musk termed the cryptocurrency a "hustle".

However, the legal bar to prove a pyramid scheme is much more stringent, often requiring promises of future returns as a consideration. Regardless of his underlying motive behind endorsing Dogecoin, Elon Musk has been savvy enough to never allude to future returns in any shape or form. In fact, Musk has gone out of his way to encourage investors to look at "physical" forms of investment:

As a general principle, for those looking for advice from this thread, it is generally better to own physical things like a home or stock in companies you think make good products, than dollars when inflation is high.

I still own & won’t sell my Bitcoin, Ethereum or Doge fwiw.

This brings us to the crux of the matter. A "pyramid scheme" depends on a very high turnover, with earlier investors exiting the enterprise by utilizing the liquidity provided by newer ones. Since Tesla continues to hold all of its Dogecoin stash, it would be very difficult for the litigants to legally prove malfeasance on the part of Elon Musk.

Elon Musk's tweet in May 2021 proclaimed that Tesla had diamond hands. While that is no longer true for Bitcoin, the claim still holds for Dogecoin.