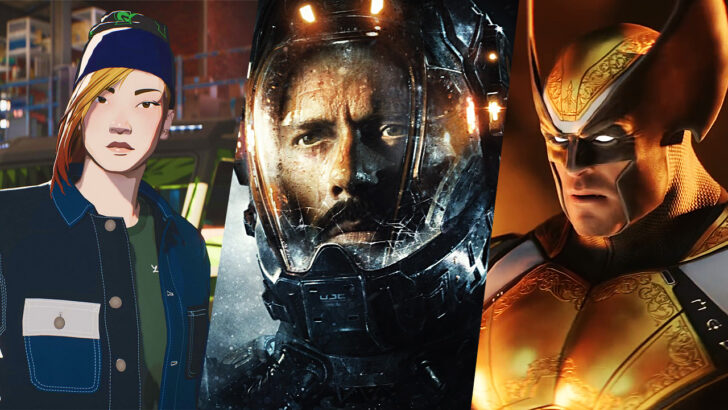 Keeping track of all the latest video games coming out is an increasingly complex task, what with multiple PC storefronts, Xbox One, PS4, Switch, mobile, and more to keep track of, but don’t worry, I’m here to help. Every month I'll be running down the games you need to be keeping an eye on, from the big triple-A headliners, to the intriguing indies you might otherwise overlook.

Often December is a bit of a throwaway month for video game releases, but that’s not really the case this year. A number of major games are still on the way next month, including The Callisto Protocol, Marvel’s Midnight Suns, and Need for Speed Unbound. Meanwhile, on the indie front, we have a premium version of the seminal roguelike Dwarf Fortress, Rick and Morty co-creator Justin Roiland’s latest slice of weirdness High on Life, and more.

Note: While I may have played demos or got early access to some of the games recommended in this article, in most cases I’m simply choosing games that look promising, and can’t vouch for the end product. Do wait for reviews before buying!

That said, here are the games you should be looking out for in December…

Coming from Dead Space co-creator Glen Schofield and his new studio Striking Distance, The Callisto Protocol looks to deliver another potent dose of sci-fi horror. This time around the twisted enemies are more disgusting than ever and the action and violence looks to be even more intense. Whether The Callisto Protocol ends up outdoing the Dead Space remake coming in January remains to be seen, but come on, is there really such a thing as too much slimy Alien-inspired horror? You can pre-order the game here.

The team behind the XCOM series at Firaxis trades in aliens for spandex with Marvel’s Midnight Suns. This may be a turn-based tactical strategy game, but it isn’t a straight XCOM clone, as it features a randomized card system and is more about using your powers effectively, rather than taking cover (superheroes don’t hide behind crates). There’s also a social aspect to the game, as players can hang out and get to know the likes of Wolverine, Blade, and Iron Man between battles. Wccftech has already posted a review of Midnight Suns, and it sounds like the game is well worth checking out if you’re a Marvel fan looking for something a little different. You can pre-order the game here.

After several so-so entries, Need for Speed returns with original series creators Criterion Games once again behind the wheel. Rather that focus strictly on realism with Need for Speed Unbound, Criterion has gone for a slick anime-inspired aesthetic for its new Chicago-inspired racing playground. The new art style has proven divisive, but if NFS Unbound is anything like past Criterion racers, you’ll be too busy burning up the city to notice. You can pre-order the game here.

It will likely be some time until the next core entry in the Dragon Quest series arrives, but in the meantime, the Switch-exclusive Dragon Quest Treasures is here to keep slime hunters busy. Dragon Quest Treasures will let you explore a large world and recruit monsters as in past entries in the series, but this time around, your main focus is on collecting treasure and building up your home base. Treasures may look fairly simple, but this franchise has had surprisingly good luck with spinoffs, so don’t overlook this game. You can pre-order the game here.

Since its release in the early 2000s, Dwarf Fortress has had an outsized impact on the rest of the industry, influencing Minecraft and countless other games that incorporate roguelike, crafting, and survival mechanics. Despite the game’s popularity and importance, Dwarf Fortress has remained free-to-play, with the game’s small dev team being supported by crowdfunding. Well, while the free version of Dwarf Fortress will still be supported, a paid version featuring slightly more detailed visuals (that is to say, no they’re longer made of text), mod support, and other features, is now coming to Steam. If you want to support the makers of Dwarf Fortress so they can keep working on their labor of love, this is now the best way to do it. Here’s the Steam page for Dwarf Fortress.

While there have been a number of games about managing space stations, Ixion looks to be one of the most complex takes on the concept yet. Ixion combines city-building strategy as you manage your large population, with survival elements, as you explore space and make sure the station doesn’t fall to pieces. Frankly, it all sounds a bit stressful, but I imagine would-be space explorers will enjoy the challenge. Here’s the Steam page for Ixion.

You know how Thomas the Tank Engine seems to be the first thing people mod into any new horror game? Trust me, it’s a thing. Well, Choo-Choo Charles essentially turns that phenomenon into a whole game. Hop aboard your trusty old engine, explore an open world, upgrade your abilities, then take on the evil train Charles in a steam-powered battle to the death. Two trains will enter, only one will be left choo-choo-ing. Here’s the Steam page for Choo-Choo Charles.

Rick and Morty co-creator Justin Roiland has released a number of titles through his company Squanch Games over the past few years, but High on Life looks to be his most fully-developed project yet. The game is a Metroid-Prime-style FPS in which all your guns are alive and quip at you Rick-and-Morty-style in the voices of various famous comedians, including JB Smoove, Tim Robinson, and, of course, Roiland himself. Let’s be real, High on Life could be genius or it could be very, very annoying and your own subjective tastes may determine which it is for you. That said, if you’re a big R&M fan, you probably can’t go too wrong. Here’s the Steam page for High on Life.

Looking for something to play before bed? Melatonin is a laid-back rhythm game, featuring a series of dream-inspired levels that each play in a unique way. With its simple, easygoing rhythm gameplay and cool, calming visual style, Melatonin may be just the thing to wind down with before you hit that pillow at night. Here’s the Steam page for Melatonin.

And those are the games you should be keeping an eye on this coming month. What games are you planning to pick up in December? Did I miss anything you’re looking forward to?

The post The Callisto Protocol, Need for Speed Unbound and More Exciting Games Coming in December by Nathan Birch appeared first on Wccftech.