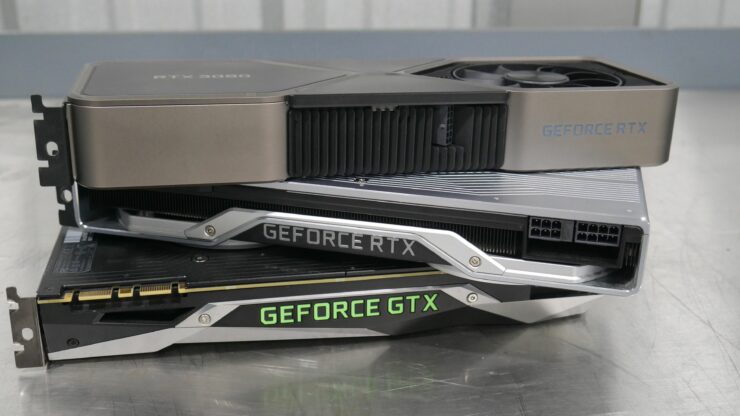 The recent crypto-mining GPU crash has prompted several Chinese miners to dismantle their entire systems and sell off large quantities of graphics cards during Livestream auctions.

Chinese GPU miners and Ecafes were amongst some of the large-scale purchasers of graphics cards from AMD and NVIDIA. These graphics cards were used to mine Ethereum which offered lucrative profits to these operations during the crypto-craze but ever since the decline of BTC & ETH in the crypto market, these miners are now forced to sell the same graphics cards at cheap rates.

Pictures from such Ecafes and crypto operations can be seen online in various Chinese forums such as Baidu. Users are posting pictures of hundreds of graphics cards, which were previously running crypto mining, now sitting on floors and desks, waiting for users to buy them off. With the ever-dropping prices of graphics cards, these miners are now forced to sell their GPUs on various online auction sites and some have even resorted to livestreams on popular social sites.

The other thing is that with such a huge flood of GPUs entering the market right now, it means that NVIDIA and AMD will have a hard time selling off cards based on their existing GPU lineup and would take time to get rid of their excess inventory. Now how this affects gamers is that while they will be able to get cheap and used graphics cards, for now, we will have to wait a bit till the next generation of GPUs.

With that said, the Ethereum 'Proof of Stake' is expected in the second half of this year which means that GPUs will no longer be useful for mining purposes. This means that miners have a few months left to profit off of their GPUs but with the ever-decreasing crypto rate, it looks like miners are giving up on GPU mining and selling their cards to get as much they can get off them. It won't be much since these cards were bought at 2x or 3x their MSRP during the crypto craze but miners have already reaped the profits from the whole situation.