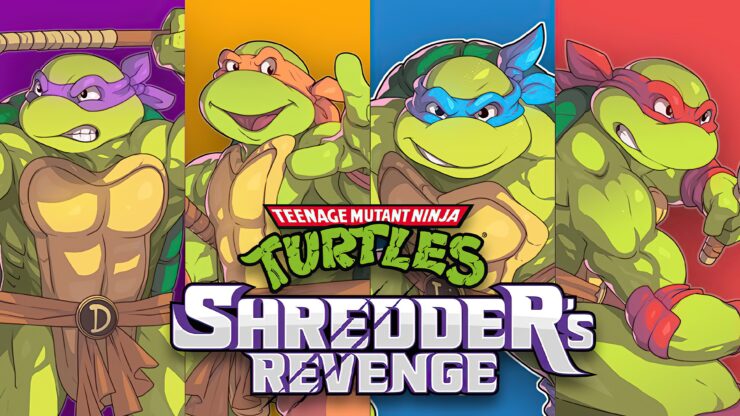 Folks, this is going to be one of those articles. I went into a netcode rant when reviewing Phantom Breaker: Omnia because its delay-based netcode was one of the main reasons I couldn't even play against other players. I don't have any attachment to the TMNT, either, since I was never interested in them and only played the arcade games back in the day. But the second I heard that TMNT: Shredder's Revenge would have rollback netcode, my gaze was fixed straight at it.

As more news regarding TMNT appeared, my interest continued to be piqued. I mean, I'm sure a lot of TMNT fans would've gushed at seeing Casey Jones becoming a playable character (which you have to unlock first in the full game), the fact that it uses the classic cartoon's voice cast, or even that it was going to pull an X-Men on us and become a 6-player fare. But the one aspect that mattered to me the most was the netcode.

Then something else made me go crazy for this game, and it was the return of hybrid co-op. You see, the Internet and the industry have always made it seem like when it comes to multiplayer, players would have to choose between couch co-op and online. But, really, I never understood why this was a thing. Players can complete their parties with a friend and all. I don't see why they wouldn't be able to play locally alongside other friends online.

Regardless, this is a game I was heavily interested in. When Dotemu and Tribute Games allowed us to review TMNT: Shredder's Revenge, I jumped on it as soon as possible. I had to find out whether this game's netcode would actually be good because if the pandemic taught us anything, it's that the netcode infrastructure is as important as the game itself, especially if it was a multiplayer element. 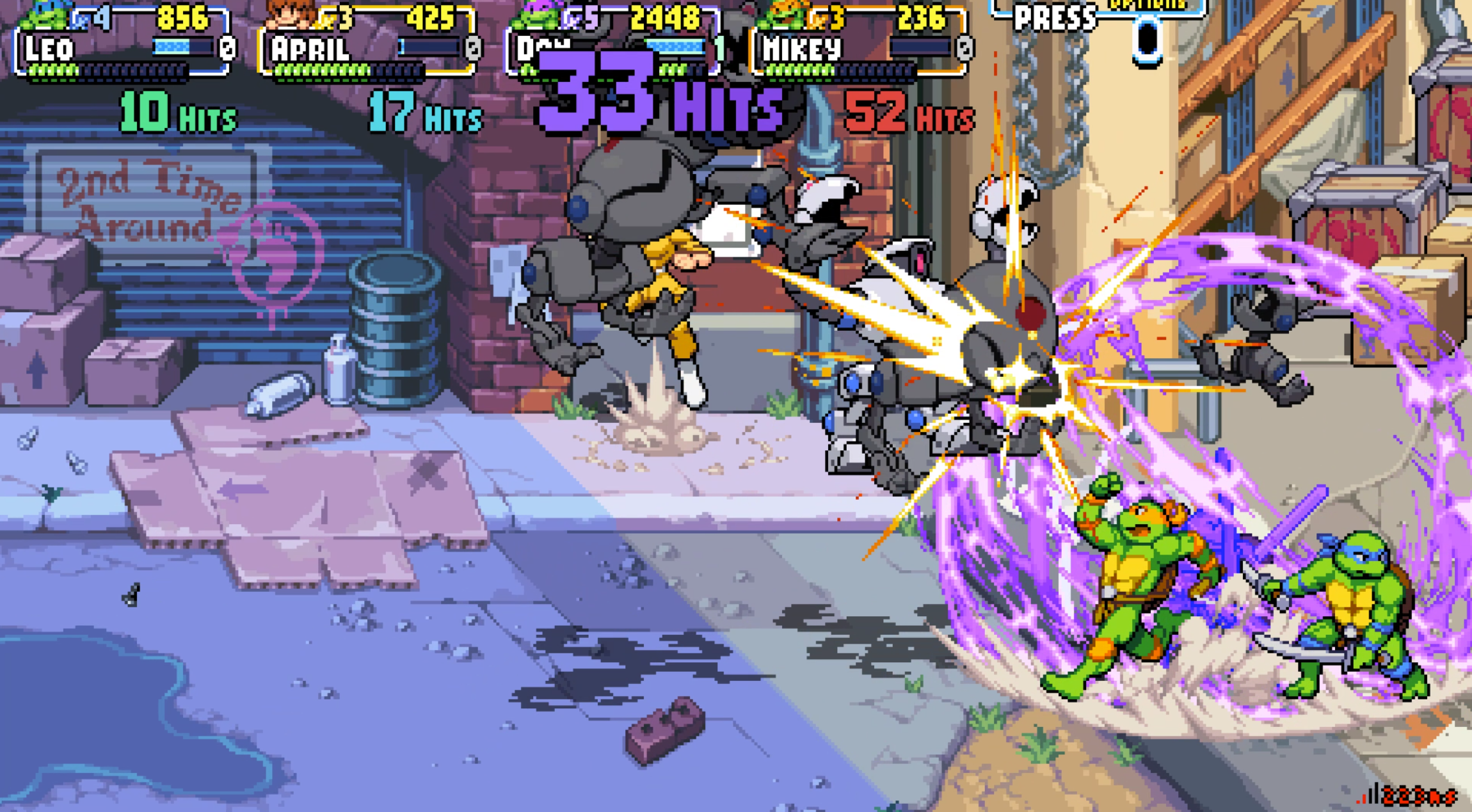 As you may imagine, the first thing I tried when playing TMNT: Shredder's Revenge was playing the game alongside one of my online friends in conjunction with one of my friends who happened to be around my house. The second I was able to see that the game had a very easy-to-use invite system and how seamlessly the game allowed me to have control over everything, I was downright hooked.

The cool thing about TMNT: Shredder's Revenge is that, at its core, it's a very accessible game to play. Sure, there are a lot of moves you have to take into account, and there's some finesse to it. But honestly, you can get away with just spamming the attack button and going ham on the enemies so long as you have some game sense attached to you.

Keep in mind, though, that the game can also be complex thanks to the implementation of juggling, combos, and special moves and inputs. While you certainly can get away with not using any of these mechanics, using them makes the game extremely varied, and it makes you look kinda rad as the game incentivizes high combo counts and tallies up your performance compared to your fellow heroes once you reach the victory screen.

The coolest thing is that TMNT: Shredder's revenge also encourages repeated playthroughs. Not just through the arcade mode, but how Story Mode implements challenges for you to complete. Some of the challenges are pretty fun to complete, like the ones relating to defeating enemies using traps. So, it's a great way to keep players coming back and beating some bad guys.

Unfortunately, some of these challenges become harder with the more players you bring in. Namely, those "Beat the stage without taking a hit" ones. It can be done, don't get me wrong. But when you have a 6-player beat-em-up, it's pretty easy to lose yourself in the chaos. There are certain factors that help it, like having thicker outlines for the characters so they can be distinguished from each other. But sometimes, you just won't be able to keep up with your character amidst the chaos while everything else is going on. 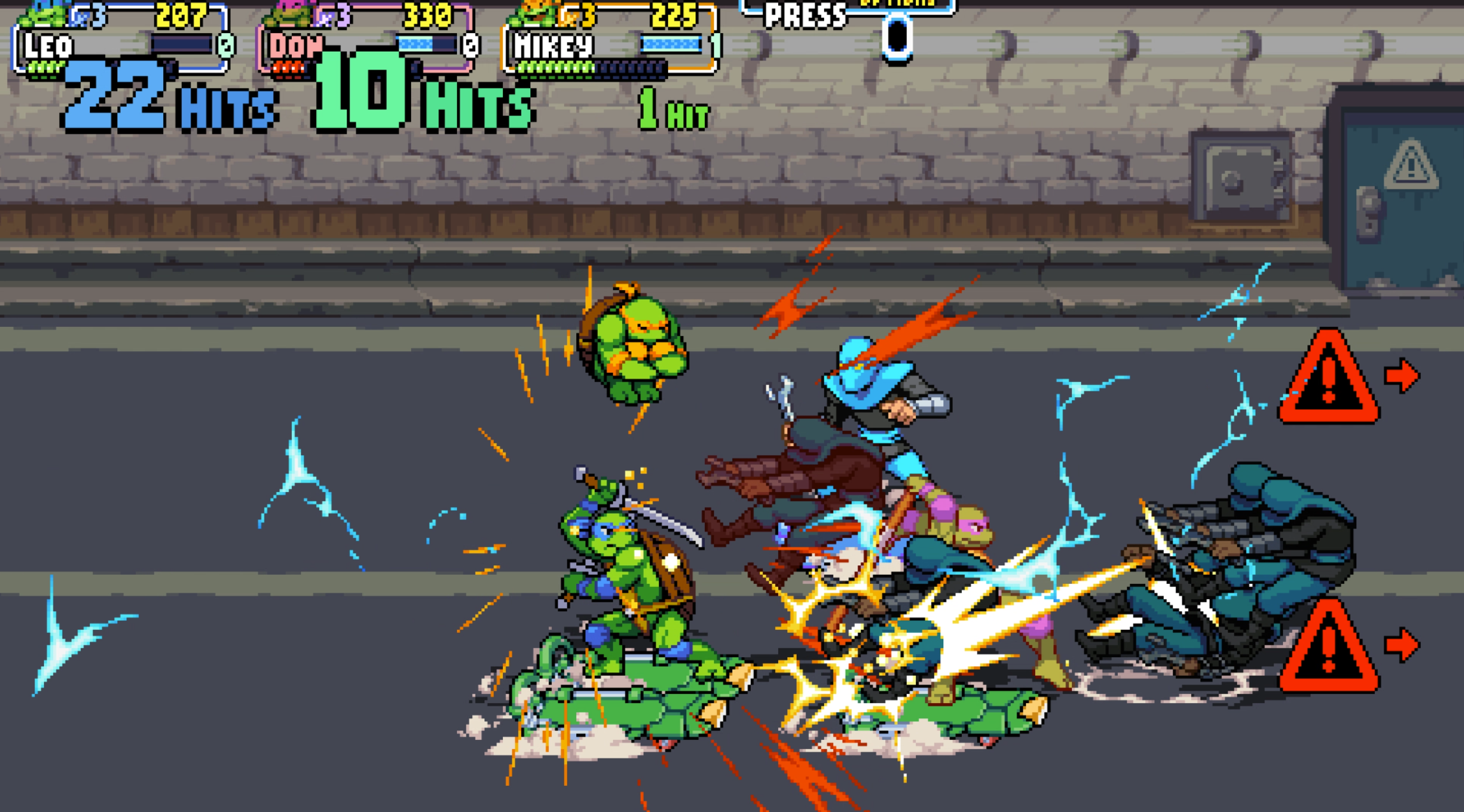 Now for the fun stuff. How's the multiplayer? It's fantastic with its rollback. I played with people from all over the world in a public session. I invited friends over and we had a blast kicking Foot soldiers. But, if you want me to go into specifics. One of my friends was located in the US, another one played from Germany, and the public lobby brought people from Japan and Indonesia while I was playing from Mexico.

Truly, this is the best implementation of rollback netcode I've seen in a long time. Every match we had was seamless; we all were able to play at the best of our abilities while having fun and sometimes getting knocked around. Most importantly, we had fun figuring out the game's ins and outs and learning how to use the tools we had at our disposal properly.

While this is the best implementation of rollback netcode I've seen so far, it doesn't come without its flaws. My party sometimes experienced desyncs at the beginning of a stage. This affected the guy from Germany I was playing with. These desyncs wouldn't even allow him to play the game until a hard reset. On some other occasions, I also had to see how some of my buddies would "teleport" from one place to the other due to the online lag.

However, these problems were very few and far between. People kept connecting to my public lobby (everyone's welcome!) and everyone could keep up easily, even at endgame. I didn't have any of these annoying issues that come with poor rollback implementation and my buddy who was over was amazed at the fact that you could get away with this much in TMNT: Shredder's Revenge. 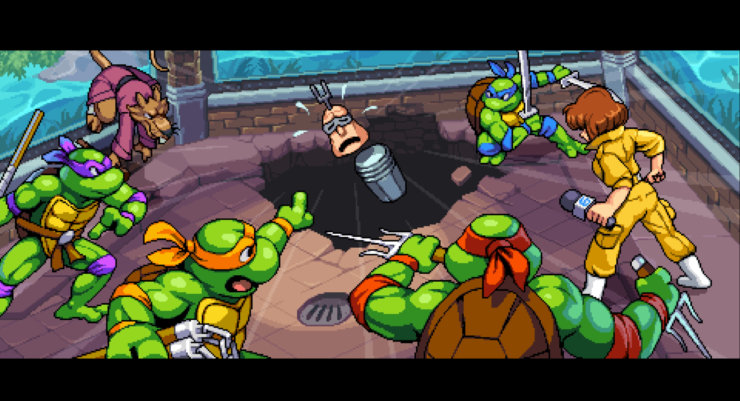 TMNT: Shredder's Revenge comes during an era in which the game industry is experiencing a renaissance with beat'em ups. I certainly welcome it as there are a lot more entries to beloved series of old that would've otherwise gone ignored in this day and age of grand adventures and vast worlds. Honestly, this game is a breath of fresh air when it comes to variety.

This game is extremely good at recreating the feeling of the arcade games while also improving them with many modern-day features like online play. The game will undoubtedly be one that I won't be playing alone, as I will be bringing at least one other buddy around to beat down on enemies while helping other friends along the way.

As said in the title, this is why online netcode is essential when designing a game with multiplayer features. How much fun you have in the game depends on how good your infrastructure is. I gave so much flack to Babylon's Fall, but at least the netcode was decent enough that I could watch as other players showed their loadouts off while slashing away at enemies.

TMNT: Shredder's Revenge is so good that it really makes me even more hopeful for the upcoming Metal Slug Tactics game. Dotemu has struck the right spot twice already, and I can't wait to see what else they offer. For now, if you have Game Pass, you are required to check Shredder's Revenge out and have a great time. Here's the obligatory Cowabunga send-off.