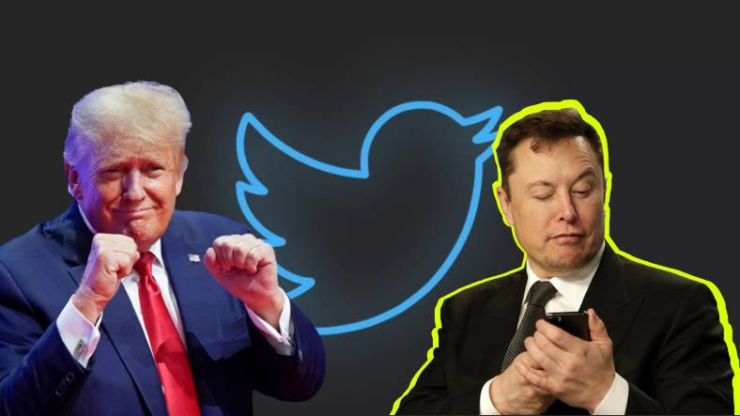 Digital World Acquisition Corp. (DWAC) (NASDAQ:DWAC) shares just recorded one of their best days of the year so far as Twitter seems to have fallen spectacularly out of favor, with the prediction of an $11 stock price target for the global town square growing ever more sonorous.

The most active chains were almost all bullish, like the $DWAC 40 C expiring 07/15 which was 82% bullish.

To wit, Digital Word Acquisition shares gained over 20 percent yesterday as Twitter shares entered a tailspin of sorts following Musk's abandonment of the takeover deal, giving rise to the specter of messy litigation ahead. In fact, the DWAC call with an exercise price of $40 and expiring on the 15th of July experienced a whopping 82 percent bullish volume yesterday as investors bank on a short-term rally.

Highlighting the doom loop that awaits Twitter now, a Rosenblatt analyst recently pegged an $11 stock price target for the social media giant in case the litigation avenue is unable to restore the deal.

With Trump taking pains to present his TRUTH Social app as a viable alternative to Twitter, it is hardly surprising that Digital World Acquisition shares, which act as a proxy for TMTG in the pre-merger phase, ended up as the biggest beneficiary of this ongoing social media maelstrom.

Bear in mind that Musk and Trump had both expressed somewhat positive feelings toward each other at the start of the CEO of Tesla's attempt to buy Twitter. For instance, Musk had stated in an interview that he would reverse the "morally bad" and "flat out stupid" decision to evict Trump from Twitter. However, in recent days, bad blood between the two volatile personalities seems to have gained the upper hand, with the former US President going so far as to label Musk a "bullshit artist".

Digital World Acquisition shares have tumbled over 40 percent so far this year as the relatively healthy adoption rate of the TRUTH Social app has been somewhat neutralized by stability issues, slow onboarding in the initial stage, and the growing list of probes that have now been initiated against DWAC.

The SEC is currently investigating Digital World Acquisition for securities fraud based on reports that the SPAC might have held private and undisclosed discussions about the merger with TMTG as early as May 2021 but failed to disclose this information in subsequent filings with the SEC.

retail crowd was all over $DWAC today

a lot of focus already in premarket pic.twitter.com/jOM4DBmkIx

Meanwhile, the fate of Trump's TRUTH Social app – and, by extension, that of Digital world Acquisition – appears to be inextricably linked with Twitter's, with the weakness in one generating strength in the other and vice versa. Given these dynamics, the retail investors appear to be paying close attention to the price action in DWAC shares for now, as demonstrated in the tweet above.

Wccftech Finance strictly adheres to political neutrality. Any reference to former President Trump or the SPAC Digital World Acquisition does not mean that we support or oppose his policies. This is purely a financial post featuring objective analysis.