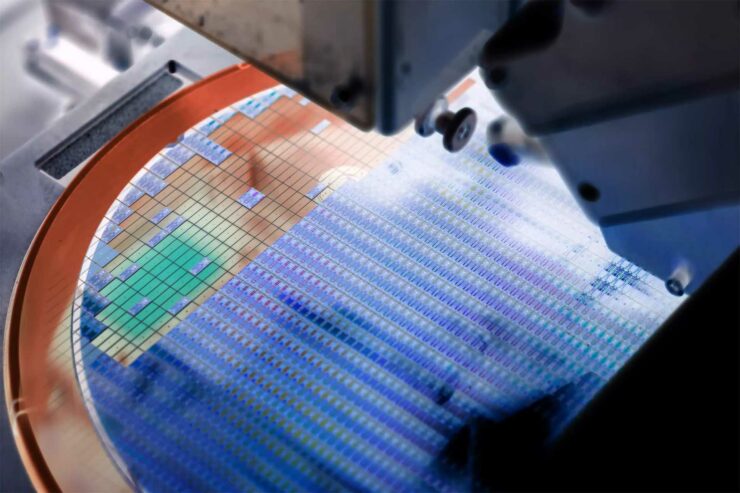 A former procurement manager for the Taiwan Semiconductor Manufacturing Company (TSMC) has been fined NT$2.5 million as part of a violation of his non-compete agreement with the chipmaker. The former employee, Xue Zongzhi, had left his role at TSMC to take up a similar position at a Chinese wafer supplier, which violated his agreement with TSMC the company had argued. In response, Mr. Zongzhi retorted that his experience in procurement was not subject to a non-compete agreement and by taking up a role at his new employer, he had leveraged his skills acquired through time spent in the industry.

The report comes courtesy of the Taiwanese publication United Daily News (UDN) and it states that Mr. Zongzhi's appeals against the court's decision have been rejected. The controversy surrounding his departure started in 2016 when he left TSMC to join a Chinese wafer company within months of his departure.

Mr. Zongzhi had been managing TSMC's purchasing department since 2011 and chose to leave the role in July 2016. As per the UDN, his contract with the company prohibited him from taking up similar roles at competing firms which were defined as companies that are engaged in "semiconductor wafer manufacturing and services." However, in December of the same year, the executive took up a role as the vice president of procurement at the Yangtze River Storage Company which is a part of the Continental Ziguang Group and owned in it entirety by the Wuhan Xinxin Integrated Circuit Company.

The Wuhan Xinxin Integrated Circuit Company (XMC) is a direct competitor of TSMC, argued the company, since it also manufactures and sells semiconductors. As a result, the Taiwanese fab sent a legal notice to Mr. Zongzhi, asking him to resign from his new position, but failed to receive a response.

Subsequently, TSMC sent him a notice to pay damages equal to NT$15.5 million in a lawsuit. The suit also claimed that the former manager had leaked TSMC's trade secrets such as its order contracts, bids and product prices as part of his new position.

However, Mr. Zonghzi insisted that prices and bids were not proprietary information and TSMC does not use them to compete with other companies. He also outlined that his experience over the years is not TSMC's intellectual property and that XMC is a small fish compared to TSMC, which is the world's largest contract manufacturer of semiconductors and chips.

As the UDN reports, the court sided with TSMC in the affair, and it ruled that contracts, bids and prices are sensitive information which is indeed used by the chipmaker to compete with rivals. It also held that Mr. Zhongzhi's contract with TSMC did prevent him from working for other chip manufacturers, but that he was free to work with non-chip manufacturers. Finally, the court also rejected the manager's claim that XMC is not TSMC's rival, as it stated that the reality is to the contrary as both engage in manufacturing semiconductors.

However, it reduced the damages owed to TSMC since the company was unable to prove how Zongzhi's departure led to losses. TSMC's share price has grown consistently since the former manager left the company, and its profits have also grown significantly. Subsequently, Zhongxi was sentenced to pay NT$2.5 million in damages to his former employer.