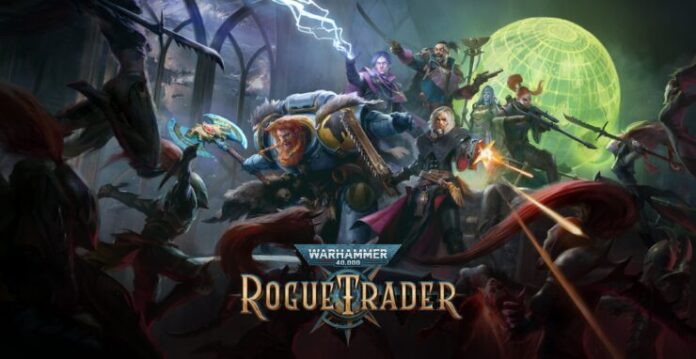 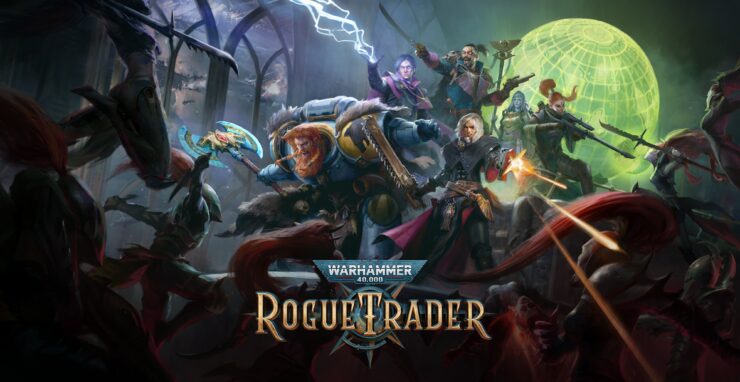 If you google Owlcat Games and read the little tag for their site, you will see that they have it as "We create cRPGs". I'd find it hard to disagree with such a statement with the Russian developer having proven their mettle in their first two titles; Pathfinder: Kingmaker and Pathfinder: Wrath of the Righteous. Earlier this year, Games Workshop announced that Owlcat are working on a brand new IP, and not a small one at that - the next game by the developer would be Warhammer 40K: Rogue Trader.

I recently saw even more details about the upcoming CRPG in a presentation that lasted close to one hour, covering the lore, characters and their development, combat, and more. Here are my impressions of Warhammer 40K: Rogue Trader based on what Owlcat showed me.

I must be honest; I don't know much about the Warhammer 40K universe. Not beyond what I've learned playing games like Dawn of War, Space Hulk, Battlefleet Gothic and other titles set within the expanded universe - as well as anything I have read on the font of all knowledge, Wikipedia. For those who don't know, Rogue Traders are free agents of humanity, beholden to no law beyond the boundaries of the Imperium of man, trading, influencing and paving the way for the Imperium however you please.

How this will impact the story of the game, I don't know. Owlcat didn't tell me. I know that your team will feature characters from all races. Necrons, Aeldari, Space Marines and more, As you play through Warhammer 40K: Space Marine, you can bring in anybody from any race you want. When entering a mission, you can bring up to six characters on your team, allowing for multiple permutations and tactical opportunities.

Each character within your squad will also have multiple options available to them. The game features a career system, where each character will select a career but also have a side career. The multi-class system will increase your tactical opportunities in battle, with a more advanced career made available later. In addition to careers adding abilities, the choice of weapons equipped will also do this. Each character in your squad can end up with 20+ abilities at any time, giving more than enough options to face anything you fight.

Outside of combat, there's only one other aspect the developers told me about that I can think to mention. Due to the setting and who you are - a Rogue Trader - there are limitations on the items you'll find within the game. Unlike most RPGs, Warhammer 40K: Rogue Trader will be clear of "vendor trash". Rogue Traders are already wealthy, and they don't deal with rubbish. As such, the item system will be limited. However, there will be many lore-related items, enabling players to progress and expand the story & lore as they see fit.

Combat was the meat of the Warhammer 40K: Rogue Trader presentation. The inevitable comparison, if only because the developer made it, is to XCOM. You could probably liken it to XCOM with traditional cRPG sensibilities, where the percentage is critical, but unexpected results are always possible. For example, a Druchi marksman took a shot at one of the Rogue Traders squad and missed. Only the shot, with projectiles designed as physical elements, ended up hitting one of the other characters behind the target. The system accounts for more than just percentages; if a character is physically in the way of the stray bullet, they'll get hit.

Elements like this should add a sense of tension to the game, meaning you're never really safe. Other things to further this will be the abilities of certain enemies. One example, the Khymera, is invulnerable once it has taken damage, requiring you to hit it again to remove that invulnerability. To get past such enemies, you need a combination of characters, utilising their movement and action points efficiently, to get them in place and let you take down the two Khymeras. It should still feel challenging and sometimes overwhelming, even if you're tactically astute.

Rounding this off is a motivation system. The better you do in battle; the more motivated your characters will be. Once you've gained enough motivation, you can use a character's heroic ability. The interesting thing about these abilities is that you craft them. As you level, you'll find yourself adding elements to these abilities. In addition to the heroic ability, characters will also have a desperate measure ability if the fight is going badly, giving you that hail-mary moment, but with massive side effects when it's finished.

If there's anything else worth talking about, the quality presented was second to none for a game of its type. Zooming in highlights the massive detail that Owlcat has put into every asset. There's also a quirky dismemberment system for when something dies, giving a suitably gory and physics-based death befitting of the Warhammer 40K: Rogue Trader world. The reality is that all of this is very early days, Owlcat is aiming for a 2023 release, so there's a lot of time to wait and more to come.