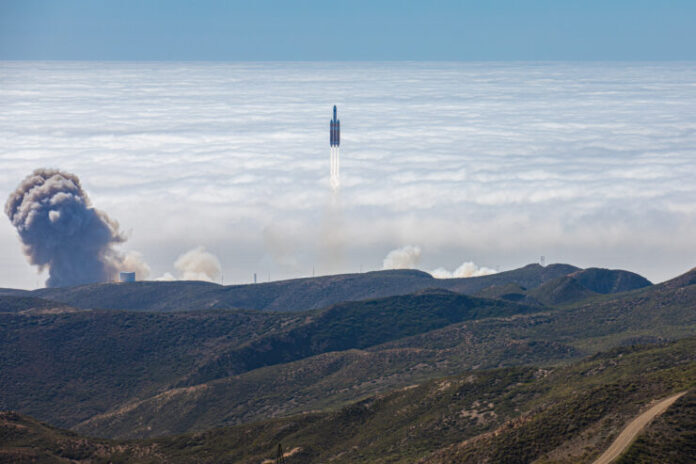 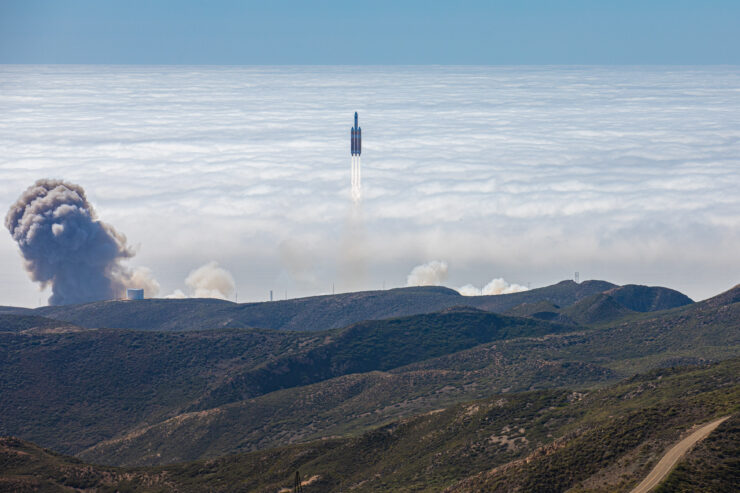 The United Launch Alliance's Delta IV Heavy rocket took to the skies from the Vandenberg Space Force Base in the evening Eastern Time yesterday. The Delta IV Heavy is ULA's heavy lift launch vehicle, which is America's only rocket that has been rated at delivering payloads greater than 20 tons to low Earth orbit (LEO).

As part of its complex launch sequence, the rocket's base sets itself on fire moments before liftoff, and the rocket has been in service since 2004 with a successful launch cadence of 14 launches and only a partial failure on the first launch. The Delta IV Heavy's latest launch saw it place a classified satellite for the National Reconnaissance Office (NRO) in an undisclosed orbit, and it marked the rocket's final flight from the Vandenberg Space Force Base in California.

Along with the SpaceX Falcon Heavy, the Delta IV Heavy is one the largest rockets in America, and it is the only rocket that has successfully demonstrated the delivery of a 20 ton payload to low Earth orbit (LEO) - which is the criteria for clarifying a rocket as heavy lift.

This launch came in 2014 when the rocket deployed NASA's Orion spacecraft to roughly 5,800 kilometers above the Eart as part of a flight test that saw the spacecraft reach reentry speeds of up to 20,000 miles per hour. The Orion is NASA's crewed capsule for the Artemis program through which the space agency aims to develop a sustainable human presence on the Moon.

Yesterday's launch was for a classified payload for the NRO, and it was the last Delta IV Heavy flight from the Western coast of the United States. The rocket now has two launches remaining before its retirement, with the final launch slated to take place in the first quarter of 2024.

After the Delta IV Heavy is retired, ULA's Vulcan rocket will carry on launching heavy payloads. The rocket uses engines developed and manufactured by Aerojet Rocketdyne, and these engines are the largest hydrogen fueled rocket engines ever flown in human history. Each engine is capable of generating 705,000 pounds feet of thrust, more than seven times the thrust produced by a single Merlin 1D engine - nine of which are used on SpaceX's Falcon 9 and 27 on the Falcon Heavy.

Another unique feature of the Delta IV Heavy is its second or upper stage. This section of the rocket uses an RL10C-2-1 engine that is capable of generating close to 25,000 pounds of thrust. Once the first and second stages of the rocket separate, the second stage's engine nozzle, which is initially retracted, deploys for it to start ignition and enter the flight configuration.

ULA is a consortium of the space divisions of aerospace giants Boeing and Lockheed Martin, and the company is America's most successful rocket firm in terms of total successful missions for other customers. However, unlike SpaceX, its rockets are not reusable and therefore come with a higher price tag per launch.

The company is currently in a partnership with Blue Origin for the engines for its Vulcan rocket, and some of its rockets have used Russian engines which will be phased out soon due to regulations passed by the US. government. The Vulcan will be another heavy lift rocket, with a designed payload capacity of 27 tons to LEO - significantly lower than SpaceX's Starship rocket, which is also under development and plans to lift at least 100 tons to LEO.

The post Watch America’s Largest Rocket Set Itself On Fire Before Rare Launch by Ramish Zafar appeared first on Wccftech.