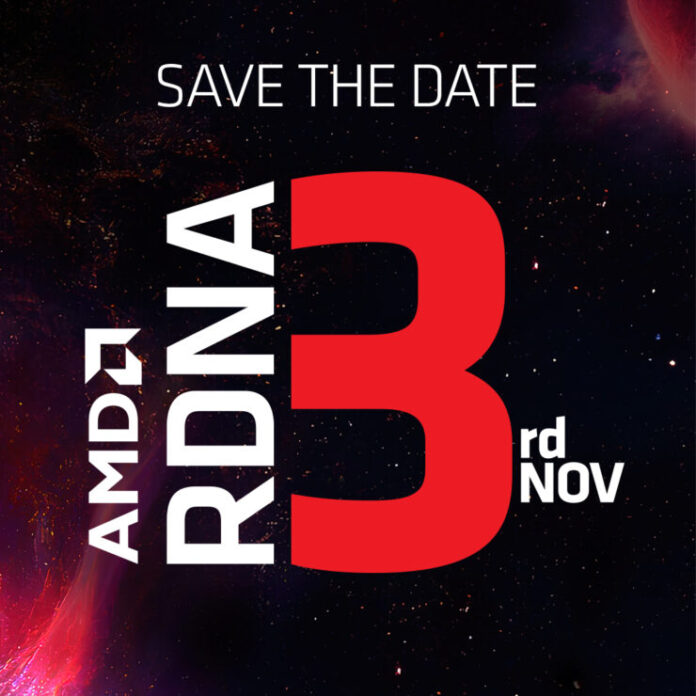 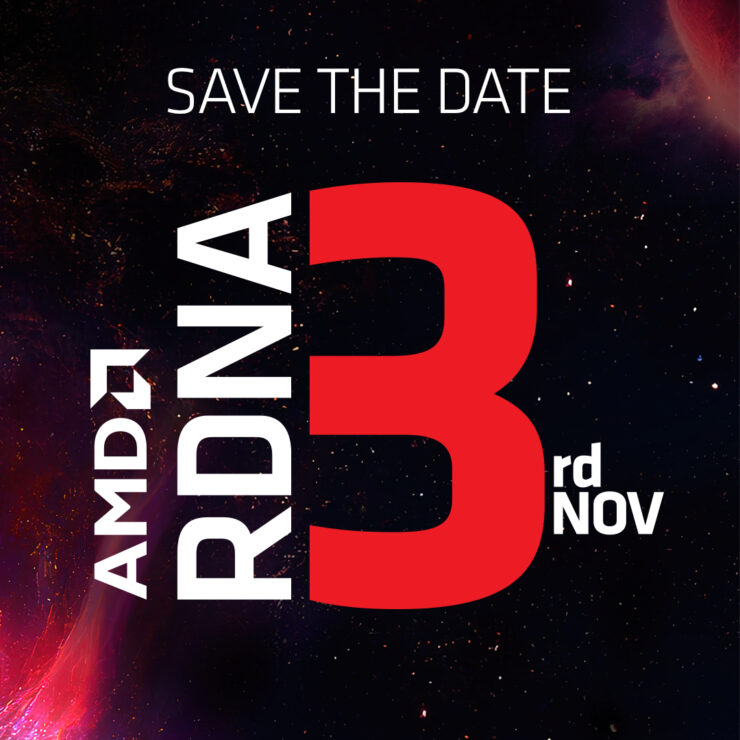 Today, AMD will be hosting its "Together We Advanced Gaming" livestream where the company will unveil its Radeon RX 7000 "RDNA 3" GPUs.

Chiplets Come To Gaming GPUs! AMD Radeon RX 7000 "RDNA 3" Graphics Card Unveil Is Only 24 Hours Away, Tune In to The Livestream here

The livestream has a sole focus and purpose, it will mark the unveiling of AMD's next-generation RDNA 3 GPUs which will power the Radeon RX 7000 series graphics cards. AMD will not only talk about the specifications but also the features and the software ecosystem that will revolve around the new gaming chips.

Join AMD for “together we advance_gaming,” announcing the next generation of GPUs built on the groundbreaking AMD RDNA

3 architecture delivering new levels of performance, efficiency, and functionality to gamers and creators.

Join us on November 3rd for the unveiling of #RDNA3 and the world premiere of exciting new footage from @CallistoTheGame, @Forspoken, a sneak peek at something amazing from our friends at @Ubisoft, and a whole lot more...

The AMD Navi 31 GPU, the flagship RDNA 3 chip, would power the next-gen enthusiast cards such as the Radeon RX 7900 XTX/XT graphics card. We have heard that AMD will drop CU (Compute Units) in favor of WGP (Work Group Processors) on its next-gen RDNA 3 GPUs. Each WGP will house dual CU (Compute Units) but with twice the SIMD32 clusters as opposed to just 2 on each CU within RDNA 2. Rumors are that AMD has the option to select between Samsung and TSMC for the 6nm die.

According to the latest information, the AMD Navi 31 GPU with RDNA 3 architecture is expected to offer a single GCD with 48 WGPs, 12 SAs, and 6 SEs. This will give out a total of 12,288 SPs or stream processors. This is an increase of 2.4x in cores compared to the 5120 SPs featured on the Navi 21 GPU. The GPU or the Navi 31 GCD is said to measure 308mm2 and will come packaged on TSMC's 5nm process node.

The Navi 31 GPU will also carry 6 MCD's which will feature 16 MB Infinity Cache per die and are also likely to carry the 64-bit (32-bit x 2) memory controllers that will provide the chip with a 384-bit bus interface.

While this equals 96 MB of Infinity Cache which is lower than the 128 MB featured on the current Navi 21 GPUs, there's also a 3D-Stacked solution in the works which was pointed out recently and that would double the Infinity Cache with 32 MB (16 MB 0-hi + 16 MB 1-hi) capacities for a total of 192 MB of cache. This is a 50% increase versus the current Navi 21 design and it also makes Navi 31 the first GPU with both, chiplet and 3D stacked designs. These chiplets or MCD's will be fabricated on TSMC's 6nm process node and measure 37.5mm2 each.

There will also be a cut-down variant that will feature the Navi 31 XT GPU core. This chip is going to pack 42 WGPs or 10,752 cores. That's 12.5% fewer cores than the full-fat variant. The GPU will also run at slightly lower clock speeds but the power draw will be lower.

The graphics card will also feature 20 GB of GDDR6 memory across a 320-bit wide bus interface. Since there are only 5 MCDs enabled, the card will end up with 80 MB of Infinity Cache which is 16MB lower than the top variant and a 16.6% decrease.

AMD's SVP & Technology Architect, Sam Naffziger, has already highlighted that the next-generation RDNA 3 GPUs featured on the Radeon RX 7000 GPUs and next-gen iGPUs, will offer a range of new technologies including a refined adaptive power management tech to set workload-specific operation points, making sure that the GPU only utilizes the power required for the workload. The GPUs will also feature a next-gen AMD Infinity Cache which will offer higher-density, lower-power caches and reduced power needs for the graphics memory.

Looking ahead, we’re continuing our push for more efficient gaming with AMD RDNA 3 architecture. As the first AMD graphics architecture to leverage the 5nm process and our chiplet packaging technology, AMD RDNA 3 is on track to deliver an estimated >50 percent better performance per watt than AMD RDNA 2 architecture – truly bringing top-of-the-line gaming performance to gamers in cool, quiet, and energy-conscious designs.

Contributing to this energy-conscious design, AMD RDNA 3 refines the AMD RDNA 2 adaptive power management technology to set workload-specific operating points, ensuring each component of the GPU uses only the power it requires for optimal performance. The new architecture also introduces a new generation of AMD Infinity Cache, projected to offer even higher-density, lower-power caches to reduce the power needs of graphics memory, helping to cement AMD RDNA 3 and Radeon graphics as a true leaders in efficiency.

We’re thrilled with the improvements we’re making with AMD RDNA 3 and its predecessors, and we believe there’s, even more, to be pulled from our architectures and advanced process technologies, delivering unmatched performance per watt across the stack as we continue our push for better gaming.

AMD will be unveiling its RDNA 3 GPU architecture and the Radeon RX 7000 graphics cards on the 3rd of November while the actual retail launch will take place a few weeks later.

Which next-generation flagship GPU will win the overall performance crown?