All the modern, high-end smartphones share one thing... an excellent camera system. You are getting access to the main camera, an ultra-wide camera, a telephoto camera, and sometimes, a macro camera, as well. Although these cameras are excellent, you cannot attach full-sized lenses that you would normally attach to a mirrorless camera. Well, the Xiaomi 12S Ultra Concept is looking to change that.

Want to Attach a Lens to Your Smartphone? The Xiaomi 12S Ultra Concept is Going to Let You Do Just That

Xiaomi has gone ahead and introduced the Xiaomi 12S Ultra Concept in partnership with Leica and it allows you to attach a camera lens to your smartphone camera. The company has said that you can attach a Leica M-series lens module to the phone.

You can look at the image below to have a better understanding. 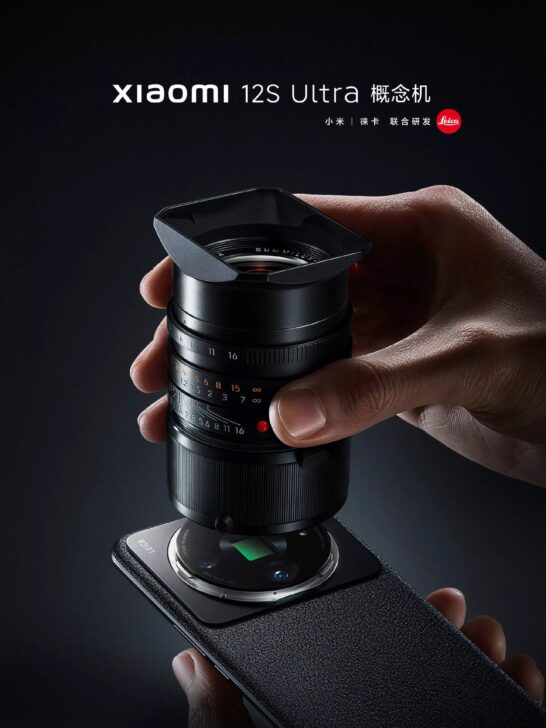 In addition to that, the Xiaomi 12S Ultra Concept is also equipped with two one-inch sensors including a center-mounted sensor that can attach to the lens module. It is safe to guess that the company is using Sony's IMX989 camera sensor that we have seen on the standard 12S Ultra.

At the time of writing, it is unclear if you can attach other Leica lens modules to the smartphone and get more flexibility, but with the Xiaomi 12S Ultra Concept, the company has promised much better "optical power" when you are opting for the configuration.

Sadly, Xiaomi has not given us any other details such as the lens capabilities or the smartphone specs. Considering how the Xiaomi 12S Ultra Concept is still a concept, it might never become a reality. however, if you look closely, the lens can go all the way down to f/16, from f/1.4. A video shared by Xiaomi on its Weibo channel also confirms that users will have access to features such as focus peaking, zebra lines, histogram, and 10-bit RAW shooting.

We are also not sure if this tech is going to approach commercially available smartphones but it is more than safe to say that this move is a bold one and can take smartphone photography to the next level.

The post Xiaomi 12S Ultra Concept Allows You to Attach Full-Sized Lenses onto the Phone by Furqan Shahid appeared first on Wccftech.