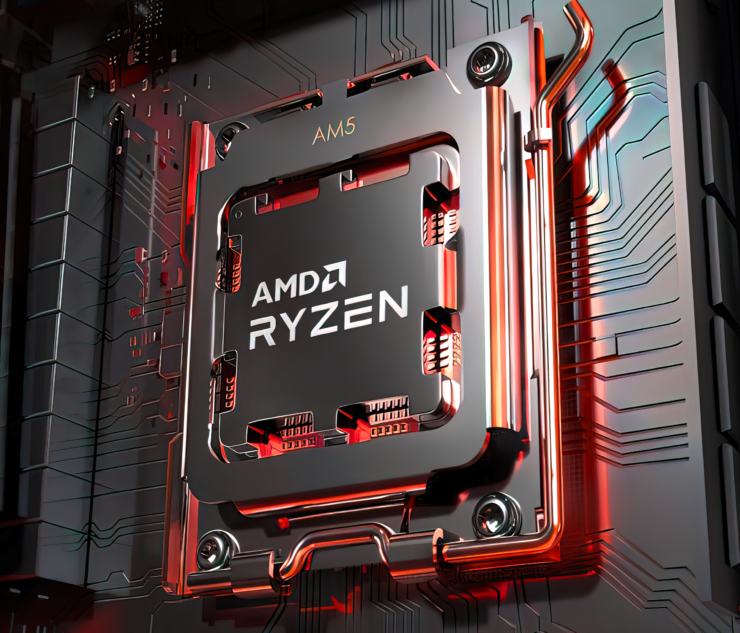 Last month, Microcenter announced that it would be giving away a free 32 GB DDR5-5600 memory kit along with a small $20 US discount on each purchase of AMD's Ryzen 7000 Desktop CPUs. Now, it looks like the retailer is continuing this promotion and making it even more encouraging.

The AMD Ryzen 7000 Desktop CPUs feature support for only DDR5 memory on the new AM5 board platform. As such, getting a new motherboard and memory kit along with the CPU itself is going to be quite an expensive upgrade.AMD has introduced a total of four chipsets for its Ryzen 7000 CPU lineup which includes X670E, X670, B650E, and B650 but none of them offer the same value as the AM4 offerings. The B650 lineup which was supposed to start at $125 US realistically starts at over $160 US.

Heck here's additional deals you can add on top:
$25 OFF Processors: https://t.co/efkofyivYW
$25 OFF if you submit: https://t.co/mxNKQiVsx6 pic.twitter.com/FX8IEwTw79

Recent sales figures have also shown that the AM5 platform isn't doing particularly well against the older AM4 family. Even the Intel LGA 1700 platform is doing well compared to AMD's new platform.

Not only that, but Microcenter is also offering $50 US off on all AMD Ryzen 7000 Desktop CPUs on the purchase of a compatible eligible motherboard. (DDR5 memory + $50 US Off). deals are only applicable to the in-store purchases at Microcenter and you can check out the following links for the prices:

It's not just Microcenter that's offering deals like these. Japanese retail outlet, Tsukumo is currently offering an AMD Ryzen 9 7950X and X670E Taichi motherboard bundle for 11,500 Yen (down from 12,650 Yen). The deal is also applicable with AMD Ryzen 9 7900X and Ryzen 7 7700X while the AMD Ryzen 5 7600X is omitted here too. The deal started today and will last till the 5th of November.

There are definitely the pricing and upgrade costs that are making people cautious about upgrading to the AM5 platform this early. However, we have heard reports that AMD is cutting down the production capacity of the standard chips and moving that to the next-gen Ryzen 7000 3D family which is expected to be introduced at CES 2023 . Given the huge increase in gaming performance that the 3D V-Cache Zen 4 chips will offer, we can see renewed interest in the AM5 platforms among gamers and enthusiasts.

The post You Will Get A Free 32 GB DDR5-5600 Kit & $50 US Off AM5 Motherboards If Your Purchase An AMD Ryzen 7000 CPU At Microcenter by Hassan Mujtaba appeared first on Wccftech.